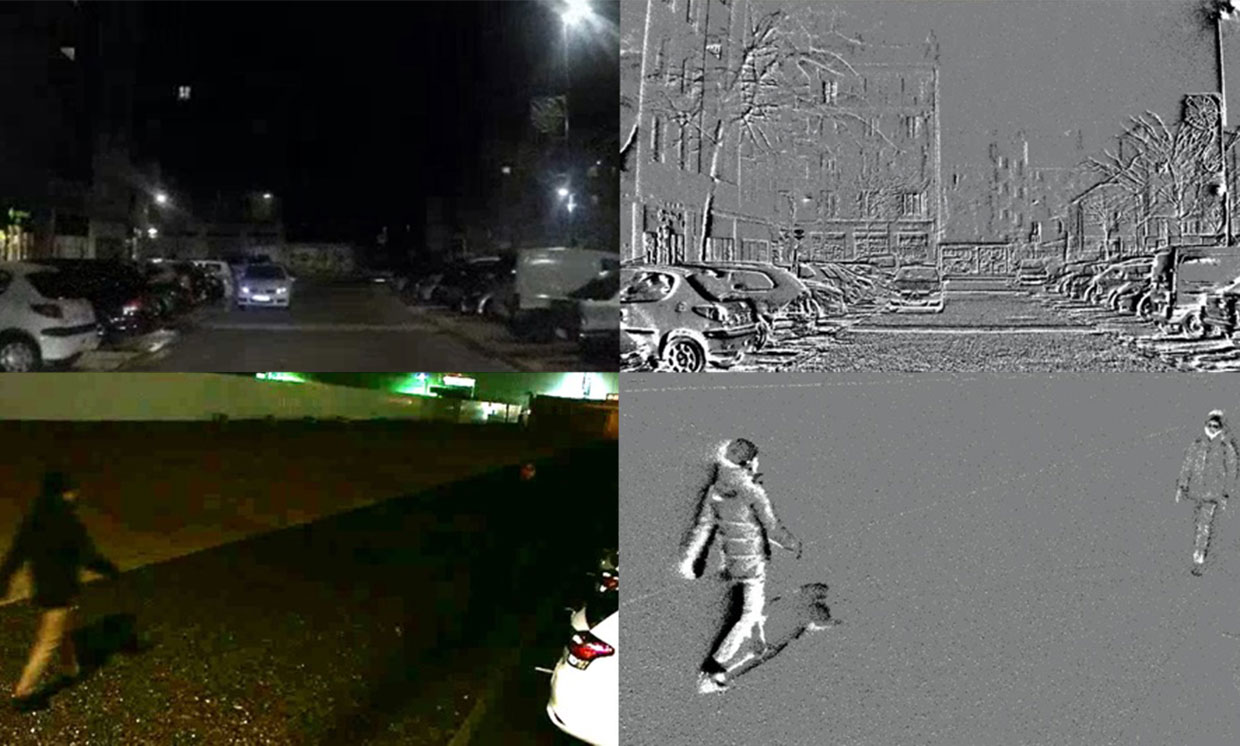 There’s something inherently inefficient about the way video captures motion today. Cameras capture frame after frame at regular intervals, but most of the pixels in those frames don’t change from one to the other, and whatever is moving in those frames is only captured episodically.

Event-based cameras work differently; their pixels only react if they detect a change in the amount of light falling on them. They capture motion better than any other camera, while generating only a small amount of data and burning little power.

Paris-based startup Prophesee has been developing and selling event-based vision sensors since 2016, but the applications for their chips were limited to systems that needed only VGA resolution. The sensor resolution was limited because the circuitry surrounding the light-sensing elements took up so much space. In a partnership announced this week at the IEEE International Solid-State Circuits Conference in San Francisco, Prophesee worked with Sony to put that circuitry on a separate chip that sits behind the pixels.

“Using the Sony process, which is probably the most advanced process, we managed to shrink the pixel pitch down to 4.86 micrometers” from their previous 15 micrometers, says Luca Verre, the company’s cofounder and CEO.