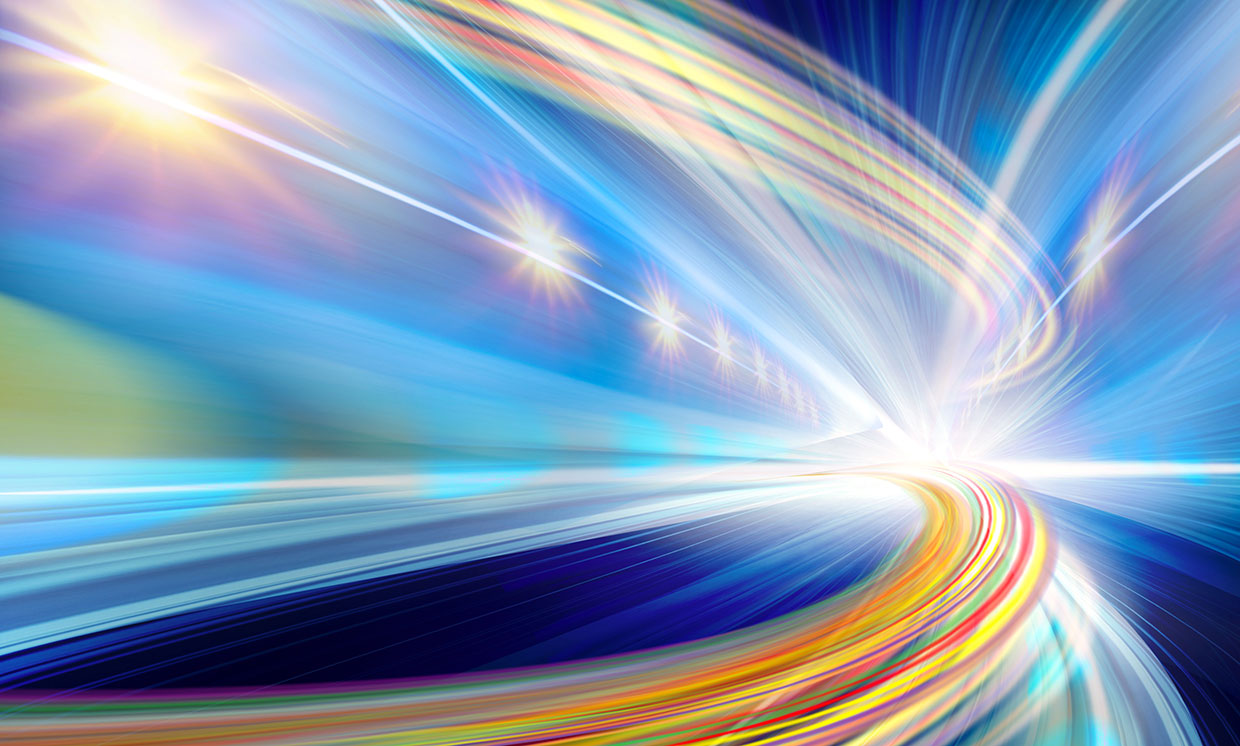 Press releases about fiber optics, like baseball stories, report many types of records. The two new fiber-optics records reported last month at Conference on Optical Fiber Communications (OFC 2020) are definitely major league. A team from Japan’s National Institute for Communications Technology (NICT) has sent a staggering 172 terabits per second through a single multicore fiber—more than the combined throughput of all the fibers in the world’s highest-capacity submarine cable. Not to be outdone, Nokia Bell Labs reported a record single-stream data rate of 1.52 terabits per second, close to four times the 400 gigabits per second achieved by the fastest links now used in data centers.

The IEEE-cosponsored OFC 2020 could have used some of that capacity during the 9–12 March meeting in San Diego. Although many exhibitors, speakers, and would-be attendees dropped plans for the show as the COVID-19 virus spread rapidly around the world, the organizers elected to go ahead with the show. In the end, a large fraction of the talks were streamed from homes and offices to the conference, then streamed to remote viewers around the world.

Telecommunications traffic has increased relentlessly over recent decades, made possible by tremendous increases in the data rates that fiber-optic transmitters can push through the standard single-mode fibers that have been used since the 1990s. But fiber throughputs are now approaching the nonlinear Shannon limit on information transfer, so developers are exploring ways to expand the number of parallel optical paths via spatial-division multiplexing.

Spatial-division multiplexing is an optical counterpart of MIMO, which uses multiple input and output antennas for high-capacity microwave transmission. The leading approaches: packing many light-guiding cores into optical fibers or redesigning fiber cores to transmit light along multiple parallel paths through the core that can be isolated at the end of the fiber.

Yet multiplying the number of cores has limits. They must be separated by at least 40 micrometers to prevent noise-inducing crosstalk between them. As a result, no more than five cores can fit into fibers based on the 125-micrometer diameter standard for long-haul and submarine networks. Adding more cores can allow higher data rates, but that leads to fiber diameters up to 300 µm, which are stiff and would require expensive designs for cables meant for submarine applications.

In a late paper, Georg Rademacher of NTIC described a new design called close-coupled multi-core fibers. He explains that the key difference in that design is that “The cores are close to each other so that the signals intentionally couple with each other. Ideally, the light that is coupled into one core should spread to all other cores after only a few meters.” The signals resemble those from fibers in which individual cores carry multiple modes, and require MIMO processing to extract the output signal. However, because signals couple between cores over a much shorter distance in the new fibers than in earlier few-mode fibers, the processing required is much simpler. [READ MORE]