Your Next Salad Could Be Grown by a Robot 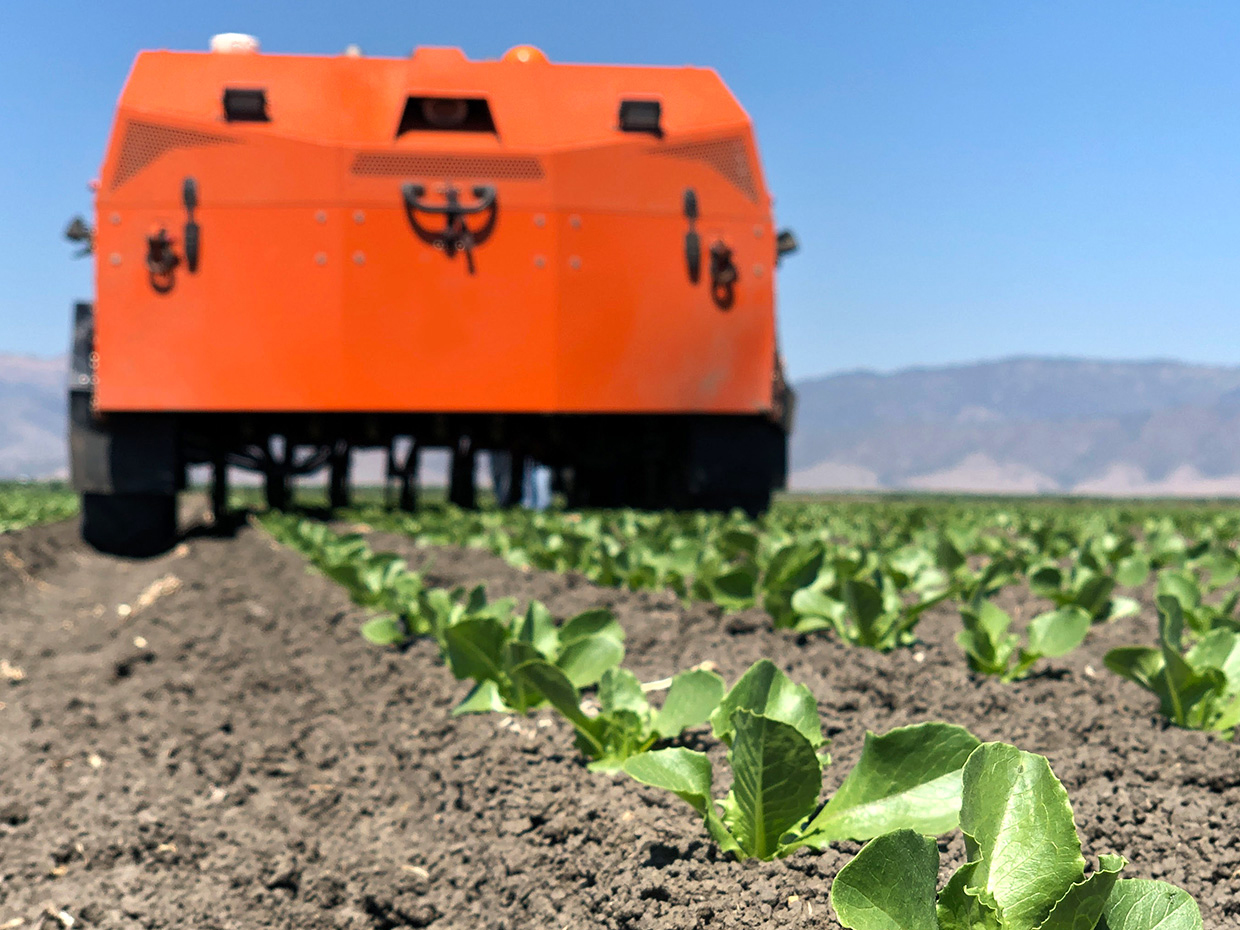 At first glance, the crops don’t look any different from other crops blanketing the Salinas Valley, in California, which is often called “America’s salad bowl.” All you see are rows and rows of lettuce, broccoli, and cauliflower stretching to the horizon. But then the big orange robots roll through.

The machines are on a search-and-destroy mission. Their target? Weeds. Equipped with tractorlike wheels and an array of cameras and environmental sensors, they drive autonomously up and down the rows of produce, hunting for any leafy green invaders. Rather than spraying herbicides, they deploy a retractable hoe that kills the weeds swiftly and precisely.

The robots belong to FarmWise, a San Francisco startup that wants to use robotics and artificial intelligence to make agriculture more sustainable—and tastier. The company has raised US $14.5 million in a recent funding round, and in 2020 it plans to deploy its first commercial fleet of robots, with more than 10 machines serving farmers in the Salinas Valley.

FarmWise says that although its robots are currently optimized for weeding, future designs will do much more. “Our goal is to become a universal farming platform,” says cofounder and CEO ­Sébastien Boyer. “We want to automate pretty much all tasks from seeding all the way to harvesting.”

Boyer envisions the robots collecting vast amounts of data, including detailed images of the crops and parameters that affect their health such as temperature, humidity, and soil conditions. But it’s what the robots will do with the data that makes them truly remarkable. Using machine learning, they’ll identify each plant individually, determine whether it’s thriving, and tend to it accordingly. Thanks to these AI-powered robots, every broccoli stalk will get the attention it needs to be the best broccoli it can be.

Automation is not new to agriculture. Wheeled harvesters are increasingly autonomous, and farmers have long been flying drones to monitor their crops from above. Also under development are robots designed to pick fruits and vegetables—apples, peppers, strawberries, tomatoes, grapes, cucumbers, asparagus. More recently, a number of robotics companies have turned their attention to ways they can improve the quality or yield of crops.

Farming robots are still a “very nascent market,” says Rian Whitton, a senior analyst at ABI Research, in London, but it’s one that will “expand significantly over the next 10 years.” ABI forecasts that annual shipments of mobile robots for agriculture will exceed 100,000 units globally by 2030, 100 times the volume deployed today.

It’s still a small number compared with the millions of tractors and other farming vehicles sold each year, but Whitton notes that demand for automation will likely accelerate due to labor shortages in many parts of the world. [READ MORE]