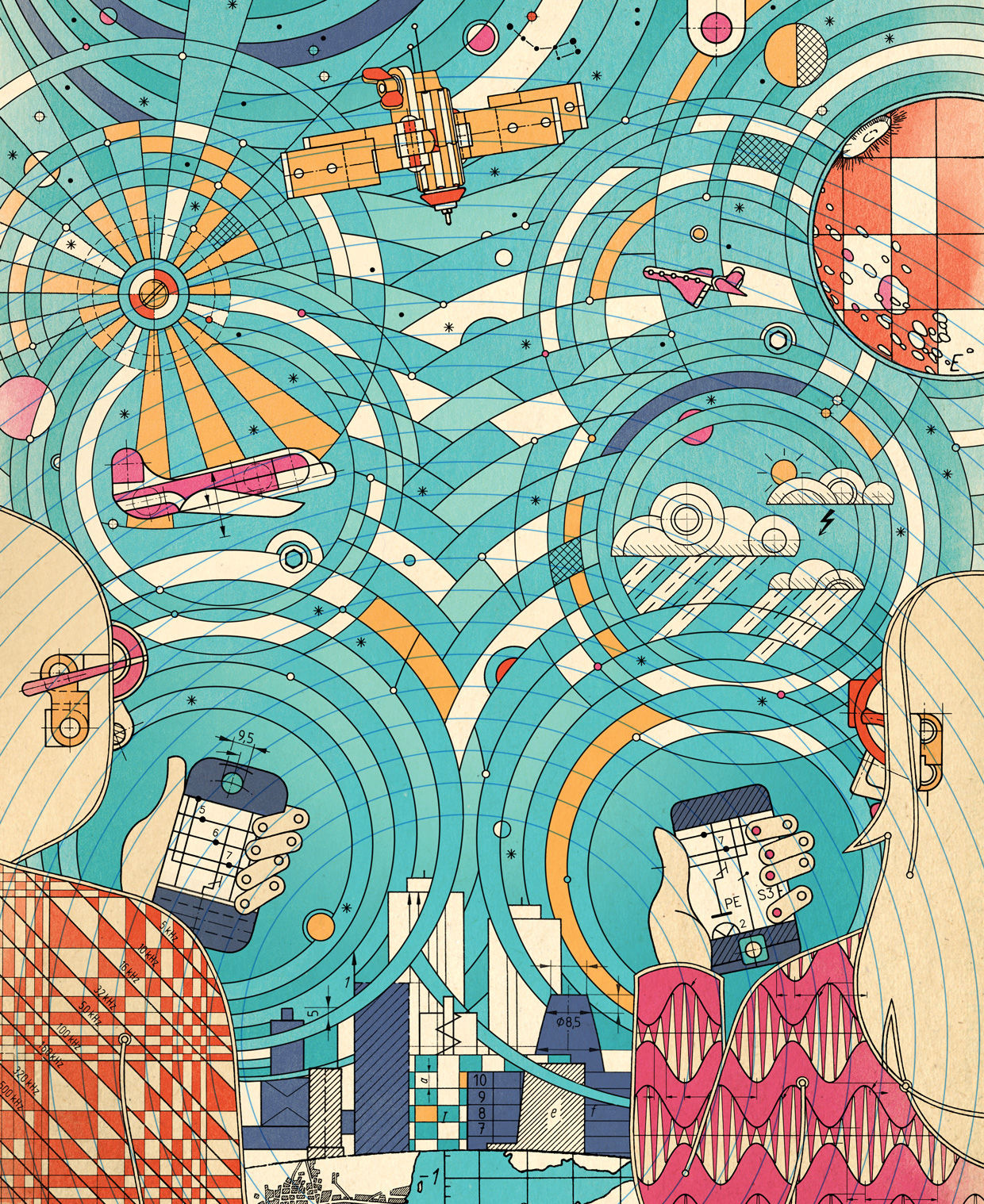 The era of telecommunications systems designed solely by humans is coming to an end. From here on, artificial intelligence will play a pivotal role in the design and operation of these systems. The reason is simple: rapidly escalating complexity.

Each new generation of communications system strives to improve coverage areas, bit rates, number of users, and power consumption. But at the same time, the engineering challenges grow more difficult. To keep innovating, engineers have to navigate an increasingly tangled web of technological trade-offs made during previous generations.

In telecommunications, a major source of complexity comes from what we’ll call impairments. Impairments include anything that deteriorates or otherwise interferes with a communications system’s ability to deliver information from point A to point B. Radio hardware itself, for example, impairs signals when it sends or receives them by adding noise. The paths, or channels, that signals travel over to reach their destinations also impair signals. This is true for a wired channel, where a nearby electrical line can cause nasty interference. It’s equally true for wireless channels, where, for example, signals bouncing off and around buildings in an urban area create a noisy, distortive environment.

These problems aren’t new. In fact, they’ve been around since the earliest days of radio. What’s different now is the explosive pace of wireless proliferation, which is being driven increasingly by the rise of the Internet of Things. The upshot is that the combined effect of all these impairments is growing much more acute, just when the need for higher bit rates and lower latencies is surging.

Is there a way out? We believe there is, and it’s through machine learning. The breakthroughs in artificial intelligence in general, and machine learning in particular, have given engineers the ability to thrive, rather than drown, in complex situations involving huge amounts of data. To us, these advances posed a compelling question: Can neural networks (a type of machine-learning model), given enough data, actually design better communications signals than humans? In other words, can a machine learn how to talk to another machine, wirelessly, and do so better than if a human had designed its signals?

Based on our work on space communications systems with NASA, we are confident the answer is yes. Starting in 2018, we began carrying out experiments using NASA’s Tracking Data Relay Satellite System (TDRSS), also known as the Space Network, in which we applied machine learning to enable radios to communicate in an extremely complex environment. The success of these experiments points to a likely future in which communications engineers are less focused on developing wireless signals and more focused on building the machine-learning systems that will design such signals. [READ MORE]