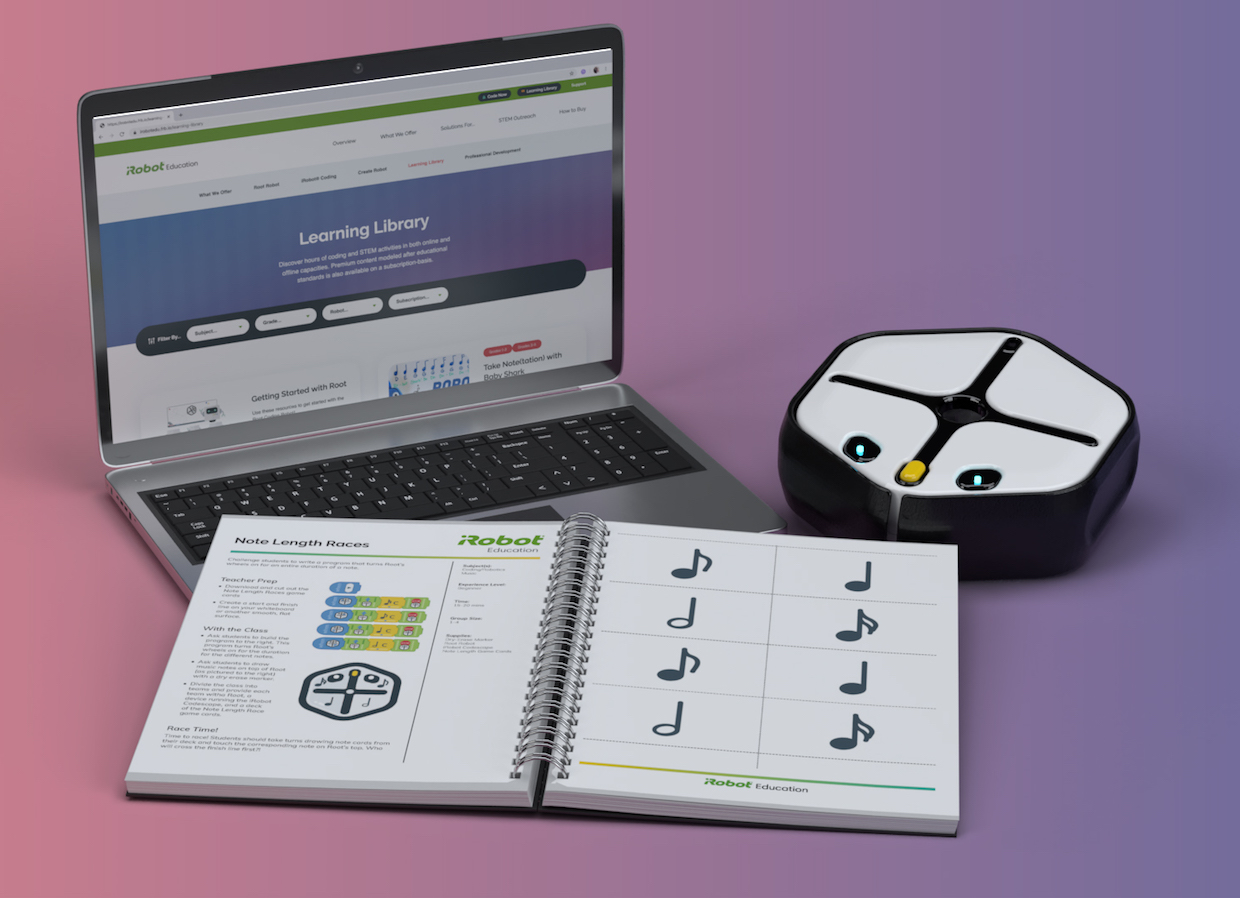 Your kids can learn to program robots from scratch, for free, on their computer or phone

About a year ago, iRobot acquired Root Robotics to help them with a major push for developing STEM education. It wasn’t just Root’s educational robot itself, but also their platform, which included software and lessons for helping kids learn how to code. Today, as part of the National Robotics Week in the United States that almost everyone seems to have forgotten about, iRobot is announcing iRobot Education—a combination of an online robot simulator along with lessons and activities that your kids (or you yourself) can use completely for free.

We’re already familiar with (and fans of) the Root coding robot, which is a great intro to coding and robotics but costs US $200. Root is likely a bit more practical for educational institutions (primary and secondary schools) that can afford to buy a handful of them to support several classrooms worth of kids, making it much more cost effective. But for individual students, or for kids who are, say, stuck at home during a pandemic and need to stay busy and/or educated, buying a robot like Root is a big investment. Fortunately, they can just do what every other roboticist does when they don’t have access to hardware: Start in simulation instead.

iRobot is launching a free (albeit proprietary) coding and simulation platform that’s compatible with most operating systems, including Android, Chrome OS (Chromebooks!), Windows, iOS, and macOS. Called iRobot Coding, it has a lot in common with coding frameworks like Blockly and Scratch, in that there are several levels of complexity to help make it super easy to start even if you’ve never coded before. The simplest level has blocks that you drag and drop into a framework that structures your code for you. Level 2 adds variables and logic functions into the mix. And Level 3 replaces the blocks with text, although text that’s still fairly user-friendly. You can switch between all three levels whenever you like, even if it’s the same piece of code, effectively translating something simple (with fewer options) into something complex (with more options), which is a great way to progress.

What’s really unique about iRobot Coding is that the coding environment includes an integrated Root simulator, meaning that the code you write can control a little simulated robot. It’s a simplified 2D representation of an actual Root robot, with many of the same (simulated) capabilities, including bumpers, pattern sensors, touch sensors, lights, and even a pen that can draw on the simulated whiteboard that the simulated robot is running on.

It’s incredibly fast and intuitive to get the little simulated Root zipping around doing stuff, and if you do end up having access to a physical Root robot, anything you develop in the simulated environment will transfer right over. While the simulator doesn’t include obstacles, iRobot is planning on adding some environments (like mazes) to challenge your programming abilities. What it does include is the ability for the simulated robot to recognize, and react to, the lines that it draws, which is an opportunity to do some clever programming. [READ MORE]