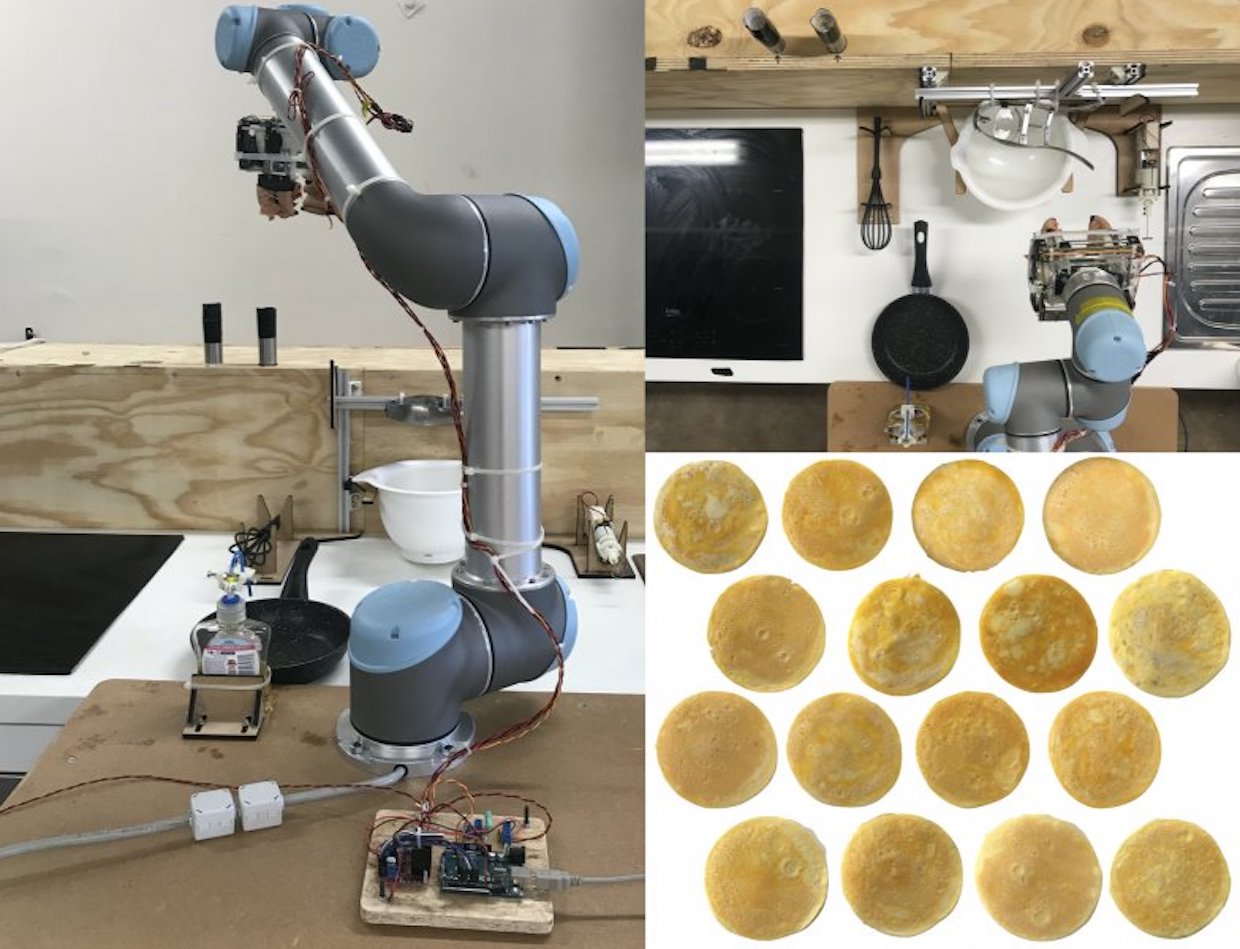 With a little bit of feedback, this robot will generate an omelet optimized just for you

Cooking robots have come a long way in a relatively short amount of time. We’re not yet at the point where we’ve got robot arms dangling from the ceiling that do all the work for us, but there are a bunch of robots out there with reasonable cookie-making skills. However, we’ve mostly seen cooking robots that are programmed to follow a specific recipe, rather than cooking robots that are programmed to cook you exactly what you want. Sometimes these are the same thing, but often cooking is (I’m told) much more about adapting a recipe to your individual taste.

For personal cooking robots to make us food that we love, they’re going to need to be able to listen to our feedback, understand what that feedback means, and then take actions to adapt their recipe or technique to achieve the desired outcome. This is more complicated than, say, adding less salt next time because it was too salty this time—the robots will have to work with less easily definable things like appearance and texture, and the totally subjective nature of human taste.

At ICRA 2020 this week, roboticists from the University of Cambridge, in England, presented a paper on OmeletteBot, a fully autonomous end-to-end omelet-cooking robot. What’s new here is that the robot is able to optimize its omelet making for different people based on how they react to a few sample omelets. Your perfect omelet is now within reach.

The goal here is for the quality of the omelet to be optimized for an individual human across a few different metrics, all of which are subjective. In this case, the omelet is being evaluated on three metrics: flavor, appearance, and texture, each on a 1 to 10 scale. Meanwhile, the robot has a variety of different parameters it can adjust, including shakes of salt, shakes of pepper, whisking time, in-pan mixing time, and time on heat.

The ideal way to approach this problem would be to have a human sample every possible combination of parameters to find their ideal omelet, but this is obviously impractical. And making everything more difficult is that humans get full quickly, our memory is short, and we change our minds often. Maybe the first omelet you taste is pretty great, so you give it an 8/10 on flavor, but your next omelet tastes twice as good—then what do you do?

The researchers employed a solution to this problem called batch Bayesian optimization. The more traditional sequential Bayesian optimization would take a human’s score of each omelet and use it to modify the cooking process for the next omelet, but this approach doesn’t work well because the human feedback is, as the researchers tell us, “often ambiguous and relative.” By running the optimization process only after all scores have been collected, the robot is able to explore many more combinations of variables, yielding a substantially better end result. Instead of the omelets gradually getting better as you go, you’ll instead be tasting them randomly, but you’ll end up with a much tastier omelet.

For more details, we spoke with authors Kai Junge and Fumiya Iida via email. Remember, since this is an ICRA paper, if you’re registered for the conference you can view their video presentation and ask your own questions in the paper Slack channel at this link. [READ MORE]