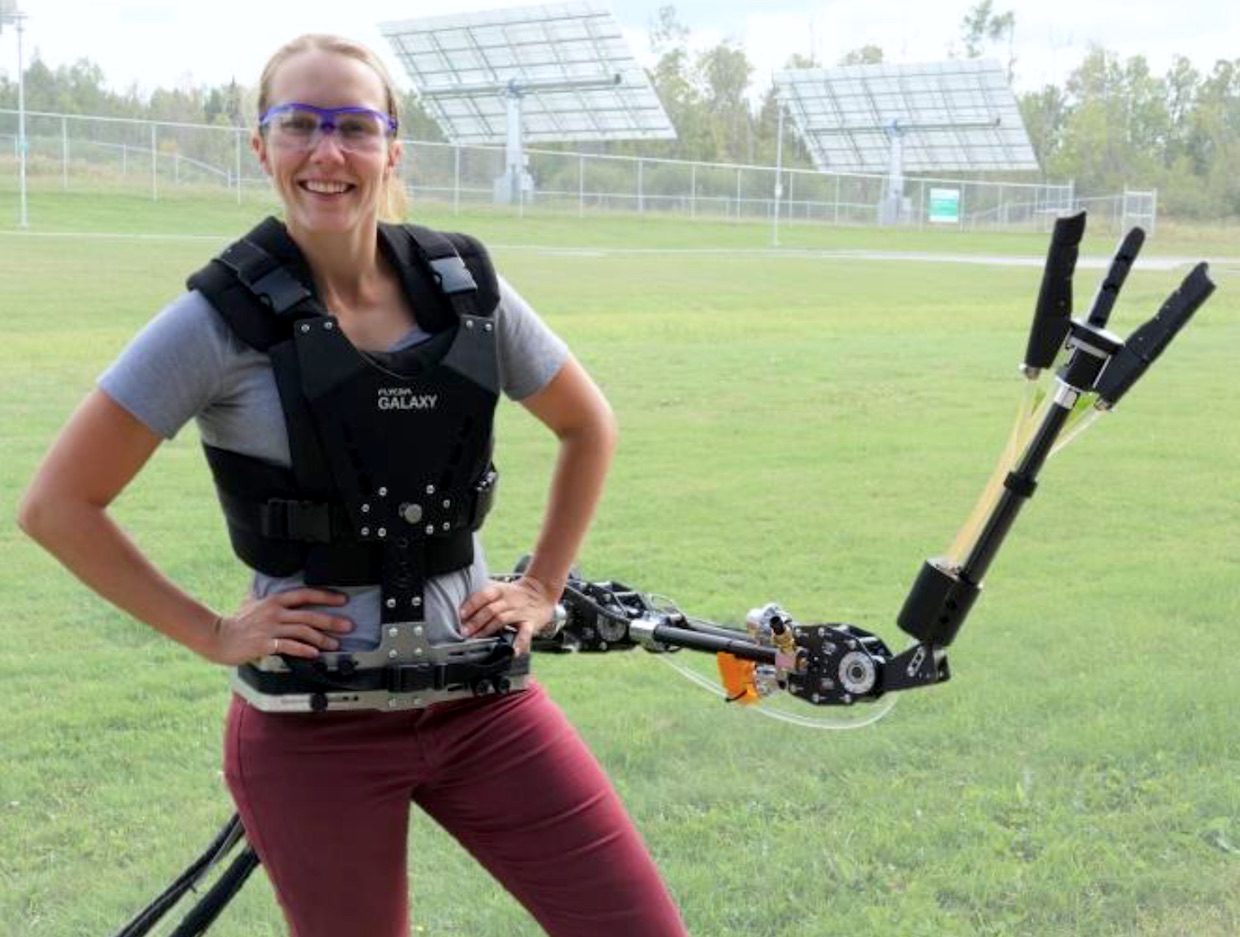 When we’ve written about adding useful robotic bits to people in the past, whether it’s some extra fingers or an additional arm or two, the functionality has generally been limited to slow moving, lightweight tasks. Holding or carrying things. Stabilizing objects or the user. That sort of thing. But that’s not what we want. What we want are wearable robotic arms that turn us into a superhero, like Marvel Comics’ Doc Ock, who I’m just going to go ahead and assume is a good guy because those robotic arms strapped to his torso look awesome.

At ICRA this week, researchers from Université de Sherbrooke in Canada are finally giving us what we want, in the form of a waist-mounted remote controlled hydraulic arm that can help you with all kinds of tasks while also being able, should you feel the need, to smash through walls.

This type of wearable robotic arm is known as a supernumerary robotic arm. The system created by the Canadian researchers has 3 degrees of freedom and is hydraulic, actuated by magnetorheological clutches and hydrostatic transmissions with the goal of “mimicking the performance of a human arm in a multitude of industrial and domestic applications.” Like wall punching. The hydraulic system provides comparatively high power, but the power system itself is connected to the user through a tether, minimizing how much mass the user has to actually wear (and keeping the inertia of the arm low) while also limiting mobility somewhat. Off-board power does put a bit of a dampener on the superhero potential, but in practical terms, users aren’t likely to be moving around all that much, and if they are, mobile options could include being tethered to an autonomous vehicle that follows you around or perhaps, eventually, a more portable backpack power unit.

The robotic arm itself weighs just over 4 kilograms, about the same as a real human arm. It can lift 5 kg, and has a maximum end effector speed of a brisk 3.4 meters per second, with a workspace that’s restricted to keep it from smashing you in the face. At the moment, there isn’t much in the way of autonomy here, with the arm being controlled by a second human via a miniature handheld arm in a master-slave configuration. The researchers suggest that adding some sensors could allow the arm to do things like pick vegetables next to the user, as well as do more collaborative tasks, like providing tool assistance. You can think of it as being able to act as a co-worker, either directly increasing productivity by performing the same task as the user in parallel, or doing some different tasks in order to free up the user to do stuff that requires creativity or judgement. [READ MORE]