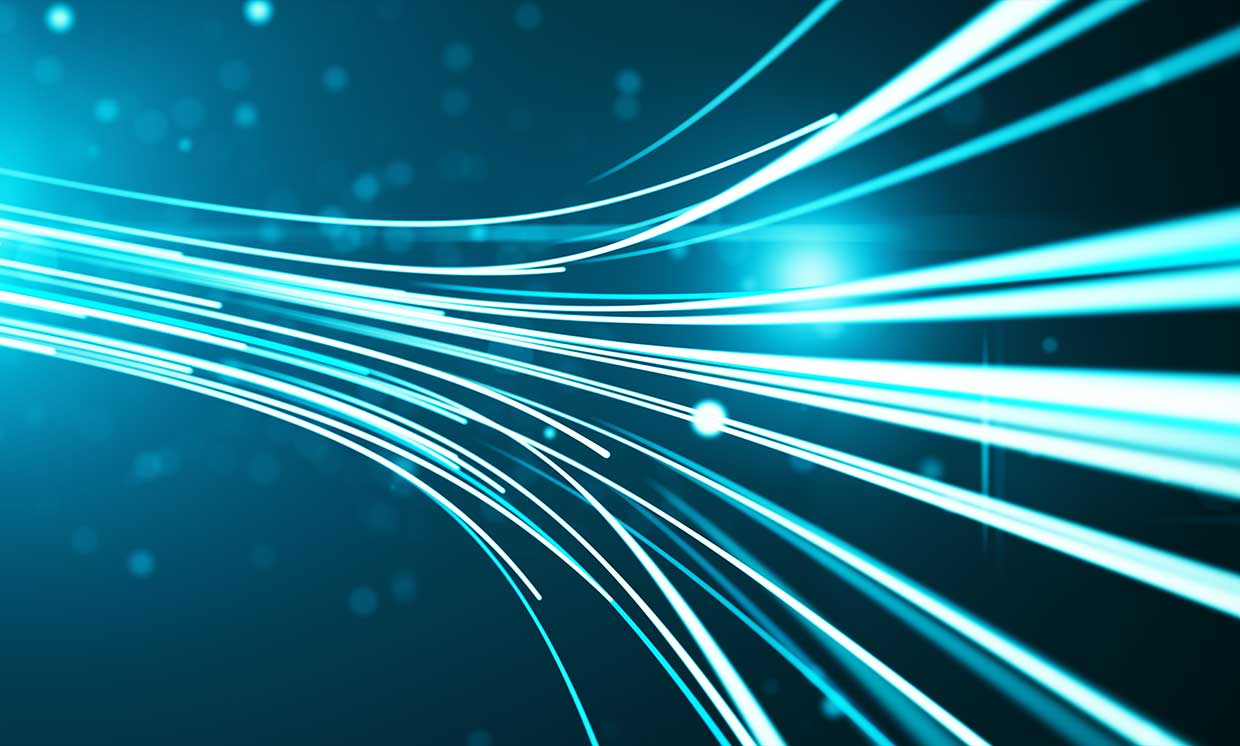 For the first time, an 800 gigabit per second connection has been made over a live fiber optic link. The connection, a joint test in June conducted by Infinera and Windstream, beamed through a fiber optic line stretching from San Diego and Phoenix. If widely implemented, 800G connections could reduce the costs of operating long-haul fiber networks.

800G should not be confused with the more commonly-known 5G cellular service. In the latter, the “G” refers to the current generation of wireless technology. In fiber optics, the “G” indicates how many gigabits per second an individual cable can carry. For most long-haul routes today, 100G is standard.

The test conducted by Infinera, an optical transmission equipment manufacturer, and Windstream, a service provider, is not the first 800G demonstration, nor is it even the first 800G over long distances. It is, however, the first demonstration over a live network, where conditions are rarely, if ever, as ideal as a laboratory.

“We purposely selected this travel route because of how typical it looks,” says Art Nichols, Windstream’s vice president of architecture and technology.

In a real-world route, amplifiers and repeaters, which boost and regenerate optical signals respectively, are not placed regularly along the route for optimal performance. Instead, they’re placed near where people actually live, work, and transmit data. This means that a setup that might deliver 800 Gbps in a lab may not necessarily work over an irregular live network.

For 800G fiber, 800 Gbps is the maximum data rate possible and usually is not sustainable over very long distances, often falling off after about 100 kilometers. The 800G test conducted by Infinera and Windstream successfully delivered the maximum data rate through a single fiber across more than 730 km. “There’s really a fundamental shift in the underlying technology that made this happen,” says Rob Shore, the senior vice president of marketing at Infinera.

“It’s the same optical signal, and we’re essentially dividing it or compartmentalizing it into separate individual data streams,” Shore says.

Infinera’s use of Nyquist subcarriers amplifies the effect of another, widely-adopted optical technique: probabilistic constellation shaping. According to Shore, the technique, originally pioneered by Nokia, is a way to “groom” individual optical signals for better performance—including traveling longer distances before suffering from attenuation. Shore says that treating each optical signal as 8 separate signals thanks to the Nyquist subcarriers essentially compounds the effects of probabilistic constellation shaping, allowing Infinera’s 800G headline data rates to travel much further than is typically possible.

What’s next for 800G after this test? “Obviously, the very first thing we need to is to actually release the product” used for the demonstration, Shore says, which he expects Infinera to do before the end of the year. 800G fiber could come to play an important part in network backhaul, especially as 5G networks come on-line around the world. All that wireless data will have to travel through the wired infrastructure somehow, and 800G fiber could ensure there will be bandwidth to spare. [READ MORE]