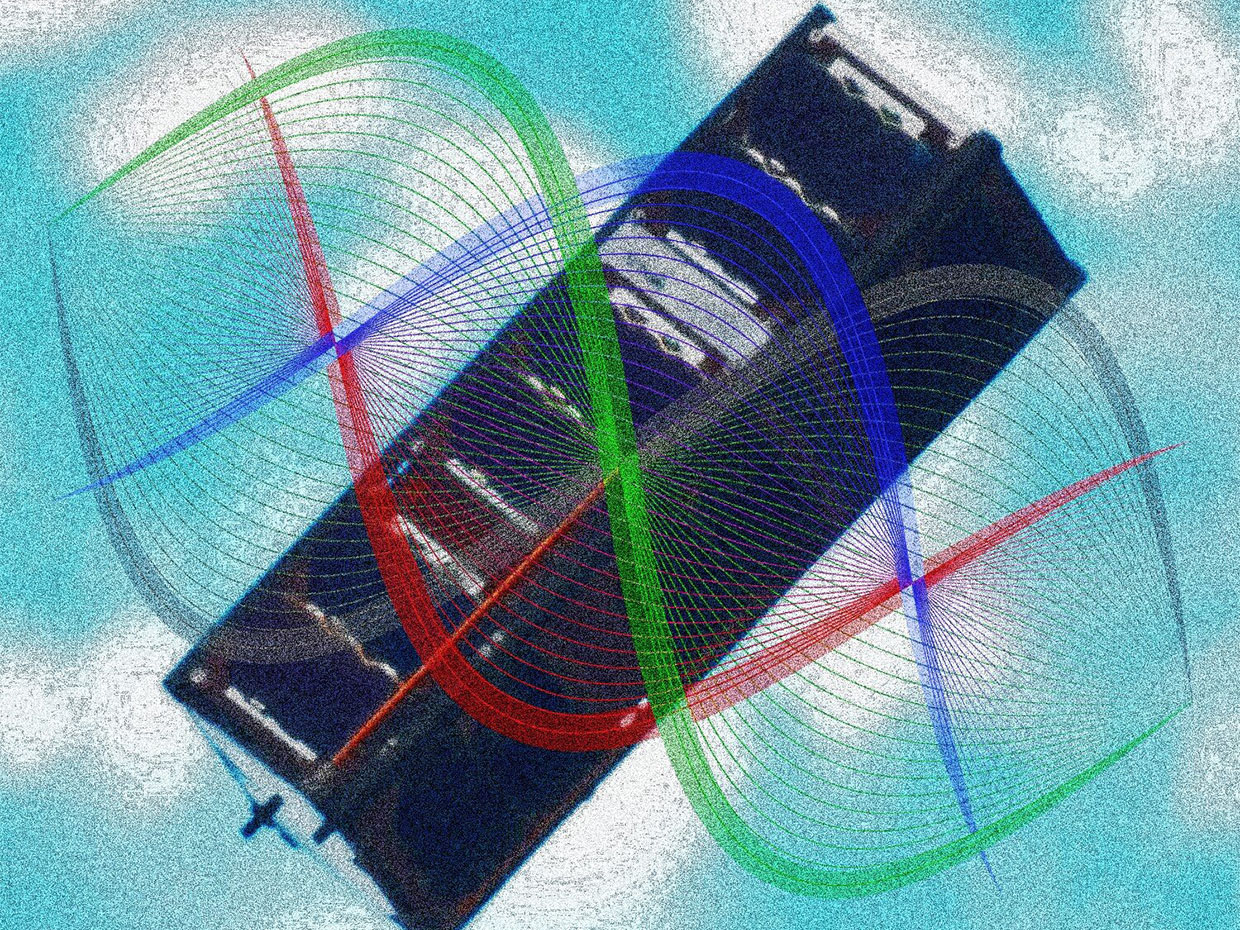 Unbreakable quantum keys that use the laws of physics to protect their secrets could be transmitted from orbiting devices a person could lift with one hand, according to experiments conducted from the International Space Station.

Researchers launched a tiny, experimental satellite loaded with optics that could emit entangled pairs of photons. Entangled photons share quantum mechanical properties in such a way that measuring the state of one member of the pair—such as its polarization—instantly tells you what the state of its partner is. Such entanglement could be the basis for quantum key distribution, in which cryptographic keys are used to decode messages. If an eavesdropper were to intercept one of the photons and measure it, that would change the state of both, and the user would know the key had been compromised.

The satellite was released from the International Space Station in June 2019, and a paper describing the experiment is published in the current issue of the journal Optica. Both the emission of the entangled pairs and their measurement took place inside the satellite.

This is not the first time entangled photons have been produced in space. China launched the Micius satellite in 2016 and used it to transmit entangled photons to separate receivers in the mountains of Tibet. But that satellite was large and weighed over 600 kilograms. This new satellite, dubbed SpooQy-1 in a nod to Einstein’s description of entanglement as “spooky action at a distance,” fits in a rectangular box measuring 10 cm tall, 10 cm wide, and 30 cm long—just the right size to hold three baseballs. It weighs only 2.6 kg.

To create an orbiting network that can transmit quantum data around the globe will require small, lightweight satellites, because they’re so much less expensive to launch, says Alexander Ling at the Centre for Quantum Technologies at the National University of Singapore, which ran the experiment with colleagues from Switzerland, Turkey, Australia, and the United Kingdom. The team used a CubeSat satellite, built of modular 10 x 10 cm cubes.

With only a tiny solar panel on board, the team needed to keep the power demand low, so they decided to forgo active alignment of the optics and lock them all into place. The device generates entangled pairs by firing a laser through a special crystal, which splits photons into two lower-energy photons. The setup also requires a mirror, a polarizer, a photodiode, and other optics that need to stay aligned during the vibrations of launch and the movement caused by thermal changes as the satellite passes into and out of sunlight. “There was a lot of design and thought that went into this thing,” Ling says. “We were just impressed at how good the system performance was.”

Not all the photons from the laser become entangled, but the team measured a rate of 2,200 entangled photons per second. Ling says they should be able to improve that rate by two orders of magnitude, simply by putting more effort into focusing the laser emission than they did in this first, experimental stage.

The next step will be to build a version with a telescope attached to aim the photons at an Earth-based receiver. That’s key to a joint program between National Research Foundation Singapore and the UK Space Agency that is spending $13 million to develop small quantum communication satellites.  Ling says it’s possible this work could lead to commercial versions as early as 2022 or 2023. [READ MORE]