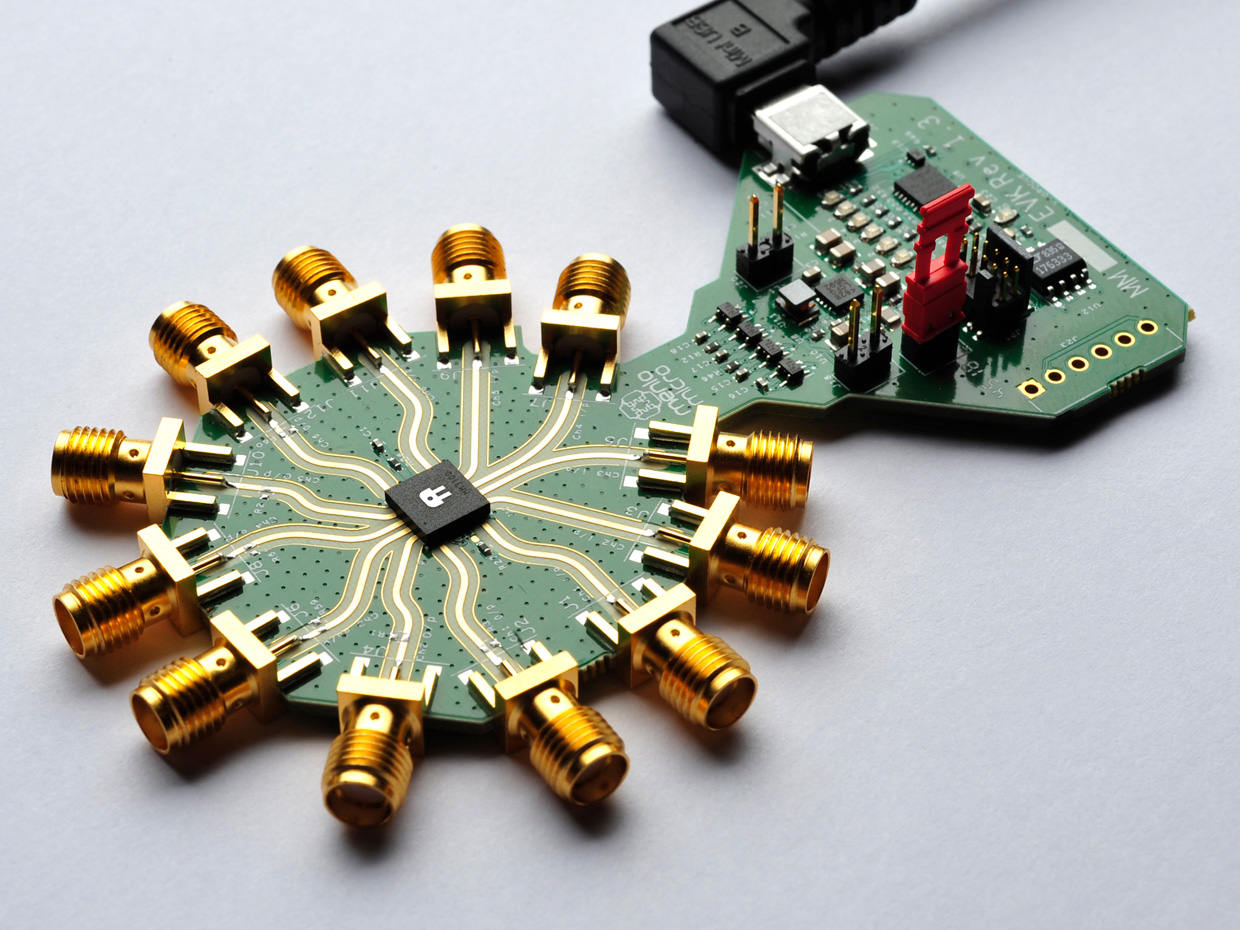 After a tumultuous, two-decade development cycle, microelectromechanical RF switches are finally being used in wireless base stations, and military radars and radios. Are smartphones next?

Twenty years ago, engineers specializing in radio-frequency circuits dared to dream of an “ideal switch.” It would have superlow resistance when “on,” superhigh when “off,” and so much more. It would be tiny, fast, readily manufacturable, capable of switching fairly high currents, able to withstand billions of on-off cycles, and would require very little power to operate. It would conduct signals well up in the tens or even hundreds of gigahertz with no distortion at all (close-to-perfect linearity).

It was no pipe dream, and there were ready markets for such a switch in big, budding industries. Sustained by breakthroughs in microelectromechanical systems, or MEMS, major projects sprang up all over the United States and Europe. Many were funded by either the Defense Advanced Research Projects Agency or a European Union Network of Excellence. And now, after one of the longer and more turbulent tech-development efforts of the 21st Century, RF MEMS switches finally appear headed for commercial success.

In the United States, two companies in particular appear to be gaining a solid foothold in fast-moving and competitive markets. Menlo Micro, in Irvine, Calif., a spinoff from GE Ventures, has more than 30 customers in aerospace, military, and wireless-infrastructure industries, according to Chris Giovanniello, a cofounder and senior vice president of the company. Meanwhile Cavendish Kinetics, a Silicon Valley company formed to develop RF MEMS switches for use in smartphones, was acquired last October by Qorvo, a leading maker of wireless devices and systems, including many used in smartphones. Terms of the deal were not released, but up to that point, Cavendish had raised more than US $58 million in at least three rounds. (Semiconductor giant Analog Devices also sells an RF MEMS switch, aimed at applications in testing and instrumentation.)

The successes come after a long, tumultuous period of intermittent high and dashed hopes. “After many, many, many companies tried, we have these two that succeeded, and good for them. And maybe 20 companies failed, and c’est la vie,” says Gabriel Rebeiz, a pioneer in RF MEMS R&D and a professor of electrical engineering at the University of California, San Diego. “One out of ten succeeding is normal for startups in technology.”

The new devices combine some of the best features of electromechanical relay switches—superlow resistance and leakage currents, and very high linearity—with some pluses of semiconductor switches: small size, very high reliability, and ruggedness. Conceptually, they’re similar to the relay switches. In operation, an electrostatic force pulls a conductive beam, called an actuator or a cantilever, toward an electrical contact. Unlike a relay, whose actuation is triggered by an electromagnet, the RF MEMS switches use a simple DC voltage in the range of 50 to 100 volts to produce a static electric field that pulls the beam to the contact. (The relatively high voltage comes from a DC-to-DC converter fed by the 3- to 5-V circuit voltage.) Because the field is static, the current and therefore power consumption are extremely low.

One of the most difficult technical challenges, says Giovanniello, was finding an electrically conductive alloy that could withstand billions of bending-unbending cycles. “The real issue was the actuator,” he says. “That’s really where GE put the bulk of its effort, coming up with alloys. We’ve developed some proprietary alloys that are highly conductive, that make them really good for relays. But they’re extremely strong mechanically, almost like polysilicons.

“GE had, for decades, done a lot of work in alloys for jet engines and it was really some of those people that helped us to solve some of these fundamental reliability issues,” he added. Menlo has not revealed the composition of its alloys, but a research paper written by GE and Menlo engineers about five years ago indicates that they were then working with separate alloys of nickel and of gold.

Giovanniello says that some of Menlo’s customers are using the devices, which measure about 50 by 50 micrometers, in wireless base stations, military radios, or phased-array radars. Increasingly, advanced radios and wireless systems are handling many different frequency bands, each selected by one or more different filters. “We’ve got customers that have 20 filters in their radio,” he says. “When you have to select between many filters with a traditional switch, you can have significant losses going through all the switches to select all the different filters.” The power losses can amount to 3 to 4 decibels, he explains, noting that a 3-dB reduction translates to a whopping 50 percent loss.

Qorvo, meanwhile, is targeting applications inside smartphones (as is Menlo Micro). It’s a gigantic market—around a billion and a half smartphones are sold each year—but it’s also one that makes extremely stringent demands on components, says Julio Costa, senior director of technology development at Qorvo. “Your phone is such a pivotal part of your day-to-day life that if [a new component] is not reliable beyond any doubt, it won’t be incorporated.”

There are a couple of obvious possible uses for the devices in smartphones, Costa explains. The first one Qorvo is pursing is antenna tuning. A modern smartphone has up to eight antennas to accommodate a number of frequency bands that is growing as wireless transitions from 4G to 5G. To better match the antennas to frequency, switches embedded along an antenna can change its configuration and also switch in resonant devices, like capacitors or inductors, to fine-tune the antenna’s response. For this application, handset makers now use semiconductor switches, based on silicon-on-insulator (SOI) technology. But the higher frequencies and linearities possible with the MEMS devices make them an attractive alternative, particularly for some 5G bands, Costa says. He expects to see handsets incorporating the switches “in a couple of years.”

In Europe, too, commercial offerings are following lengthy R&D projects. A startup called AirMems is marketing RF MEMS switches based on work at the University of Limoges, in France. And in Germany, the research institute IHP (Innovations for High Performance Microelectronics) developed a process that integrates RF MEMS switches directly into a bipolar CMOS chip.

In a far-ranging interview, Giovanniello said wireless, radar, and instrumentation applications are only the beginning. Declaring that Menlo Micro has already managed to conduct 20 amperes through one of the tiny switches, he envisions a future role for the devices as a kind of “resettable, electronically controllable fuse.”

“Every few generations, there’s a new technology that comes along that gives you a different way to make switches,” he adds. “There was only mechanical back 100 years ago and then there were vacuum tubes, and then the transistor, and then the integrated circuit. They’re all just different ways of making switches if you think about it.

“And that’s how we like to describe this ideal-switch technology. It’s a combination of the best of the mechanical and the semiconductor worlds but in the end it’s a new process technology for making switches that will allow us and our partners to make hundreds or even thousands of different products over the next decade.” [READ MORE]