25 Microchips That Shook the World 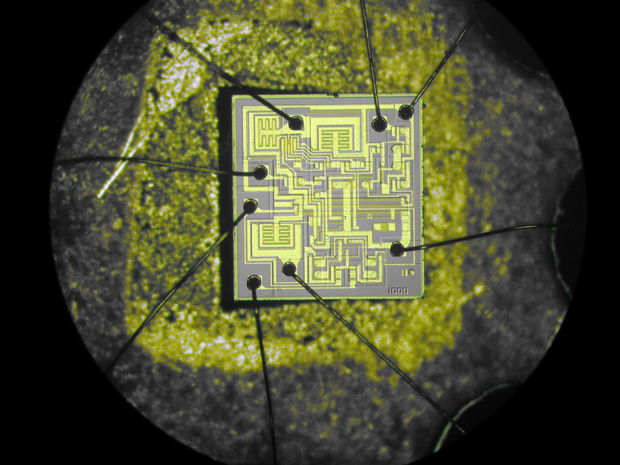 A list of some of the most innovative, intriguing, and inspiring integrated circuits

In microchip design, as in life, small things sometimes add up to big things. Dream up a clever microcircuit, get it sculpted in a sliver of silicon, and your little creation may unleash a technological revolution. It happened with the Intel 8088 microprocessor. And the Mostek MK4096 4-kilobit DRAM. And the Texas Instruments TMS32010 digital signal processor.

Among the many great chips that have emerged from fabs during the half-century reign of the integrated circuit, a small group stands out. Their designs proved so cutting-edge, so out of the box, so ahead of their time, that we are left groping for more technology clichés to describe them. Suffice it to say that they gave us the technology that made our brief, otherwise tedious existence in this universe worth living.

We’ve compiled here a list of 25 ICs that we think deserve the best spot on the mantelpiece of the house that Jack Kilby and Robert Noyce built. Some have become enduring objects of worship among the chiperati: the Signetics 555 timer, for example. Others, such as the Fairchild 741 operational amplifier, became textbook design examples. Some, like Microchip Technology’s PIC microcontrollers, have sold billions, and are still doing so. A precious few, like Toshiba’s flash memory, created whole new markets. And one, at least, became a geeky reference in popular culture. Question: What processor powers Bender, the alcoholic, chain-smoking, morally reprehensible robot in “Futurama”? Answer: MOS Technology’s 6502.

What these chips have in common is that they’re part of the reason why engineers don’t get out enough.

Of course, lists like this are nothing if not contentious. Some may accuse us of capricious choices and blatant omissions (and, no, it won’t be the first time). Why Intel’s 8088 microprocessor and not the 4004 (the first) or the 8080 (the famed)? Where’s the radiation-hardened military-grade RCA 1802 processor that was the brains of numerous spacecraft?

If you take only one thing away from this introduction, let it be this: Our list is what remained after weeks of raucous debate between the author, his trusted sources, and several editors of IEEE Spectrum. We never intended to compile an exhaustive reckoning of every chip that was a commercial success or a major technical advance. Nor could we include chips that were great but so obscure that only the five engineers who designed them would remember them. We focused on chips that proved unique, intriguing, awe-inspiring. We wanted chips of varied types, from both big and small companies, created long ago or more recently. Above all, we sought ICs that had an impact on the lives of lots of people—chips that became part of earthshaking gadgets, symbolized technological trends, or simply delighted people.

For each chip, we describe how it came about and why it was innovative, with comments from the engineers and executives who architected it. And because we’re not the IEEE Annals of the History of Computing , we didn’t order the 25 chips chronologically or by type or importance; we arbitrarily scattered them on these pages in a way we think makes for a good read. History is messy, after all.

As a bonus, we asked eminent technologists about their favorite chips. Ever wonder which IC has a special place in the hearts of both Gordon Moore, of Intel, and Morris Chang, founder of Taiwan Semiconductor Manufacturing Company? (Hint: It’s a DRAM chip.) [READ MORE]