A Better Way to Measure Progress in Semiconductors 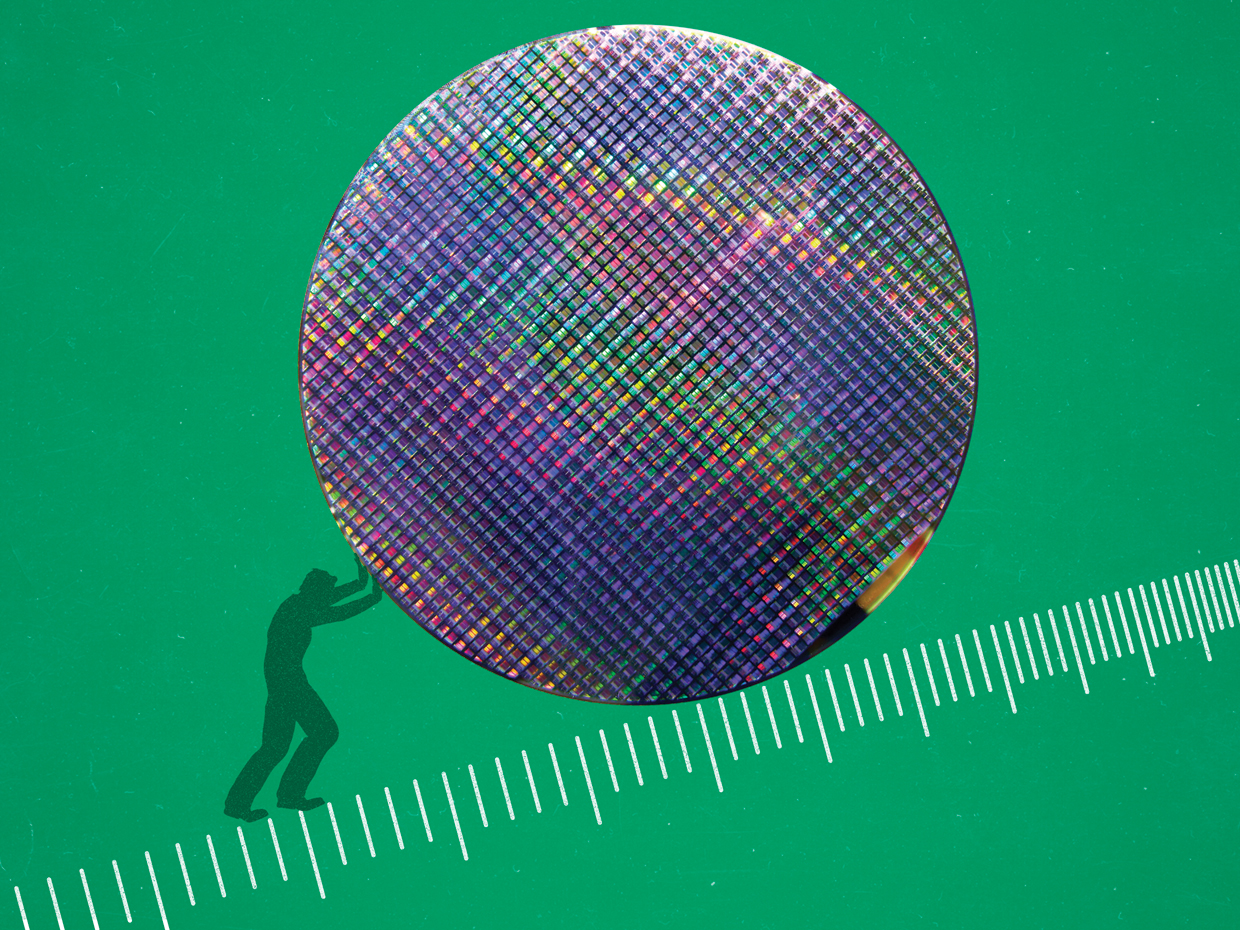 One of the most famous maxims in technology is, of course, Moore’s Law. For more than 55 years, the “Law” has described and predicted the shrinkage of transistors, as denoted by a set of roughly biannual waypoints called technology nodes. Like some physics-based doomsday clock, the node numbers have ticked down relentlessly over the decades as engineers managed to regularly double the number of transistors they could fit into the same patch of silicon.

When Gordon Moore first pointed out the trend that carries his name, there was no such thing as a node, and only about 50 transistors could economically be integrated on an IC.

But after decades of intense effort and hundreds of billions of dollars in investment, look how far we’ve come! If you’re fortunate enough to be reading this article on a high-end smartphone, the processor inside it was made using technology at what’s called the 7-nanometer node. That means that there are about 100 million transistors within a square millimeter of silicon. Processors fabricated at the 5-nm node are in production now, and industry leaders expect to be working on what might be called the 1-nm node inside of a decade.

After all, 1 nm is scarcely the width of five silicon atoms. So you’d be excused for thinking that soon there will be no more Moore’s Law, that there will be no further jumps in processing power from semiconductor manufacturing advances, and that solid-state device engineering is a dead-end career path.

You’d be wrong, though. The picture the semiconductor technology node system paints is false. Most of the critical features of a 7-nm transistor are actually considerably larger than 7 nm, and that disconnect between nomenclature and physical reality has been the case for about two decades. That’s no secret, of course, but it does have some really unfortunate consequences.

One is that the continuing focus on “nodes” obscures the fact that there are actually achievable ways semiconductor technology will continue to drive computing forward even after there is no more squeezing to be accomplished with CMOS transistor geometry. Another is that the continuing node-centric view of semiconductor progress fails to point the way forward in the industry-galvanizing way that it used to. And, finally, it just rankles that so much stock is put into a number that is so fundamentally meaningless.

Efforts to find a better way to mark the industry’s milestones are beginning to produce clearly better alternatives. But will experts in a notoriously competitive industry unite behind one of them? Let’s hope they do, so we can once again have an effective way of measuring advancement in one of the world’s largest, most important, and most dynamic industries. [READ MORE]