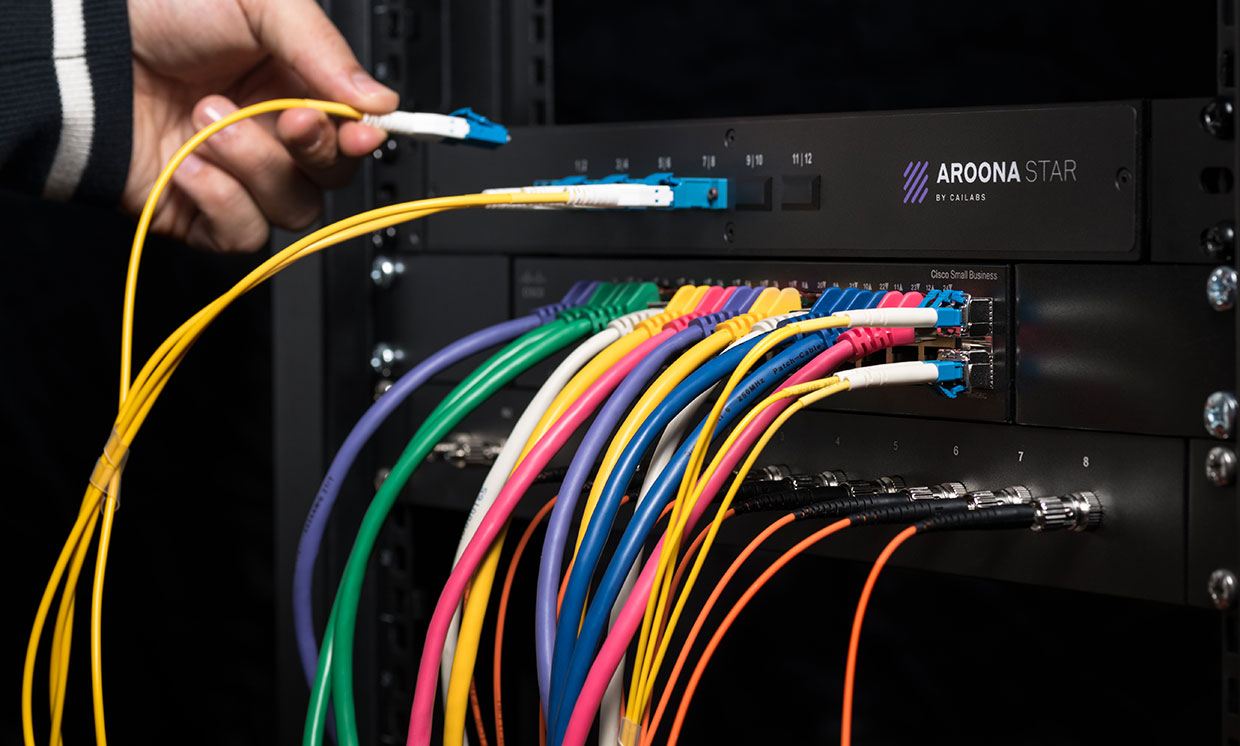 Installing optical fibers with fat cores once seemed like a good idea for local-area or campus data networks. It was easier to couple light into such “multimode” fibers than into the tiny cores of high-capacity “singlemode” fibers used for long-haul networks.

The fatter the core, the slower data flows through the fiber, but fiber with 50-micrometer (µm) cores can carry data at rates of 100 megabits per second up to a few hundred meters—good enough for local transmission.

Now Cailabs in Rennes, France has developed special optics that it says can send signals at rates of 10 gigabits per second (Gbps) up to 10 kilometers through the same fiber, avoiding the need to replace legacy multimode fiber. They hope to reach rates of 100 Gbps, which are now widely required for large data centers.

Determining how quickly one can transmit data through an optical fiber depends on the fiber’s core size because the core acts as a waveguide. Long-haul fibers have 9-µm cores, which constrain the 1.55-µm infrared light used in them to a single narrow transmission mode.

Multimode cables with cores of 50 or 62.5 µm allow light to travel in many different modes. However, these modes follow different paths, and thus take slightly different times to pass through the fiber. As a result, the timing of the many pulses spreads out as light travels through the fiber—an effect called modal dispersion that limits the bandwidth of multimode fibers.

In the early days of fiber optics, engineers accepted the limited bandwidth of multimode fibers as a tradeoff because their larger cores greatly reduced the light lost at the many connections in local networks.

Singlemode fiber came into use for long-haul transmission in the 1980s. Carriers needed data rates of hundreds of megabits per second (Mbps) over tens of kilometers, and improvements in splicing and the precision of connectors made singlemode fibers practical over long distances. Today, singlemode fibers can transmit 100 Gbps on up to 100 closely spaced wavelengths, for a total of 10 terabits per second. [READ MORE]