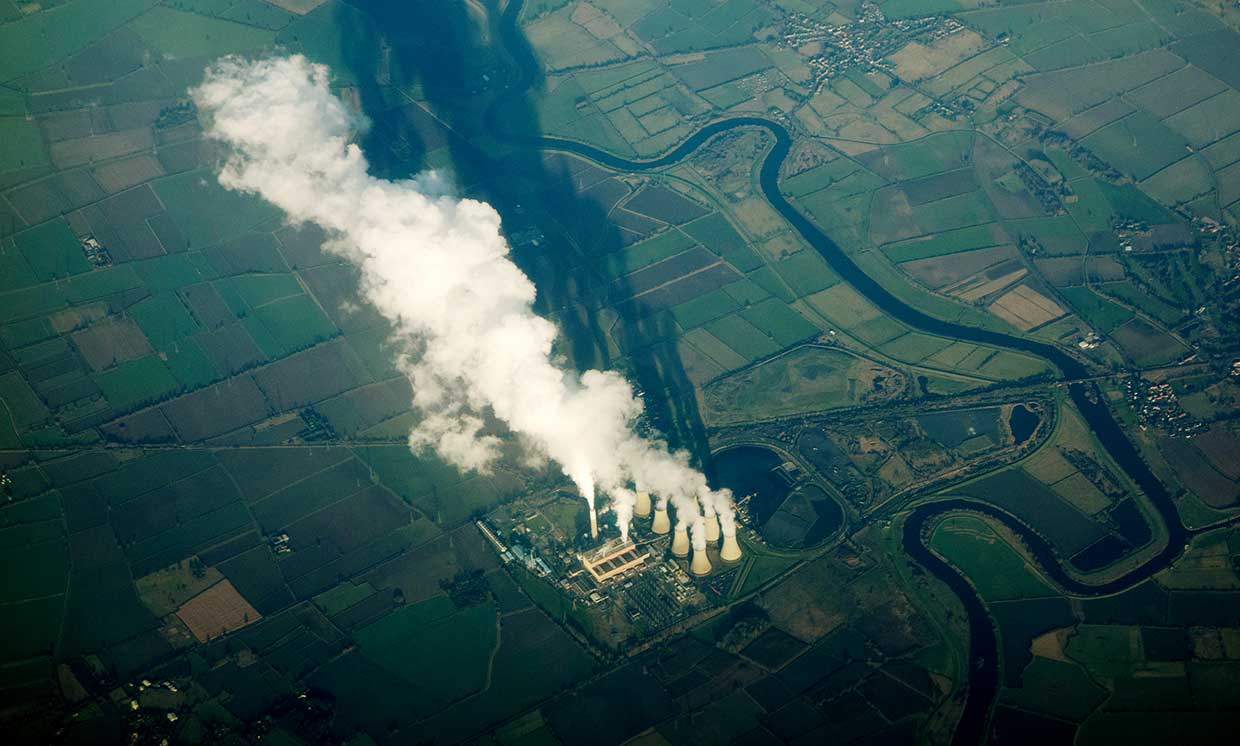 It’s easy to measure greenhouse gases but hard to tell where the gases came from. Using satellite images and AI, we’re about to change that.

Fossil-fuel power plants are one of the largest emitters of the greenhouse gases that cause climate change. Collectively, these 18,000 or so plants account for 30 percent of global greenhouse gas emissions, including an estimated 15 billion metric tons of carbon dioxide per year. The pollutants produced by burning fossil fuels also seriously degrade air quality and public health. They contribute to heart and respiratory diseases and lung cancer and are responsible for nearly 1 in 10 deaths worldwide.

Averting the most severe impacts of air pollution and climate change requires understanding the sources of emissions. The technology exists to measure CO2 and other gases in the atmosphere, but not with enough granularity to pinpoint who emitted what and how much. Last month, a new initiative called Climate TRACE was unveiled, with the aim of accurately tracking man-made CO2 emissions right to the source, no matter where in the world that source is. The coalition of nine organizations and former U.S. Vice President Al Gore has already begun to track such emissions across seven sectors, including electricity, transportation, and forest fires.

I’m a machine-learning researcher, and in conjunction with the nonprofits WattTime, Carbon Tracker, and the World Resources Institute (with funding from Google.org), I’m working on the electricity piece of Climate TRACE. Using existing satellite imagery and artificial intelligence, we’ll soon be able to estimate emissions from every fossil-fuel power plant in the world. Here’s how we’re doing it.

The current limits of monitoring emissions from space

The United States is one of the few countries that publicly releases high-resolution data on emissions from individual power plants. Every major U.S. plant has on-site emissions monitoring equipment and reports data to the Environmental Protection Agency. But the costs of installing and maintaining these systems make them impractical for use in many countries. Monitoring systems can also be tampered with. Other countries report annual emissions totals that may be rough estimates instead of actual measurements. These estimates lack verification, and they may under-report emissions.

Greenhouse gas emissions are surprisingly difficult to estimate. For one thing, not all of it is man-made. CO2 and methane releases from the ocean, volcanoes, decomposition, and soil, plant, and animal respiration also put greenhouse gases into the atmosphere. Then there are the non-obvious man-made contributors such as cement production and fertilizers. Even if you know the source, it can be tricky to estimate quantities because the emissions fluctuate. Power plants burning fossil fuels adjust their generation depending on local demand and electricity prices, among other factors.

Concentrations of CO2 are measured locally at observatories such as Mauna Loa, in Hawaii, and globally by satellites such as NASA’s OCO-2. Rather than directly measuring the concentration, satellites estimate it based on how much of the sunlight reflected from Earth is absorbed by carbon dioxide molecules in the air. The European Space Agency’s Sentinel-5P uses similar technology for measuring other greenhouse gases. These spectral measurements are great for creating regional maps of atmospheric CO2 concentrations. Such regional estimates have been particularly revealing during the pandemic, as stay-at-home orders led to decreased pollutants reported around cities, largely driven by decreases in transportation.

But the resolution of these measurements is too low. Each measurement from OCO-2, for example, represents a 1.1-square-mile (2.9-square-kilometer) area on the ground, so it can’t reveal how much an individual power plant emitted (not to mention CO2 from natural sources in the area). OCO-2 provides daily observations of each location, but with a great deal of noise due to clouds, wind, and other atmospheric changes. To get a reliable signal and suppress noisy data points, multiple observations of the same site should be averaged over a month. [READ MORE]