ITER Celebrates Milestone, Still at Least a Decade Away From Fusing Atoms 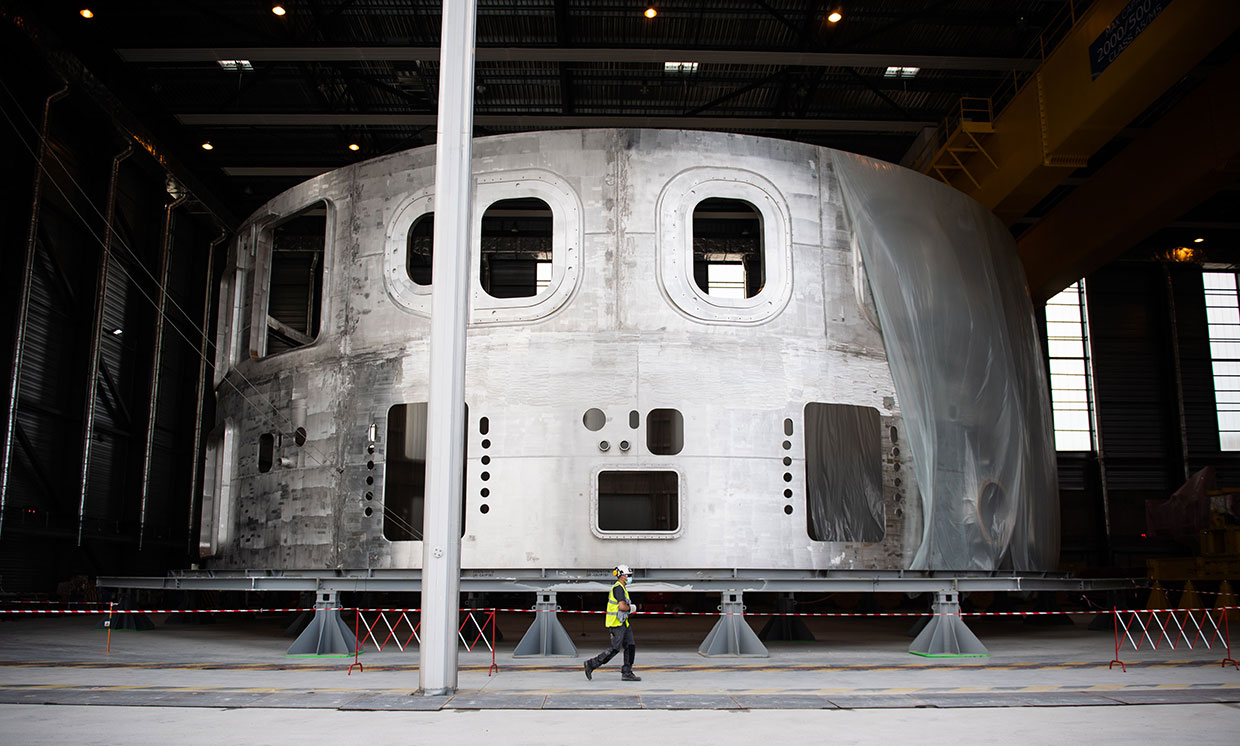 Machine assembly has commenced, but this gigantic nuclear fusion experiment costing tens of billions of dollars is nowhere near starting up

It was a twinkle in U.S. President Ronald Reagan’s eye, an enthusiasm he shared with General Secretary Mikhail Gorbachev of the Soviet Union: boundless stores of clean energy from nuclear fusion.

On 28 July 2020, the product of these Cold Warriors’ mutual infatuation with fusion, the International Thermonuclear Experimental Reactor (ITER) in Saint-Paul-lès-Durance, France, inaugurated the start of the machine-assembly phase of this industrial-scale tokamak nuclear fusion reactor.

An experiment to demonstrate the feasibility of nuclear fusion as a virtually inexhaustible, waste-free, and nonpolluting source of energy, ITER has already been 30-plus years in planning, with tens of billions invested. And if there are new fusion reactors designed based on research conducted here, they won’t be powering anything until the latter half of this century.

Speaking from Elysée Palace in Paris via an Internet link during last month’s launch ceremony, President Emmanuel Macron said, “[ITER] is proof that what brings together people and nations is stronger than what pulls them apart. [It is] a promise of progress, and of confidence in science.” Indeed, as the COVID-19 pandemic continues to baffle modern science around the world, ITER is a welcome beacon of hope.

ITER comprises 35 collaborating countries, including members of the European Union, China, India, Japan, Russia, South Korea, and the United States, which are directly contributing to the project either in cash or in kind with components and services. The EU has contributed about 45 percent, while the others pitch in about 9 percent each. The total cost of the project could be anywhere between US $22 billion to $65 billion—even though the latter figure has been disputed.

The idea for ITER was sparked back in 1985, at the Geneva Superpower Summit, where President Reagan and General Secretary Gorbachev spoke of an international collaboration to develop fusion energy. A year later, at the US–USSR Summit in Reykjavik, an agreement was reached between the European Union’s Euratom, Japan, the Soviet Union, and the United States to jointly start work on the design of a fusion reactor. At that time, controlled release of fusion power hadn’t even been demonstrated—that only happened in 1991, by the Joint European Torus (JET) in the United Kingdom.

The first big component to be installed at ITER was the 1,250-metric-ton cryostat base, which was lowered into the tokamak pit in late May 2020. The cryostat is India’s contribution to the reactor, and uses specialized tools specifically procured for ITER by the Korean Domestic Agency to place components weighing hundreds of metric tons and having positioning tolerances of a few millimeters. Machine assembly is scheduled to finish by the end of 2024, and by mid-2025, we are likely to see first plasma production. [READ MORE]