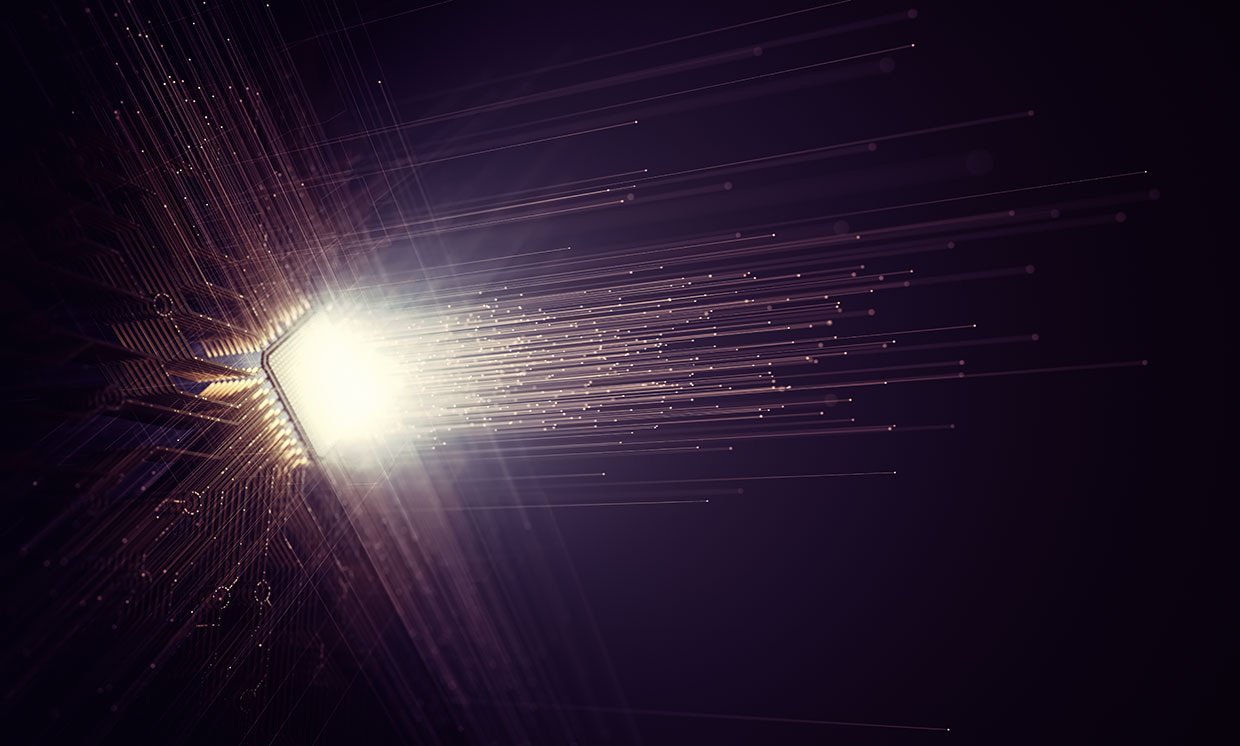 For some years now, electrical engineers and computer scientists have been trying hard to figure out how to perform neural-network calculations faster and more efficiently. Indeed, the design of accelerators suitable for neural-network calculations has lately become a hotbed of activity, with the most common solution, GPUs, vying with various application-specific ICs (think Google’s Tensor Processing Unit) and field-programmable gate arrays.

Well, another contender has just entered the arena, one based on an entirely different paradigm: computing with light. A MIT spinoff called Lightmatter described its “Mars” device at last week’s Hot Chips virtual conference. Lightmatter is not the only company pursuing this novel strategy, but it seems to be ahead of its competition.

It’s somewhat misleading, though, for me to call this approach “novel.” Optical computing, in fact, has a long history. It was used as far back as the late 1950s, to process some of the first synthetic-aperture radar (SAR) images, which were constructed at a time when digital computers were not up to the task of carrying out the necessary mathematical calculations. The lack of suitable digital computers back in the day explains why engineers built analog computers of various kinds, ones based on spinning disks, sloshing fluids, continuous amounts of electric charge, or even light.

Over the decades, researchers have from time to time resurrected the idea of computing things with light, but the concept hasn’t proven widely practical for anything. Lightmatter is trying to change that now when it comes to neural-network calculations. Its Mars device has at its heart a chip that includes an analog optical processor, designed specifically to perform the mathematical operations that are fundamental to neural networks.

The key operations here are matrix multiplications, which consist of multiplying pairs of numbers and adding up the results. That you can perform addition with light isn’t surprising, given that the electromagnetic waves that constitute light add together when two light beams are combined.

What’s trickier to understand is how you can do multiplication using light. Let’s me sketch that out here, although for a fuller account I’d recommend reading the very nice description of its technology that Lightmatter has provided on its blog.

The basic unit of Lightmatter’s optical processor is what’s known as a Mach-Zehnder interferometer. Ludwig Mach and Ludwig Zehnder invented this device in the 1890s, so we’re not talking about something exactly modern here. What’s new is the notion of shrinking many Mach-Zehnder interferometers down to a size that’s measured in nanometers and integrating them together on one chip for the purpose of speeding up neural-network calculations.

Such an interferometer splits incoming light into two beams, which then take two different paths. The resulting two beams are then recombined. If the two paths are identical, the output looks just like the input. If, however, one of the two beams must travel farther than the other or is slowed, it falls out of phase with the other beam. At an extreme, it can be a full 180 degrees (one half wavelength) out of phase, in which case the two beams interfere destructively when recombined, and the output is entirely nulled. [READ MORE]