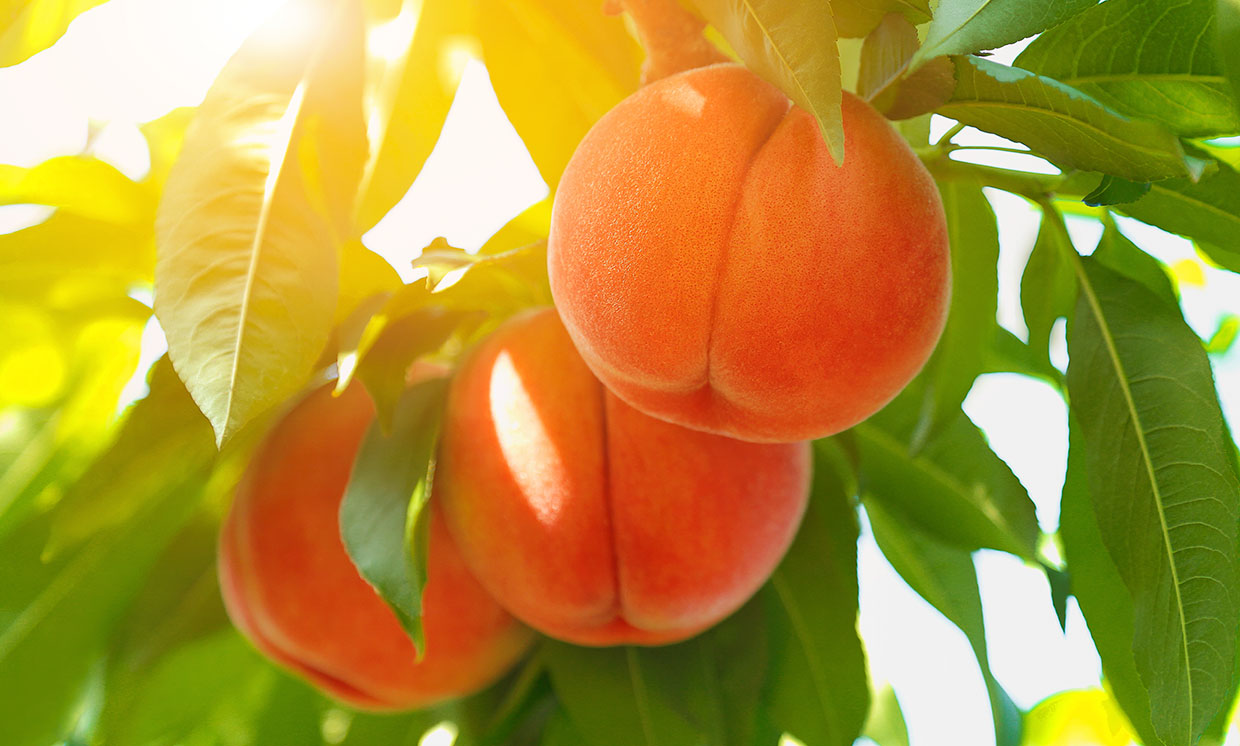 Have you ever tried to guess the ripeness of a peach by its smell? Farmers with a well-trained nose may be able to detect the unique combination of alcohols, esters, ketones, and aldehydes, but even an expert may struggle to know when the fruit is perfect for the picking. To help with harvesting, scientists have been developing electronic noses for sniffing out the ripest and most succulent peaches. In a recent study, one such e-nose exceeds 98 percent accuracy.

Sergio Luiz Stevan Jr. and colleagues at Federal University of Technology – Paraná and State University of Ponta Grossa, in Brazil, developed the new e-nose system. Stevan notes that even within a single, large orchard, fruit on one tree may ripen at different times than fruit on another tree, thanks to microclimates of varying ventilation, rain, soil, and other factors. Farmers can inspect the fruit and make their best guess at the prime time to harvest, but risk losing money if they choose incorrectly.

Fortunately, peaches emit vaporous molecules, called volatile organic compounds, or VOCs. “We know that volatile organic compounds vary in quantity and type, depending on the different phases of fruit growth,” explains Stevan. “Thus, the electronic noses are an [option], since they allow the online monitoring of the VOCs generated by the culture.”The e-nose system created by his team has a set of gas sensors sensitive to particular VOCs. The measurements are digitized and pre-processed in a microcontroller. Next, a pattern recognition algorithm is used to classify each unique combination of VOC molecules associated with three stages of peach ripening (immature, ripe, over-ripe). The data is stored internally on an SD memory card and transmitted via Bluetooth or USB to a computer for analysis.

The system is also equipped with a ventilation mechanism that draws in air from the surrounding environment at a constant rate. The passing air is subjected to a set level of humidity and temperature to ensure consistent measurements. The idea, Stevan says, is to deploy several of these “noses” across an orchard to create a sensing network.

He notes several advantages of this system over existing ripeness-sensing approaches, including that it is online, conducts real-time continuous analyses in an open environment, and does not require direct handling of the fruit. “It is different from the other [approaches] present in the literature, which are generally carried out in the laboratory or warehouses, post-harvest or during storage,” he says. The e-nose system is described in a study published June 4 in IEEE Sensors Journal.

While the study shows that the e-nose system already has a high rate of accuracy at more than 98 percent, the researchers are continuing to work on its components, focusing in particular on improving the tool’s flow analysis. They have filed for a patent and are exploring the prospect of commercialization.

For those who prefer their fruits and grains in drinkable form, there is additional good news. Stevan says in the past his team has developed a similar e-nose for beer, to analyze both alcohol content and aromas. Now they are working on an e-nose for wine, as well as a variety of other fruits. [READ MORE]