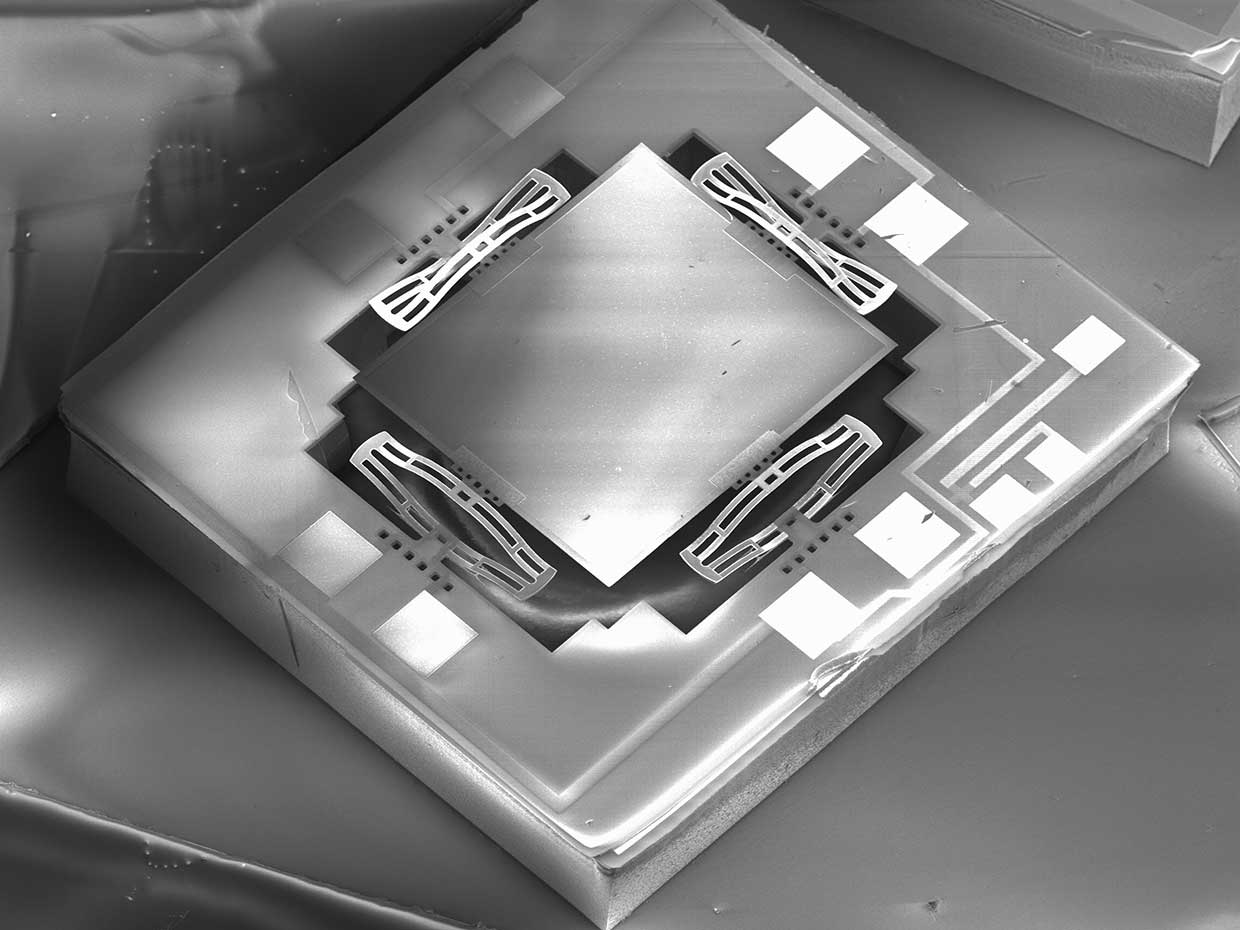 The sensor, designed to support smart home technology, can run on a 9-volt battery

Light Detection and Ranging (LiDAR) technology relies on fast, precisely timed laser pulses – a useful application for various kinds of sensors, including those that support the Internet of Things (IoT). However, many current sensors that rely on LiDAR are expensive, bulky, heavy, and power hungry.

One group of researchers is proposing a novel design for a LiDAR-based sensor that is both affordable and requires very little power. The sensor relies on a collection of microelectromechanical (MEMS) mirrors to achieve high efficiency – enough so to be powered by a 9-volt battery. The design is described in a study published 2 July in IEEE Sensors Letters.

“This system is especially suitable for smart buildings,” says Huikai Xie, a professor at the University of Florida who co-designed the new LiDAR-based sensor. “For instance, this system may enable heating, ventilation, and air-conditioning (HVAC) systems to control air flow by estimating the population distribution and tracking people’s movement.”

An outstanding issue, however, is creating LiDAR sensors that can achieve a wide field of view without consuming too much energy. Existing designs tend to rely on motorized optomechanical scanners to disperse the LiDAR signals and achieve a wider field of view—yet these devices typically consume about 10 watts of power.

Instead of a motorized optomechanical scanner, the new design by Xie’s group relies on MEMS mirrors to control the LiDAR signals. The mirrors require significantly less power to manipulate than the bulkier motorized scanner that have typically been used. What’s more, a passive infrared sensor ensures that the whole system is only activated when people are present.
In the future, Xie says he envisions this sensor being used not just for detecting people in smart homes, but for applications ranging from robotics to small unmanned air vehicles.

The design currently relies on an off-the-shelf time-of-flight (TOF) engine for analyzing the returning laser signals, which Xie says is the bulkiest and most energy-intensive component. Moving forward, his team plans on developing their own, smaller (TOF) device that uses less energy. As well, he says, “We will continue advancing the MEMS technology by making MEMS mirrors with larger optical aperture, larger scan angle and faster scan frequency.”

“The whole MEMS LiDAR system can be powered by a battery with a maximum power consumption of 2.7 W,” says Xie. “The passive infrared sensor can put the system into an idle mode, which extends the battery life by three times or more.” [READ MORE]