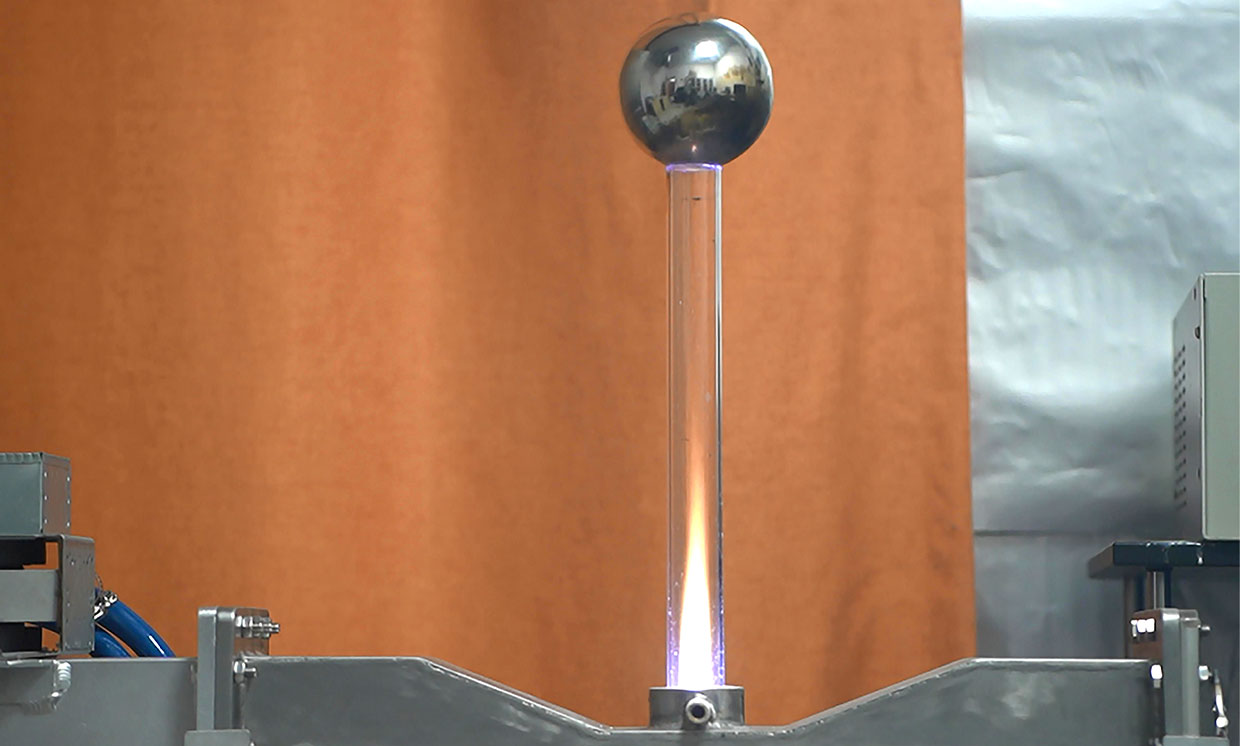 Jet planes may one day fly without fossil fuels by using plasma jets, new research from scientists in China suggests.

A variety of spacecraft, such as NASA’s Dawn space probe, generate plasma from gases such as xenon for propulsion. However, such thrusters exert only tiny propulsive forces, and so can find use only in outer space, in the absence of air friction.

Now researchers have created a prototype thruster capable of generating plasma jets with propulsive forces comparable to those from conventional jet engines, using only air and electricity.

“We could lift a steel ball weighing about 1 kilogram using only about 400 watts of microwave power,” says Jau Tang, a physicist at Wuhan University in China and senior author of a new study describing the work.

The scientists estimated the jet pressure from their device reached 2,400 newtons per square meter, comparable to that from a commercial airplane jet engine. “This result surprised me,” Tang says. “It means that if we could scale up the microwave power and the compressed air inlet stream to the standard of an actual jet engine, we could have the same strength of jet propulsion using only electricity and air but no fossil fuel.”

If air plasma jets ever become practical, they could reduce fossil fuel use and greenhouse gas emissions, the researchers say. According to the U.S. Environmental Protection Agency, aircraft contribute 12 percent of U.S. transportation emissions, and account for 3 percent of the nation’s total greenhouse gas production. Globally, aviation produced 2.4 percent of total carbon dioxide emissions in 2018.

“We are quite excited that only electricity and air are needed,” Tang says. “We do not need fossil fuels to power a jet engine.” [READ MORE]