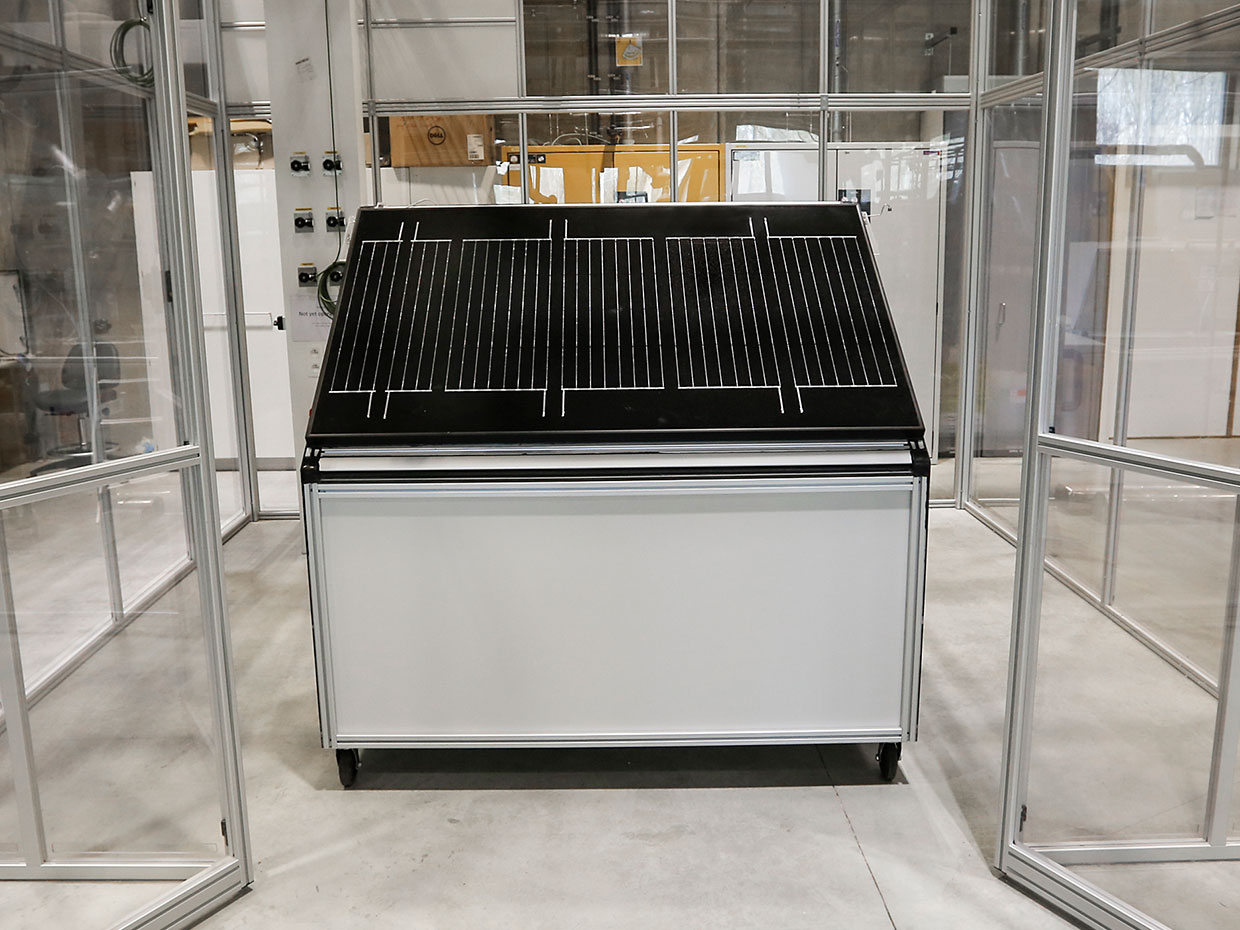 Solar panels are multiplying on rooftops and in gardens worldwide as communities clamor for renewable electricity. But engineers in Belgium say the panels could do more than keep the lights on—they could also produce hydrogen gas on site, allowing families to heat their homes without expanding their carbon footprints.

A team at Katholieke Universiteit Leuven, or KU Leuven, says it has developed a solar panel that converts sunlight directly into hydrogen using moisture in the air. The prototype takes the water vapor and splits it into hydrogen and oxygen molecules. If it scales successfully, the technology could help address a major challenge facing the hydrogen economy.

Hydrogen, unlike fossil fuels, doesn’t produce greenhouse gas emissions or air pollution when used in fuel-cell-powered vehicles or buildings. Yet nearly all hydrogen produced today is made using an industrial process that involves natural gas, and this ultimately pumps more emissions into the atmosphere.

A small but growing number of facilities are producing “green” hydrogen using electrolysis, which splits water molecules using electricity—ideally from renewable sources such as wind and solar. Other researchers, including the team in Belgium, are developing what’s called direct solar water-splitting technologies. These use chemical and biological components to split water directly on the solar panel, forgoing the need for large, expensive electrolysis plants.

“Finding a way to create hydrogen in some easier or more efficient way is maybe a Holy Grail quest,” says Jim Fenton, who directs the Florida Solar Energy Center at the University of Central Florida.

KU Leuven sits on a grassy campus in Flanders, the Dutch-speaking northern region of Belgium. Earlier this month, professor Johan Martens and his team at the Centre for Surface Chemistry and Catalysis announced their prototype could produce 250 liters of hydrogen per day on average over a full year, which they claim is a world record. A family living in a well-insulated Belgian house could use about 20 of these panels to meet their power and heating needs during an entire year, they predict.

The solar panel measures 1.65 meters long—roughly the height of a kitchen refrigerator, or this reporter—and has a rated power output of about 210 watts. The system can convert 15 percent of the solar energy it receives into hydrogen, the team says. That’s a significant leap from 0.1 percent efficiency they first achieved 10 years ago. (Separately, international researchers last year said they achieved 19 percent efficiency in producing hydrogen from direct solar water splitting.) [READ MORE]