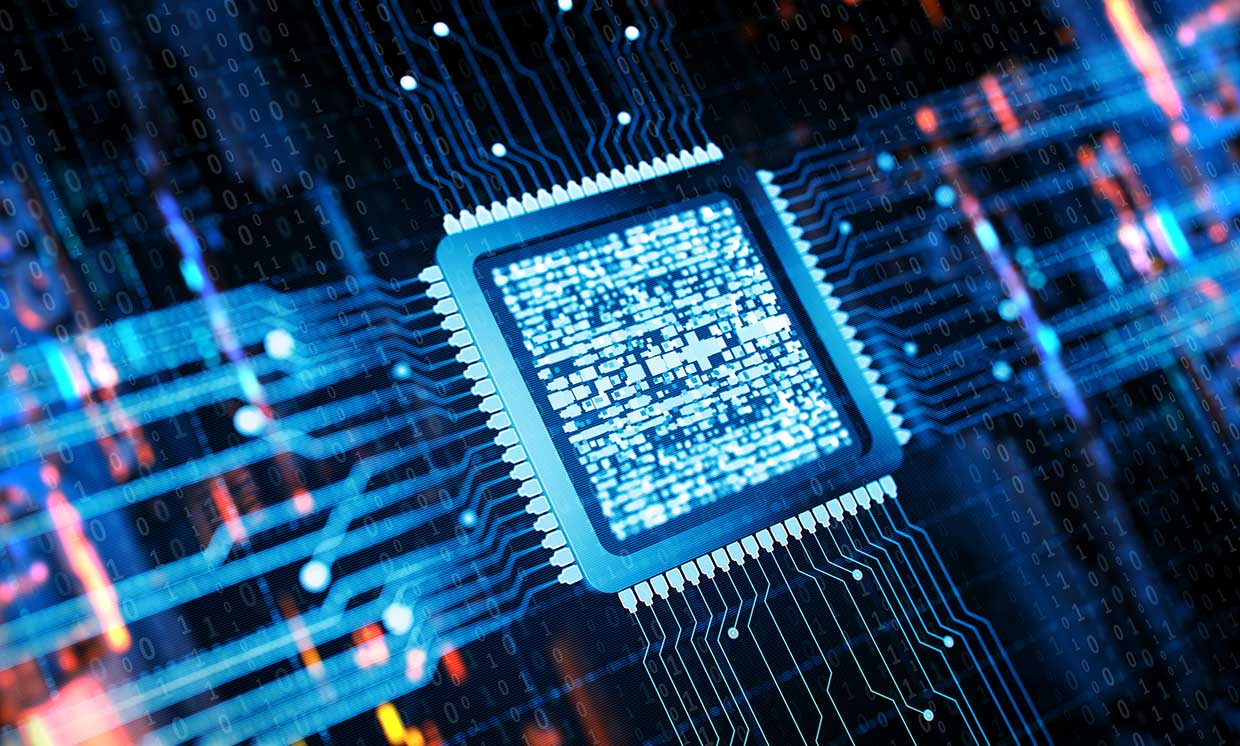 Engineers have been chasing a form of AI that could drastically lower the energy required to do typical AI things like recognize words and images. This analog form of machine learning does one of the key mathematical operations of neural networks using the physics of a circuit instead of digital logic. But one of the main things limiting this approach is that deep learning’s training algorithm, back propagation, has to be done by GPUs or other separate digital systems.

Now University of Montreal AI expert Yoshua Bengio, his student Benjamin Scellier, and colleagues at startup Rain Neuromorphics have come up with way for analog AIs to train themselves. That method, called equilibrium propagation, could lead to continuously learning, low-power analog systems of a far greater computational ability than most in the industry now consider possible, according to Rain CTO Jack Kendall.

Analog circuits could save power in neural networks in part because they can efficiently perform a key calculation, called multiply and accumulate. That calculation multiplies values from inputs according to various weights, and then it sums all those values up. Two fundamental laws of electrical engineering can basically do that, too. Ohm’s Law multiplies voltage and conductance to give current, and Kirchoff’s Current Law sums the currents entering a point. By storing a neural network’s weights in resistive memory devices, such as memristors, multiply-and-accumulate can happen completely in analog, potentially reducing power consumption by orders of magnitude.

The reason analog AI systems can’t train themselves today has a lot to do with the variability of their components. Just like real neurons, those in analog neural networks don’t all behave exactly alike. To do back propagation with analog components, you must build two separate circuit pathways. One going forward to come up with an answer (called inferencing), the other going backward to do the learning so that the answer becomes more accurate. But because of the variability of analog components, the pathways don’t match up.

“You end up accumulating error as you go backwards through the network,” says Bengio. To compensate, a network would need lots of power-hungry analog-to-digital and digital-to-analog circuits, defeating the point of going analog.

Equilibrium propagation allows learning and inferencing to happen on the same network, partly by adjusting the behavior of the network as a whole. “What [equilibrium propagation] allows us to do is to say how we should modify each of these devices so that the overall circuit performs the right thing,” he says. “We turn the physical computation that is happening in the analog devices directly to our advantage.”

Right now, equilibrium propagation is only working in simulation. But Rain plans to have a hardware proof-of-principle in late 2021, according to CEO and cofounder Gordon Wilson. “We are really trying to fundamentally reimagine the hardware computational substrate for artificial intelligence, find the right clues from the brain, and use those to inform the design of this,” he says. The result could be what they call end-to-end analog AI systems that capable of running sophisticated robots or even playing a role in data centers. Both of those are currently considered beyond the capabilities of analog AI, which is now focused only on adding inferencing abilities to sensors and other low-power “edge” devices, while leaving the learning to GPUs. [READ MORE]