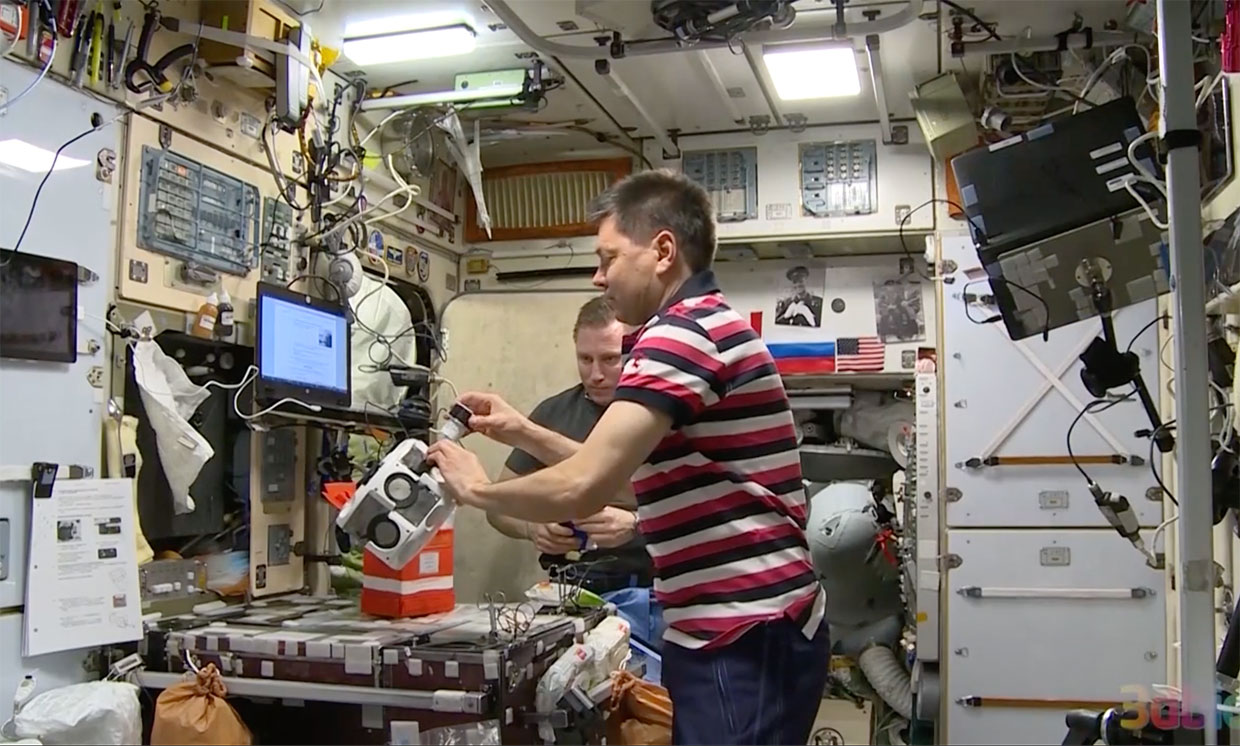 One small step for cells, one giant leap for science

By Emily Waltz and Kathy Pretz

An astronaut aboard the International Space Station (ISS) has successfully assembled human cartilage using the power of magnetism.

The feat was achieved using a magnetic levitation bioassembly device installed onboard the station. The machine enables clusters of human cells to assemble into tissue structures, without the use of a physical scaffold. The experiment was described in a paper published today in the journal Science Advances.

“One could imagine not too far in the future that if we colonize Mars or do long-term space travel, we might want to do experiments where we build functional tissues in space, and test them in extraterrestrial environments,” says Utkan Demirci, a researcher at Stanford and an author of the paper.

Imagine getting a space-related injury that rips off your skin or bone, and being able to patch it up with bioengineered tissue—like the movie “Ad Astra,” where people live, work and receive medical treatment on the red planet.

Although bioprinters capable of printing biomaterial already exist on Earth, these devices can’t work in space because they rely on the existence of Earth’s relatively strong gravity. “They all rely on a toothpaste-like extrusion that has to come down with gravity so that you can build the next layer,” says Demirci.

Magnetic levitation, however, works just fine in orbit. The method involves suspending an object with no other support other than magnetic force. It can be used to counteract the effects of gravitational acceleration and any other accelerations—and also hold objects in place in the absence of gravity.

Normally, we don’t think of tissues as things that can be moved around by magnetic fields in the way that a piece of metal can be. But Demirci and Naside Gozde Durmus at Stanford in 2015 demonstrated that living cells, too, could be manipulated when placed in a paramagnetic fluid medium. This involves placing two strong, opposing off-the-shelf magnets so close to each other that a high gradient force is generated. A microfluidic channel consisting of the diamagnetic cells and the paramagnetic fluid is placed between the magnets. [READ MORE]