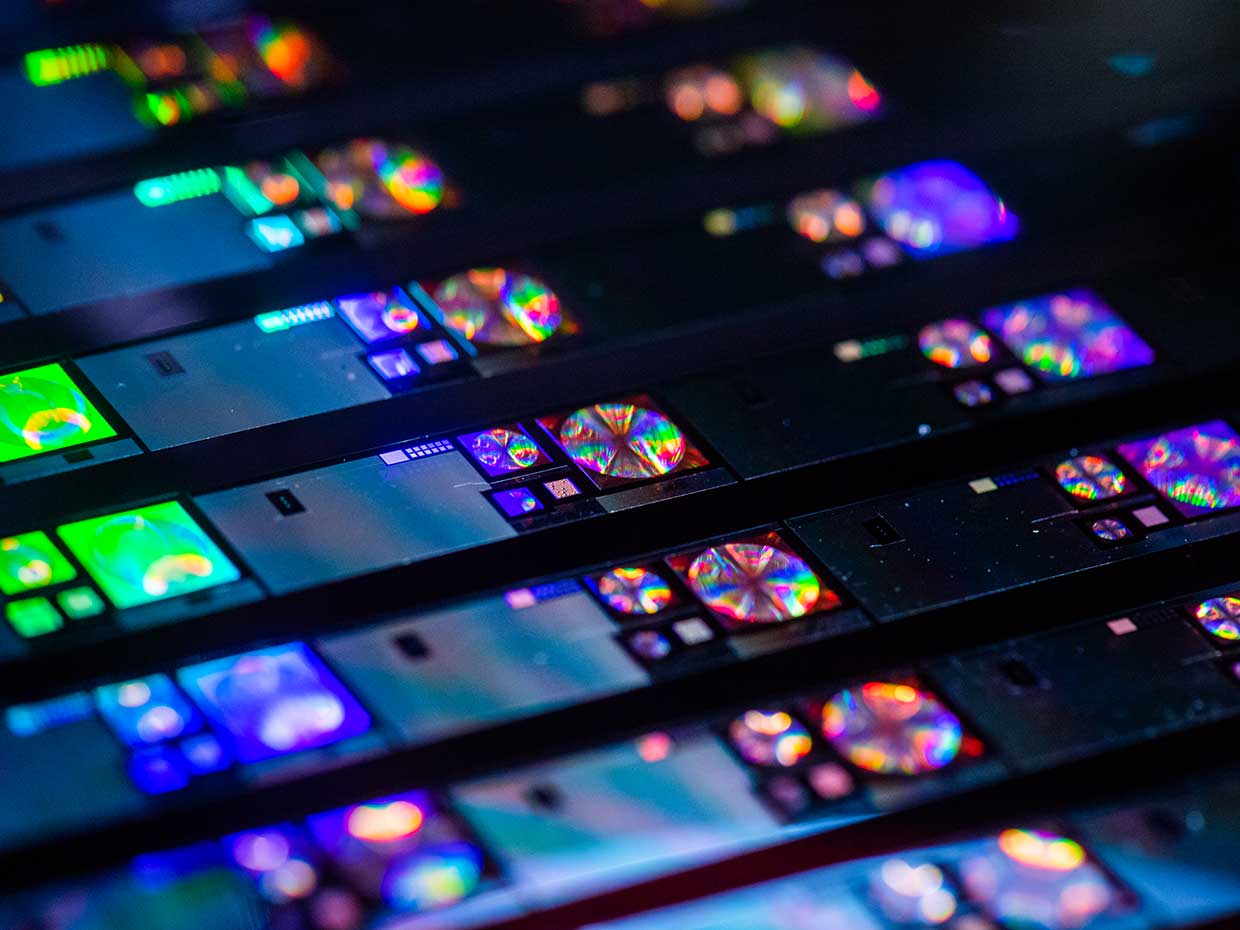 It’s been a good decade or so for the makers of plastic lenses. In recent years, smartphone manufactures have been adding camera modules, going from one to two to five or more. And each of those camera modules contains several plastic lenses. Over the years, these lenses have changed little, though image processing software has improved a lot, merging images from multiple camera modules into one high quality picture and enabling selective focus and other features.

The glory days of the plastic camera lens, however, may be drawing to a close. At least that’s the hope of Metalenz, a Boston-area startup that officially took its wraps off today.

The company aims to replace plastic lenses with waveguides built out of silicon nanostructures using traditional semiconductor processing techniques. Metalenz’s technology grew out of work done at Harvard’s John A. Paulson School of Engineering and Applied Sciences. Harvard is not the only university laboratory that has investigated metastructures for use as optical wave guides— Columbia, the University of Michigan, and King Abdulla University of Science and Technology in Saudi Arabia are among the institutions with teams researching the technology. However, Harvard’s team, led by applied physics professor Federico Capasso, was the first group to be able to focus the full spectrum of visible light using a metalens.

Capasso cofounded Metalenz in 2017 with Robert Devlin, who worked on the Harvard project as part of his Ph.D. research. The company has an exclusive license to Harvard’s patents related to metalenses.

Devlin says that a metalens has several advantages.

“Producing a lens via semiconductor processes reduces the complexity of what is now a multistep process to build a camera module. And it could lead to much smaller modules, with the lens attaching directly to the surface of the sensor, instead of using more complex packaging methods,” he says.

Also, Devlin pointed out, “with a variety of these structures on the same chip, one metalens can act like multiple plastic lenses, allowing the image processing software to combine images to improve image quality in the same way it combines images from separate camera modules today.”

Metalenz has raised $10 million to scale up production of its devices, with investors including 3M Ventures, Applied Ventures, Intel Capital, M Ventures, and TDK Ventures. The company expects to ship its first chips in early 2022. These will be for use in 3D imaging.

“3D cameras are even more complex than traditional cameras,” says Devlin. “They have multiple lenses, sometimes made by different suppliers, and a laser that illuminates the scene. We bring less complexity, and, because we can get more light to the sensor, the laser doesn’t have to be as bright or shine as long, so we can increase battery life.”

For now, Metalenz is aiming to replace the existing camera modules in cell phones, But Devlin anticipates that in the future, the technology will allow new imaging tools to move into mobile devices.

“We can combine different types of optics in a single layer, so things that now are too big and bulky to leave a lab or medical facility because they contain many large lenses—like a spectrometer—can shrink down to a size and price point that will allow them to fit in anybody’s pocket.” [READ MORE]