Could “Topological Materials” Be A New Medium for Ultra-Fast Electronics? 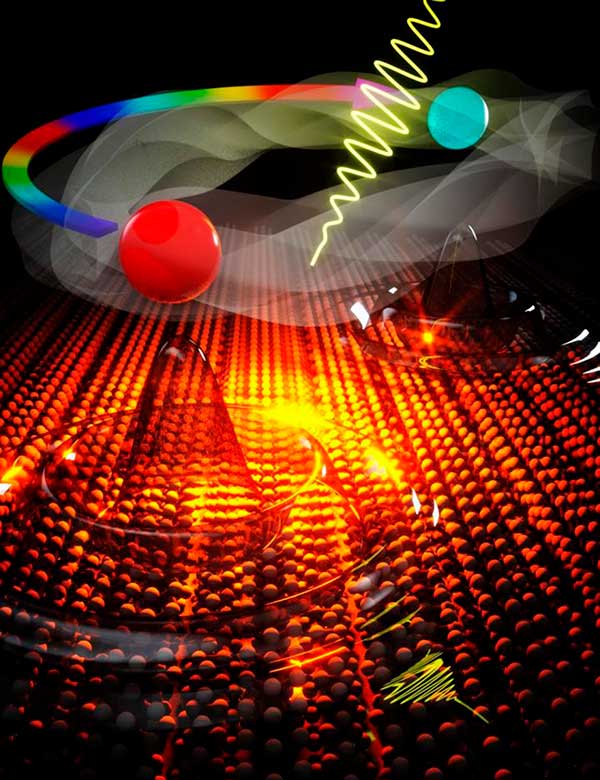 Potential future transistors that can exceed Moore’s law may rely on exotic materials called “topological matter” in which electricity flows across surfaces only, with virtually no dissipation of energy. And now new findings suggest these special topological materials might one day find use in high-speed, low-power electronics and in quantum computers. Scientists, that is, have recently revealed they can switch on these exotic electronic properties using blasts from laser beams.

Topological matter suggests one possible future of electronics operating with virtually no losses, meaning they could potentially burn much less energy and operate much faster than conventional, silicon-based electronics. And now researchers have the most direct evidence yet that light can manipulate these strange but incredible topological properties.

Scientists investigated zirconium pentatelluride (ZrTe5), which possesses extraordinary electronic properties based on its topology. Topology is the branch of mathematics that investigates what aspects of shapes can survive deformation. For instance, an object shaped like a doughnut can get deformed into the shape of a mug, with the doughnut’s hole forming the hole in the cup’s handle, but it could not get pushed or pulled into a shape that lacked a hole without ripping the item apart.

Employing insights from topology, researchers developed the first electronic topological insulators in 2007. Electrons zipping along the edges or surfaces of these materials are “topologically protected,” meaning they strongly resist any disturbances that might hamper their flow, much as a doughnut might resist any change that would remove its hole.

Previous research found zirconium pentatelluride was a kind of topological material known as a Dirac semimetal, meaning that it could host nearly dissipationless electric currents. This makes it similar to graphene sheets. But unlike those one-atom-thick materials, zirconium pentatelluride’s 3-D nature could potentially eliminate at least some of the tricky aspects of working with something that only effectively has two dimensions.

In the new study, researchers analyzed what happened if they used terahertz lasers to twist the crystal lattice of zirconium pentatelluride. They found light could trigger giant topologically protected currents within the material in which electrons behaved like so-called Weyl fermions, or massless particles carrying electric charge. All in all, electrons in the zirconium pentatelluride could move at speeds roughly one-three-hundredths that of light for distances up to about 10 microns. (By contrast, the actual speed of electrons moving around in conventional electronics is much slower.)

The scientists note that using light to switch on these giant nearly dissipationless currents might prove much faster and more energy-efficient than using electric or magnetic fields. This strategy could also operate at near room temperature, as opposed to requiring cryogenic cold as with other techniques.

The researchers now plan to see if they can extend this discovery to other materials. They would also like to extend how long these topologically protected light-triggered currents last, Wang says. [READ MORE]