How Do Neural Implants Work? 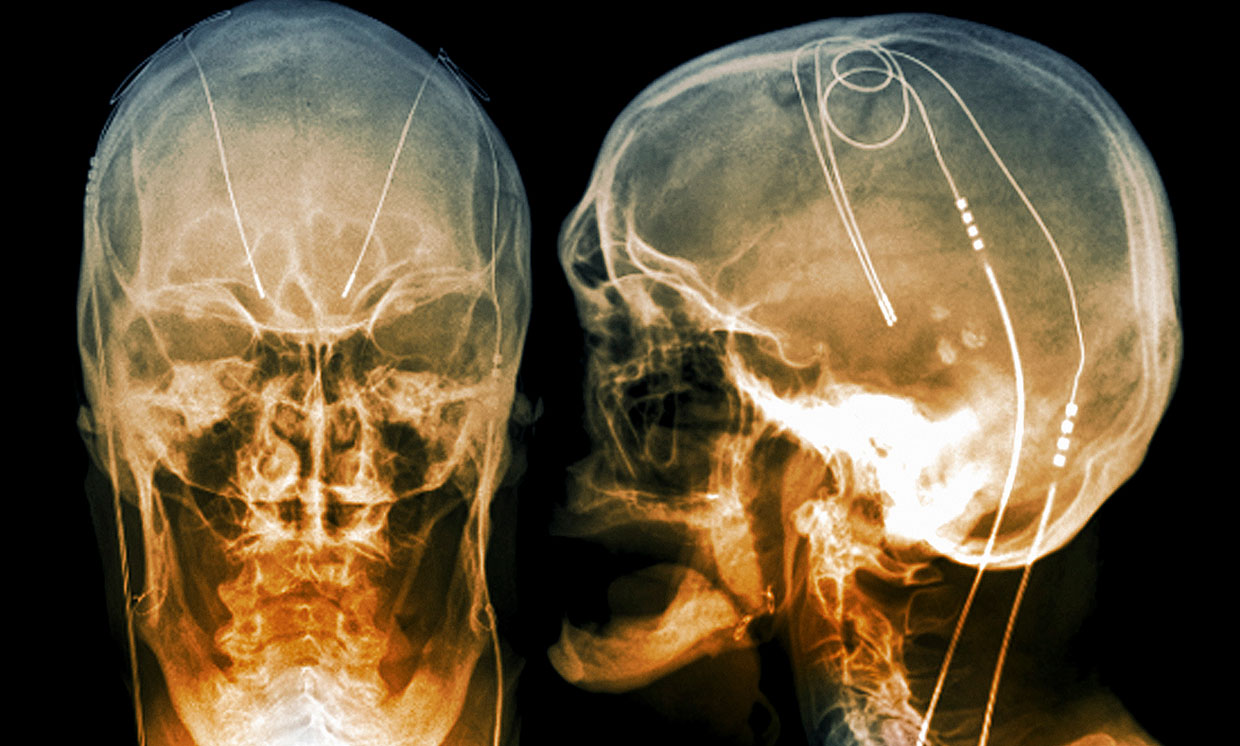 It sounds like science fiction, but a neural implant could, many years from now, read and edit a person’s thoughts. Neural implants are already being used to treat disease, rehabilitate the body after injury, improve memory, communicate with prosthetic limbs, and more.

The U.S. Department of Defense and the U.S. National Institutes of Health (NIH) have devoted hundreds of millions of dollars in funding toward this sector. Independent research papers on the topic appear in top journals almost weekly.

What is a neural implant?

A neural implant is a device placed inside the body that interacts with neurons.

Neurons are cells that communicate in the language of electricity. They fire electrical impulses in particular patterns, kind of like Morse code. An implant is a human-made device that is placed inside the body via surgery or an injection.

A neural implant, then, is a device—typically an electrode of some kind—that’s inserted into the body, comes into contact with tissues that contain neurons, and interacts with those neurons in some way.

With these devices, it’s possible to record native neural activity, allowing researchers to observe the patterns by which healthy neural circuits communicate. Neural implants can also send pulses of electricity to neurons, overriding native firing patterns and forcing the neurons to communicate in a different way.

In other words, neural implants enable scientists to hack into the nervous system. Call it neuromodulation, electroceuticals, or bioelectronics—interventions involving neural implants have the potential to become tremendously powerful medical tools.

Consider the functions of the nervous system: It controls thinking, seeing, hearing, feeling, moving, and urinating, to name a few. It also controls many involuntary processes such as organ function and the body’s inflammatory, respiratory, cardiovascular, and immune systems.

“Anything that the nervous system does could be helped or healed by an electrically active intervention—if we knew how to do it,” says Gene Civillico, a neuroscientist at the NIH, who runs the agency’s peripheral nerve stimulation funding program SPARC.

How are neural implants used?

One of the most established clinical uses of neural implants is in a treatment called deep brain stimulation, or DBS. In this therapy, electrodes are surgically placed deep into the brain where they electrically stimulate specific structures in an effort reduce the symptoms of various brain-based disorders.

The U.S. Food and Drug Administration (FDA) first approved the use of DBS in 1997 for essential tremor. Since then, the FDA or other global regulators have approved DBS for Parkinson’s disease, dystonia, tinnitus, epilepsy, obsessive-compulsive disorder, and neuropathic pain. DBS is also being investigated as a treatment for Tourette syndrome and psychiatric disorders such as depression. It is estimated that more than 150,000 people globally have received a DBS implant.  [READ MORE]