How Microsoft Could Redefine the Power Industry with Quantum Computing 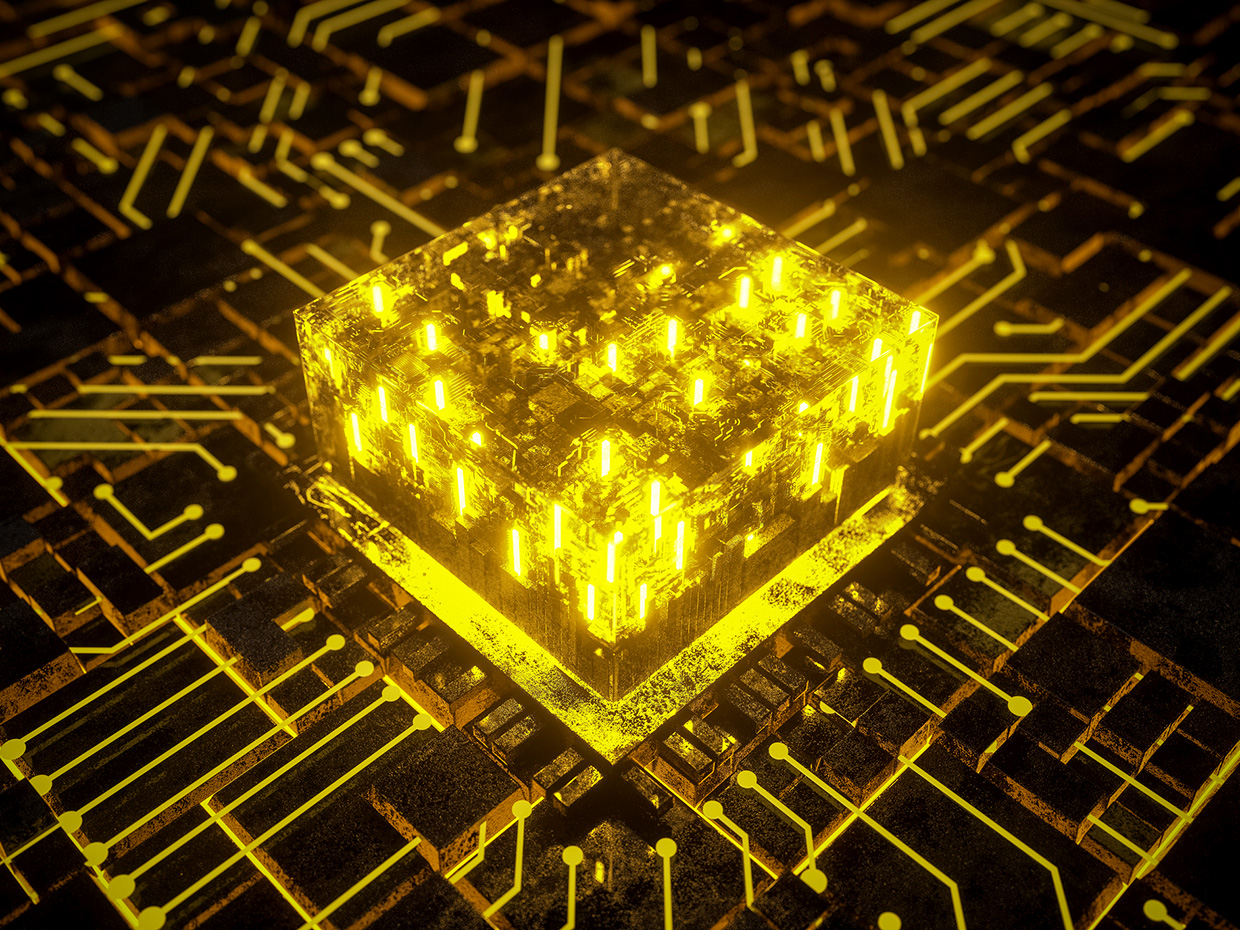 THE INSTITUTE Governments and tech companies have been investing heavily in quantum computing in the hopes that it will revolutionize cryptography, machine learning, chemistry, communication, and other fields. But it surprised me to learn that the much-talked-about technology also could have a great impact on energy, leading to cleaner fuel, lower emissions, and more efficient electrical power systems.

In November I spoke with Krysta M. Svore, general manager for Microsoft Quantum, to learn more about the impact of quantum computing on the energy sector. Svore was named in August to the U.S. Department of Energy’s National Quantum Initiative Advisory Committee, which advises the president and the energy secretary.

Like other companies, Microsoft is working to scale up its quantum hardware to enable computers with a broad range of capabilities and a big speedup over classical computers. Svore says the company is working with others around the world to build a full quantum “stack”—from applications and software down to control and devices. Some researchers are working to see if quantum-inspired code, run for the moment on conventional computers, might give the energy industry a leg up.

Microsoft recently announced that Azure Quantum, a public ecosystem, is available to the public. In a blog post by Svore, Microsoft Quantum invited applications developers and researchers to start using the platform—a step that is expected to accelerate many quantum applications.

“It’s an exciting time to be in quantum information science,” Svore says. “Quantum computing is redefining what is possible with technology—creating unprecedented possibilities to solve some of humanity’s most complex challenges.”

The new breed of computers is expected to excel at simulating quantum systems, like molecules. That should have a big impact on the energy sector.

Among other things, quantum computers are expected to aid in chemistry and materials development far beyond the capacity of present-day supercomputers. The simulation capabilities could help researchers create batteries with greater storage capacity; and high-temperature superconductors, which could be used for new catalysts that could convert and optimize alternative fuel sources. Quantum computing could be used for climate modeling, for example, to find potential locations of wind flow that would help in designing new wind-energy sources. It would require collecting historical data and implementing it into certain models.

Quantum computing applications are ideal for such processes, and give high-resolution and calibrated results with real data. Also, such applications can upload the data into geographic information systems for the best wind-turbine locations.

An even bigger and more immediate impact might be seen in today’s smart grids. Optimizing the best reliable and available electrical source with high efficiency in power generation and transmission systems in large power grids using today’s computers is costly and almost impossible. Grid operators today are struggling to figure out the best way to handle the influx of renewable energy. Currently, utilities settle for solutions that are not optimal.

Hybrid systems that combine multiple renewable energy sources are especially difficult to optimize. For example, a grid that includes both wind and solar energy generation has the advantage of supplying less expensive energy as long as the sun shines and the wind blows. But to meet customers’ energy demands at night or during calm days, the grid needs to pull from stored power or ramp up energy production from other resources. An automated intelligent system that could track demand, predict peaks in consumption, coordinate energy storage, and manage resources could dramatically boost efficiency and so pave the way for cheaper, more reliable power.

Unlike today’s state-of-art supercomputers, quantum computers promise to be able to perform that optimization in real time. Microsoft researchers are already tackling grid applications by creating quantum-inspired code, Stove says. Such code is mapped onto conventional computing hardware, but it could ultimately run on scaled-up quantum hardware.

In June 2018 researchers announced they had devised a quantum-inspired algorithm for unit commitment, an optimization problem that seeks to identify the best generating resources to run based upon forecasted loads as well as power generation efficiencies and capacity limitations. Unit commitment remains one of the most significant problems in power system management.

The Microsoft team demonstrated its algorithm, which outperforms more powerful classical solvers. When scaled-up quantum computers become available and the algorithm runs on them, there will be an even bigger advantage.

In 2019 the company formalized its quantum network, a coalition of groups and individuals working on the technology. One member is the Dubai Electricity and Water Authority, which is working closely with Microsoft to explore quantum-inspired solutions for energy applications.

DEWA has access to new quantum-inspired services on the Azure Quantum cloud and can use it to program and test algorithms. The utility will then apply the solutions to achieve real-world impacts even before scaled-up quantum hardware is available, Svore says. Qubit Engineering, a startup in Knoxville, Tenn., is using Azure Quantum to simulate air turbulence around windmill rotors. Windmills that are not properly placed can disrupt airflow. Qubit is using quantum-inspired code to calculate optimum placement.

Quantum computing still has many hurdles to overcome.

Startup IonQ is developing a trapped-ion quantum computer and software to generate, optimize, and execute quantum circuits. With cloud-based access through Azure Quantum, the IonQ system can be used to accelerate research into solving problems in chemistry, medicine, finance, and logistics.

Quantum-inspired optimization solutions can be used to increase speed and accuracy to algorithms running on classical computers, Svore says. Canadian company 1QBit builds hardware-agnostic software that allows applications to continually benefit from advances in both quantum and classical hardware, especially in the area of material sciences. [READ MORE]