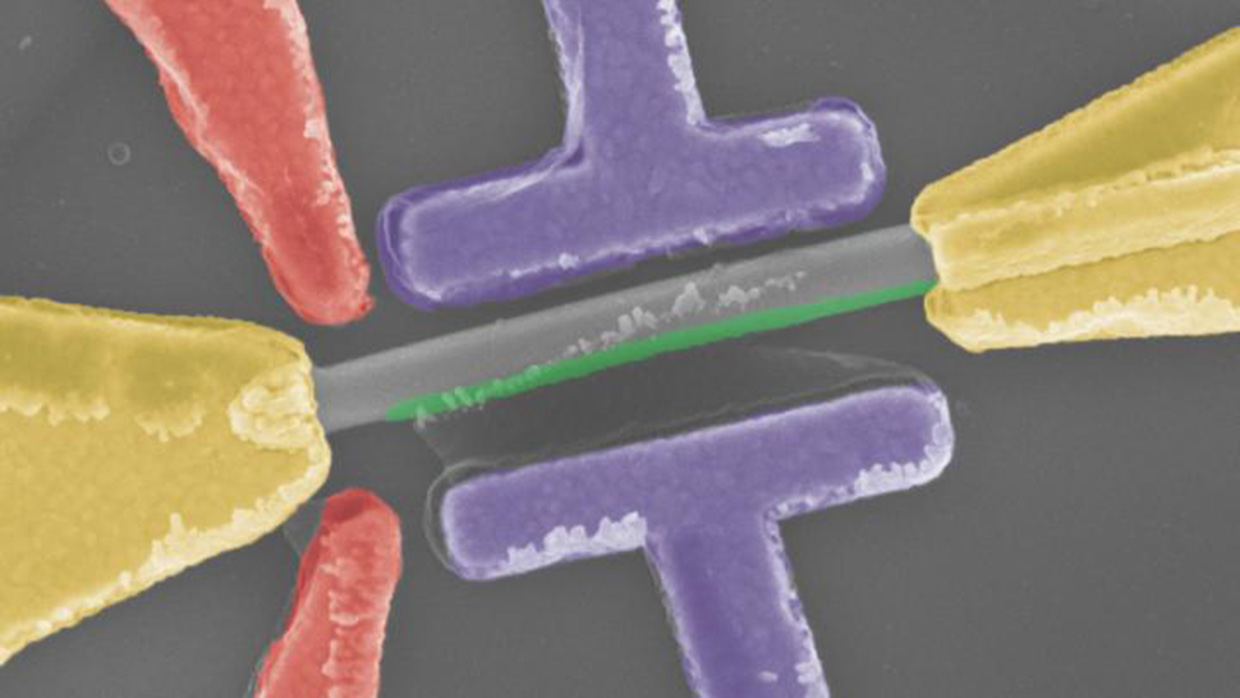 Controversial Microsoft-backed research on elusive theoretical particles that could have proved a major advance in quantum computing has now been retracted after other scientists pointed out critical flaws in the work.

The original research focused on Majorana fermions, long-theorized particles that are their own antiparticles. First predicted more than 80 years ago by Italian physicist Ettore Majorana, scientists have yet to detect these self-annihilating particles inside particle accelerators.

However, in the past decade or so, researchers have detected signs of a kind of Majorana fermion known as a Majorana zero mode. This quasiparticle manifests in the form of groups of electrons and other particles collectively behaving as single particles.

In a 2018 study in Nature, Microsoft-backed scientists claimed they found strong evidence of these quasiparticles within a special kind of superconductor, a discovery they suggested could pave the way for a powerful kind of quantum computer. Now the researchers have officially retracted this work, citing “insufficient scientific rigor.”

Majorana fermions could theoretically find use in the quantum bits, or qubits, at the heart of the most widely explored types of quantum computers. Whereas conventional computers switch transistors either on or off to symbolize data as ones and zeroes, because of the bizarre nature of quantum physics, qubits can exist in a state known as superposition where they can act as both 1 and 0. This essentially lets each qubit perform multiple calculations at once.

The more qubits are quantum-mechanically connected or entangled together, the more calculations they can simultaneously perform. Google and others have claimed evidence that their quantum computers have achieved a quantum advantage, outperforming even the most powerful modern supercomputers on certain tasks.

The quantum mechanical effects on which quantum computers depend—superposition and entanglement—are very fragile. However, Majorana zero modes could prove virtually immune to outside interference, a feature that Microsoft has suggested may help the company build a practical quantum computer.

The extraordinary resistance Majorana zero modes can have against disruption is rooted in topology, the branch of mathematics that investigates what aspects of shapes can survive deformation. When a pair of Majorana zero modes swap places—a technique similar to braiding two strands of hair—topology suggests these quasiparticles can in a sense remember how they behaved with respect to one another even after they get separated.

In theory, a “topological qubit” created from a pair of Majorana zero modes could benefit from a kind of protection conveyed by its topology. Even if one member of this duo runs into interference, the qubit can survive if its partner remains unscathed. This stability could help topological quantum computers scale up in power more easily than other approaches.

Directly proving that Majorana zero modes actually exist, however, has proven extraordinarily difficult. The 2018 work argued it discovered such evidence. However, these claims were “from the start implausible,” says physicist Sergey Frolov at the University of Pittsburgh, whose investigations helped to trigger the Nature retraction.

In the 2018 study, researchers experimented with indium antimonide semiconductor nanowires covered with aluminum superconducting shells. In this hybrid material, a so-called “topological superconductor,” previous research suggested Majorana particles should form at both ends of the wires.

When the scientists varied the voltage to their devices, they detected a sudden peak in their electrical conductance. They claimed this electrical signal was evidence of discrete, quantized levels of conductance, a hallmark of Majorana particles.

However, Frolov notes that when he and physicist Vincent Mourik at the University of New South Wales in Australia data from the 2018 work, they discovered major conflicts between the raw files and the published results. After their communication with the Microsoft-backed team proved fruitless, Frolov says, “we complained to Nature, Nature asked the authors for explanations, and then they retracted.”

The retraction notes errors such as how the scientists “unnecessarily corrected” some of the data and mislabeled a graph. An independent review requested by the Delft University of Technology in the Netherlands suggests the researchers selected data that supported the phenomenon they were looking for while omitting conflicting data. However, this review found no evidence these errors were intentional. It further suggested the scientists were caught up in their enthusiasm and so did not pay enough attention to data that did not suit their purposes.

Although this research was retracted, some experts remain cautiously optimistic that the larger quest for topological qubits continues. “From the theoretical standpoint, there is no doubt that Majorana zero modes should exist in quantum wires and that, under appropriate conditions, they should give rise to quantized electrical conductance,” says theoretical physicist Marcel Franz at the University of British Columbia in Vancouver, who co-wrote a commentary on the 2018 study. “The fact that no consensus has yet emerged on the experimental side, despite significant worldwide effort, is a testament to the enormous challenge that these experiments present to the physics community. I am optimistic however that in time, theory will be fully validated by experiments because, unlike in many other situations, we do understand the underlying mechanisms extremely well.” [READ MORE]