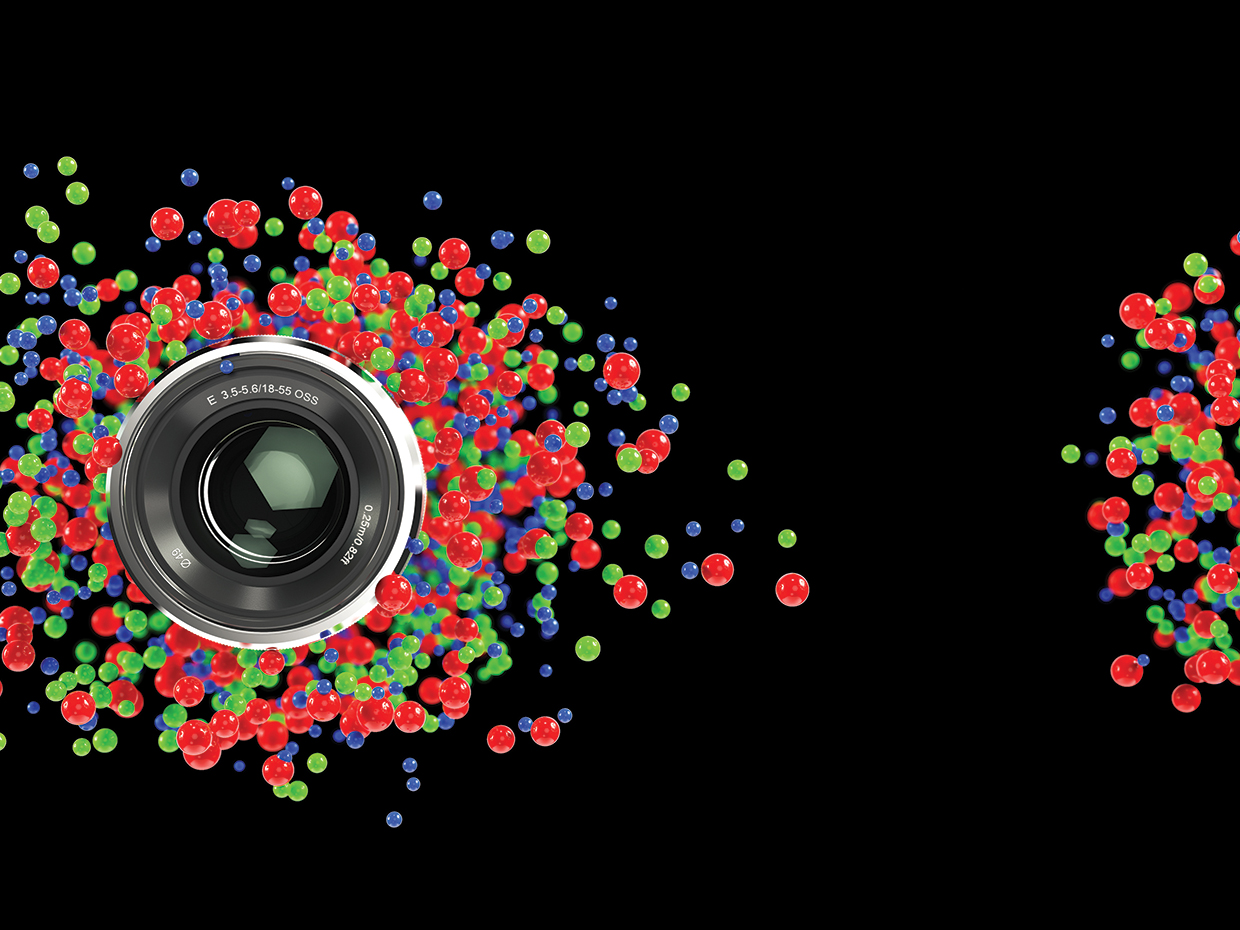 In the early 2000s, the commercialization of CMOS image sensors led to smaller and smaller—and cheaper and cheaper—digital cameras. Now the thinnest of mobile phones contains at least two camera modules, and all except the most dedicated photographers have stopped carrying a separate camera, concluding that the camera sensors in their phones take pictures that are good enough.

But do they? In bright sun, parts of an image are often washed out. In low light, images become grainy and unclear. Colors do not quite pop like those taken with a professional camera. And those are just the problems with cameras that record visible light. Although it would be great to have night vision in our cameras, infrared sensors cost a lot more for much poorer image quality than their visible-light brethren.

It’s time for another revolution in imaging technology. This one will be brought to you by the quantum dot, a nanometer-size particle of semiconductor material, which acts much differently from its bulk counterpart.

When a semiconductor material absorbs light, it releases an electron from a chemical bond, and that electron is free to roam. The same process happens in a quantum dot (QD). But one thing is different: Although an electron is indeed released, it can’t roam as easily; it gets squeezed by the edges of the particle, because the quantum dot is only a few nanometers in diameter. This squeeze is called quantum confinement, and it gives the particle some special properties.

The most useful property for imaging is that the light absorbed by the quantum dot is tunable—that is, the color can be continuously adjusted to almost any wavelength in the visible and infrared spectrum simply by choosing the right material and the right particle size. This tunability works in reverse as well—the color of the light emitted when the electron recombines can be selected precisely. It is this light-emission tunability that in recent years inspired the manufacturers of TVs and other kinds of displays to use quantum dots to improve color reproduction. (They’ve given the enhancement a number of names; the most common branding is “QLED.”)

In addition to tunability, quantum dots have a few other nice features. Their small size allows these particles to be incorporated into printable inks, making quantum dots easy to slip into a manufacturing process. Quantum dots can absorb light more efficiently than silicon, which could allow camera makers to produce thinner image sensors. And QDs are sensitive across a broad dynamic range, from very low light to very high brightness.

Before we tell you how quantum-dot cameras will work—and when they will likely be commercially available—we should explain something about the CMOS sensor, today’s state of the art for digital images. Clearly there has been considerable progress in the underlying technology in the past decade or two, particularly in making it smaller and cheaper. But the way in which it converts light into an image has largely remained unchanged.

In a typical camera, like the one in your phone, light passes through a series of lenses and a mosaic of red, green, and blue filters before being absorbed by one of the sensor pixels (sometimes called a photosite, to distinguish it from a pixel on an image) on the silicon CMOS chip. The filters determine which color each photosite will record. [READ MORE]