The Networks That Aim to Track GPS Interference Around the World 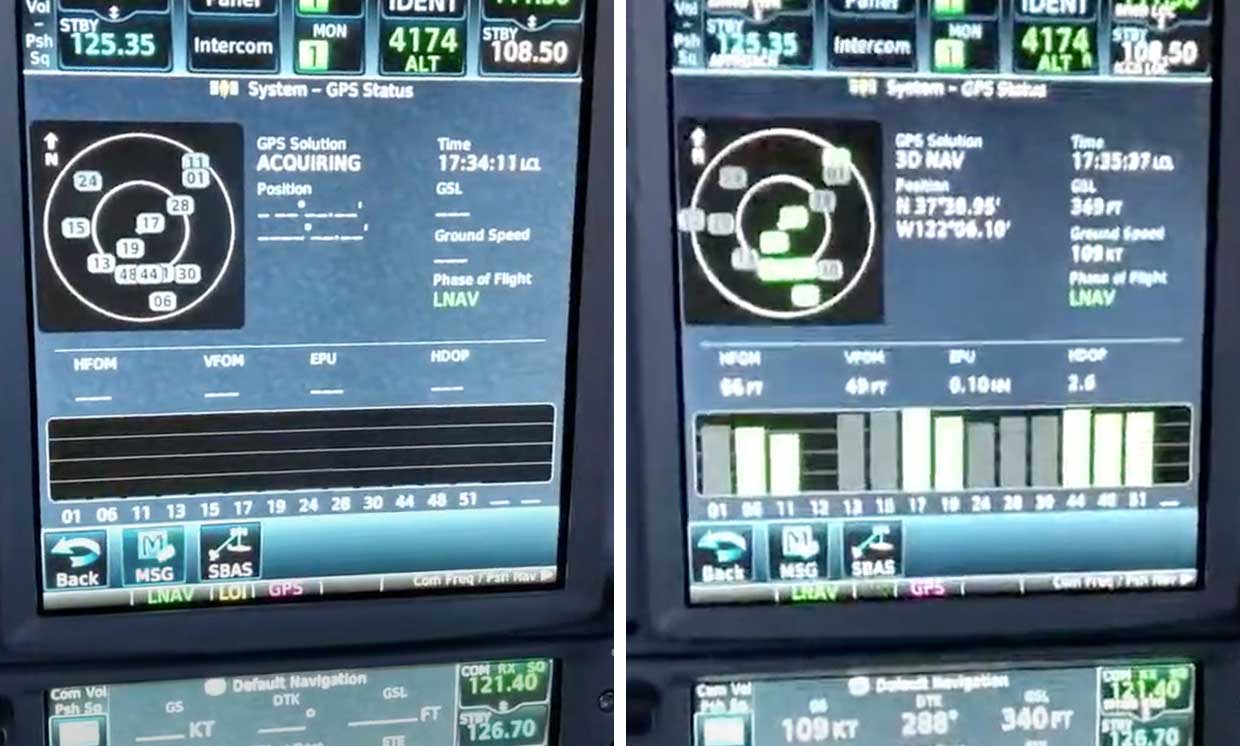 When Kevin Wells’s private jet lost its GPS reception on the approach to Hayward Executive Airport in California’s Bay Area in February 2019, he whipped out his phone and started filming the instrument panel. For a few seconds, the signals from over a dozen GPS satellites can be seen to blink off, before slowly returning as Wells continues his descent and eventually makes a safe landing.

Wells was quick to film the incident because this was not the first time he had suffered GPS problems. Less than a month earlier, his Cessna had been hit by a similar outage, at almost the identical location. “At that point it was pretty clear to me that it was either inadvertent or purposeful jamming,” he told IEEE Spectrum. “And I wanted to track it down.”

Wells had fallen victim to GPS interference events, where rogue or malicious signals drown out the faint signals from navigation satellites in orbit. Such events, often linked to US military tests, can cause dangerous situations and near-misses. A recent Spectrum investigation discovered that they are far more prevalent, particularly in the western United States, than had previously been thought.

After the second incident, Wells contacted the local air traffic control tower, asked other pilots, and even drove around Hayward with a handheld GPS receiver hunting for the source of the interference himself, all to no avail.

Luckily, Wells had other options to solve the puzzle. As Executive Director of the Stanford Institute for Theoretical Physics, Wells knew many of the university’s researchers. He took his video to the GPS Lab at Stanford Engineering, where Professor Todd Walter was already studying the problem of GPS jamming.

The U.S. Federal Aviation Administration (FAA) and Federal Communications Commission (FCC) do have procedures for finding people deliberately or accidentally interfering with GPS signals. When pilots reported mysterious, sporadic GPS jamming near Wilmington Airport in North Carolina, the FAA eventually identified a poorly designed antenna on a utility company’s wireless control system. “But this took many weeks, maybe months,” Walter tells Spectrum. “Our goal is to track down the culprit in days.”

Walter’s team was working on a drone that would autonomously sniff out local signals in the GPS band, without having to rely on GPS for its own navigation. “But we didn’t have permission to fly drones in Hayward’s airspace and it wasn’t quite at the point where we could just launch it and seek out the source of the interference,” says Walter.

Instead, Walter had a different idea. Why not use the GPS receivers in other aircraft to crowdsource a solution? All modern planes carry ADS-B transponders—devices that continually broadcast their GPS location, speed and heading to aid air traffic control and avoid potential collisions. These ADS-B signals are collected by nearby aircraft but also by many terrestrial sensors, including a network of open-access receivers organized by OpenSky, a Swiss non-profit.

With OpenSky’s data in hand, the Stanford researchers’ first task was accurately identifying interference events. They found that the vast majority of times that ADS-B receivers lost data had nothing to do with interference. Some receivers were unreliable, while others were obscured from planes overhead by buildings or trees.

Being able to link the loss of Wells’s GPS signals with data from the OpenSky database was an important step in characterizing genuine jamming. Integrity and accuracy indicators built into the ADS-B data stream also helped the researchers. “I think certain interference events have a characteristic that we can now recognize,” says Walter. “But I’d be concerned that there would be other interference events that we don’t have the pattern for. We need more resources and more data.”

For the Hayward incidents, Walter’s team managed to identify 17 days of potential jamming [PDF] between January and March 2019. Of the 265 aircraft that flew near Hayward during that time, the ADS-B data showed that 25 had probably experienced GPS interference. This intermittent jamming was not enough to narrow down the source of the signals, says Walter: “We can say it’s in this region of Hayward but you don’t want to go searching ten city blocks. We want to localize it to a house or building.”

Walter now hopes to expand on its Hayward study by tapping into the FAA’s own network of high quality ADS-B receivers, to help uncover more interference signals hidden in the data.

Leveraging ADS-B signals is not the only way researchers can troubleshoot GPS reception. Earlier this month, John Stader and Sanjeev Gunawardena at the US Air Force Institute of Technology presented a paper at the Institute of Navigation’s PTTI 2021 conference detailing an alternative interference detection system.

The AFIT system also uses free and open-source data, but this time from a network of continuously-operating terrestrial GPS receivers across the globe. These provide high-quality data on GPS signals in their vicinity, which the AFIT researchers then mined to identify interference events. They were able to identify 30 possible jamming events in one 24-hour period, within minutes of the jamming having occurred. “The end goal of this research effort is to create a worldwide, automated system for detecting interference events using publicly available data,” wrote the authors. [READ MORE]