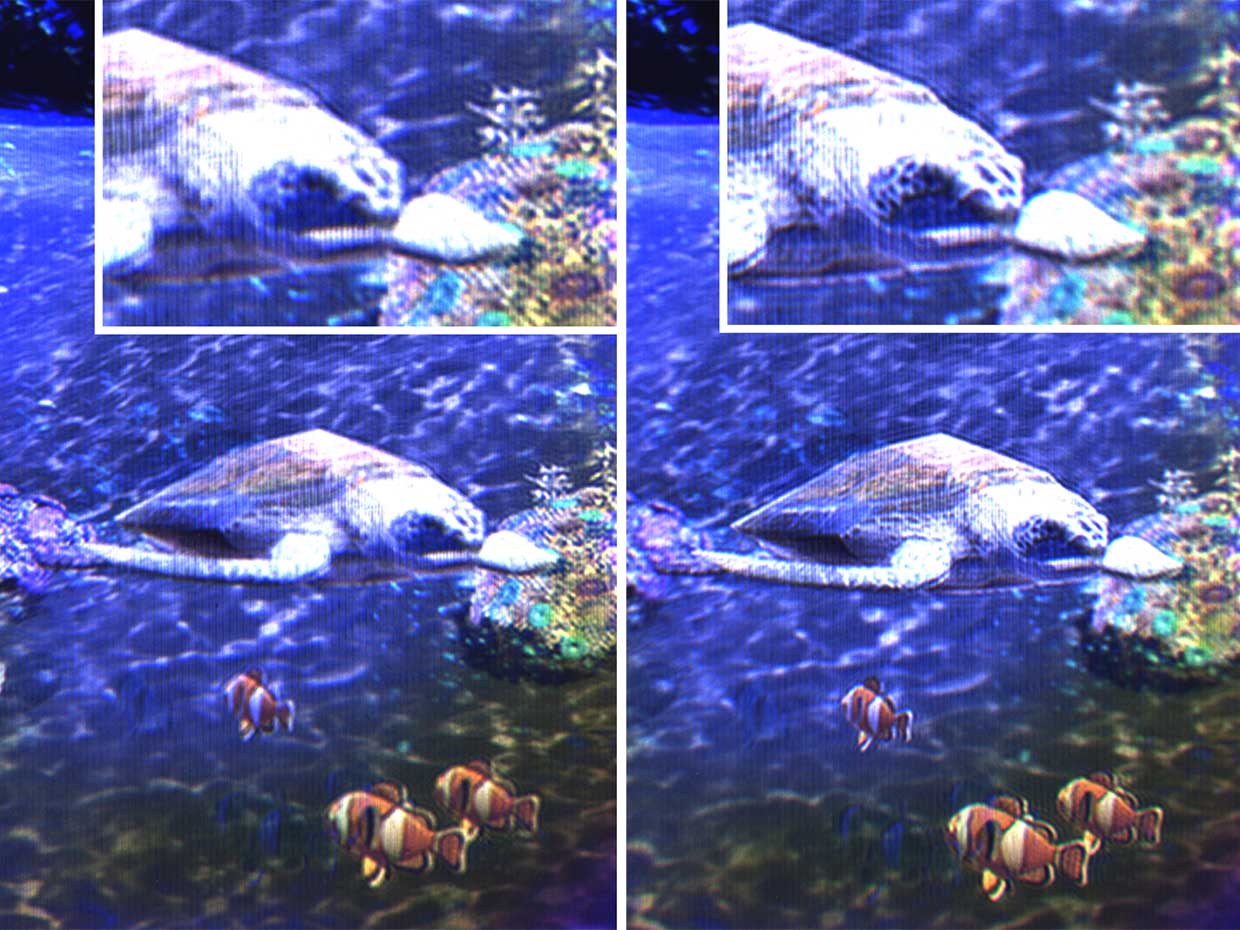 Samsung video display aimed at putting holograms in our hands

A thin holographic display could one day enable 4K 3-D videos on mobile devices as well as household and office electronics, Samsung researchers and their colleagues say.

Conventional holograms are photographs that, when illuminated, essentially act like 2D windows looking onto 3D scenes. The pixels of each hologram scatter light waves falling onto them, making the light waves interact with each other in ways that generate an image with the illusion of depth.

Holography creates static holograms by using laser beams to encode an image onto a recording medium such as a film or plate. By sending the coherent light from lasers through a device known as a spatial light modulator—which can actively manipulate features of light waves such as their amplitude or phase—scientists can instead produce holographic videos.

For starters, whereas static holograms can encode an extraordinary amount of data onto light-sensitive films, resulting in large images that can be viewed from a wide range of angles, holographic video displays are limited by pixel size and pixel number. They are, therefore, often limited to small images or narrow viewing angles. Previously, holographic video displays capable of full high-definition resolution could provide either a viewing angle of 0.25 degrees in a 10-inch display or 30 degrees in a 0.1-inch display.

Another issue has been the challenge of generating the coherent light needed for a holographic video display. It often requires complicated, bulky optics, making it difficult to do holography with slim flat-panel displays. What’s more, the extraordinary amount of data within holographic videos demands a huge amount of computing power.

But researchers at Samsung say they have developed a way to create a thin holographic video display that is viewable from a wide range of angles. The team detailed their findings online on 10 Nov. in the journal Nature Communications.

“I have confidence that we can make a holographic display as a product in the near future,” says study senior author Hong-Seok Lee, an optical engineer at the Samsung Advanced Institute of Technology in Suwon, South Korea.

A key feature of the new display is a special backlight equipped with a beam deflector that can tilt the angles of coherent light beams from laser diodes. This has expanded the viewing angle for the display 30-fold without increasing the number of pixels needed. Moreover, instead of using a bulky lens to gather scattered light from the display’s pixels for viewing, the researchers used a relatively svelte geometric phase lens. The result, say the researchers, is that the display’s optical components measure only 1 centimeter thick.

To generate high-quality holographic videos in real time, the Samsung team employed a number of methods to cut down the amount of computation needed. For example, they used as few bits as possible to represent each pixel and replaced complex mathematical operations with simple lookup tables.

All in all, the size of the prototype display is 10.1 inches, with a viewing angle of 15 degrees at a viewing distance of 1 meter. The single-chip holographic video processor they developed could perform roughly 140 billion operations per second to generate 4K-resolution holographic color images at a speed of 30 frames per second. [READ MORE]