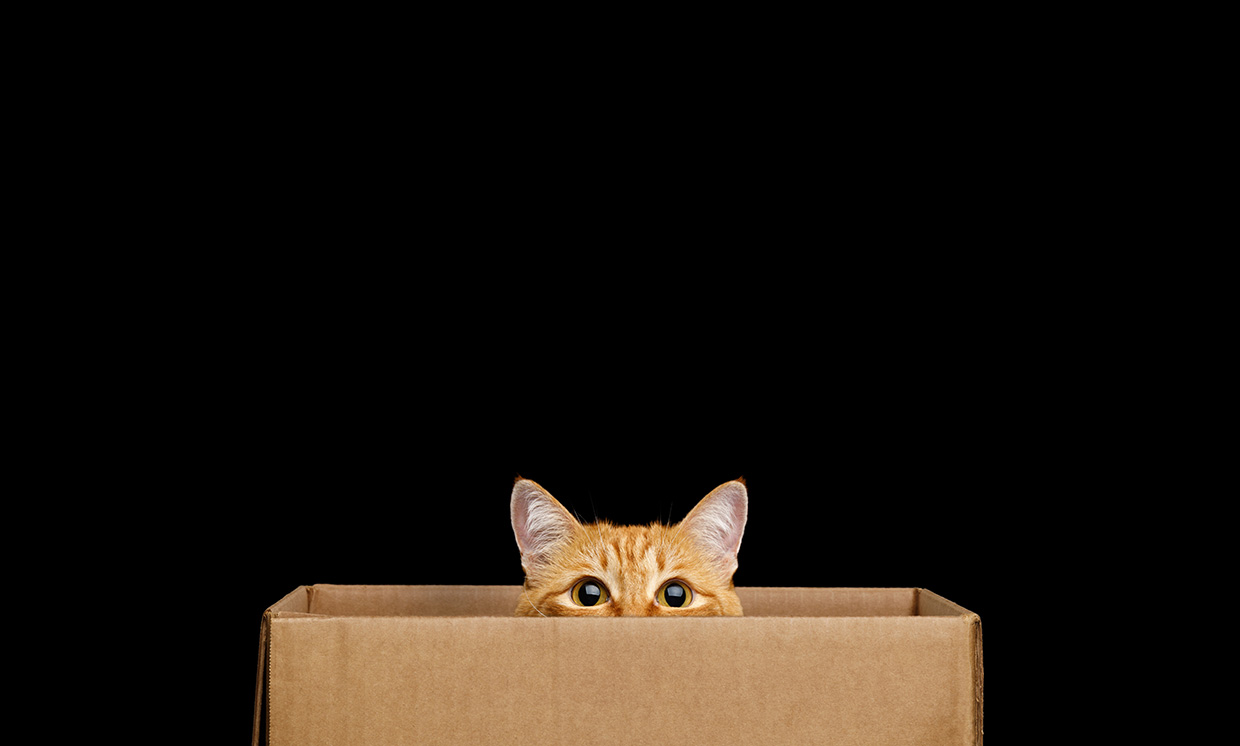 Schrödinger’s cat is a thought experiment in which a quantum event suspends a cat in a box in a nebulous state between life and death: the cat only definitely becomes alive or dead when someone looks in the box. Now Amazon has unveiled a new theoretical blueprint for a quantum computer based on combining hardware versions of lots of Schrödinger’s cats.

Classical computers switch transistors either on or off to symbolize data as ones or zeroes, while quantum computers use quantum bits—qubits—that, because of the surreal nature of quantum physics, can exist in a state of superposition where they are both 1 and 0 at the same time. This essentially lets each qubit perform two calculations simultaneously.

If two qubits are quantum-mechanically linked, or entangled, they can help perform 2^2 or four calculations simultaneously; three qubits, 2^3 or eight calculations; and so on. In theory, a quantum computer with 300 qubits could perform more calculations in an instant than there are atoms in the visible universe.

A critical drawback of current quantum computers is how their inner workings are prone to errors. “If you look at the error rate gap in terms of where the hardware is now and where it needs to be to handle large-scale problems with known societal and commercial benefit, there’s about a nine orders of magnitude gap,” says Oskar Painter, head of Amazon Web Services (AWS)’s quantum hardware program and an experimental physicist at the California Institute of Technology.

Scientists can compensate for these high error rates using redundant qubits. However, such strategies often demand high overheads in terms of hardware — for example, they may require more than 1,000 redundant “physical” qubits for every useful “logical” qubit.

Another strategy involves designing quantum computers that are inherently stable against error. Now the AWS Center for Quantum Computing has released a theoretical blueprint for a fault-tolerant quantum computer that intrinsically suppresses a major source of errors.

Scientists can theoretically encode a qubit using virtually any pair of states of a quantum system—for example, two of a molecule’s potentially many different energy levels. Amazon’s new blueprint relies on the choice to use so-called “cat states,” which consist of pairs of states as opposed to one another as the states of life and death experienced by the original Schrödinger’s cat.

The building block of Amazon’s quantum computer design is an oscillator that fluctuates in a coherent fashion—that is, the oscillations move in phase, or lockstep. Cat states are superpositions of two coherent sets of fluctuations with opposite phases in the same oscillator.

Recent findings revealed scientists could make qubits based on cat states highly resistant to bit flip, a common source of error when a qubit’s state flips from 1 to 0 or the reverse.

“Cat qubits have an intrinsic protection against environmental noise,” Painter says. “We buy ourselves a lot going to cat qubits—a several orders-of-magnitude reduction in error rate.”

This strategy does render the cat qubit more vulnerable to a different common source of error known as phase flip, when it switches between one of two opposite phases. However, Amazon notes it can then use quantum error correction codes to compensate for these errors to help develop a fault-tolerant quantum computer.

“By focusing on just one type of error instead of two, that significantly reduces the overhead required in code,” Painter says. “That’s the big benefit.”

Amazon’s new blueprint suggested using piezoelectric nanostructures as the  oscillators, since they are very compact. However, the researchers note much work remains to make them sufficiently coherent and reliable. They add their new strategy can also employ superconducting storage resonators as oscillators, a more mature technology.

“We’re looking at a plethora of different options right now,” Painter says. “It’s still rather early in development—if we get too siloed in one direction, it could be significantly limiting.”

The researchers estimated what hardware their strategy might need to outperform a classical computer when it came to simulating the Hubbard model, a quantum algorithm that describes strongly interacting electrons, says Fernando Brandao, head of AWS’s quantum algorithms program and a theoretical physicist at the California Institute of Technology. It has applications in analyzing not just battery design, but also high-temperature superconductors, topological materials “and other exotic quantum matter that may hopefully be the materials of the future,” Brandão says. [READ MORE]