For The First Time, Electronics Printed On Paper Can Be Fully Recycled 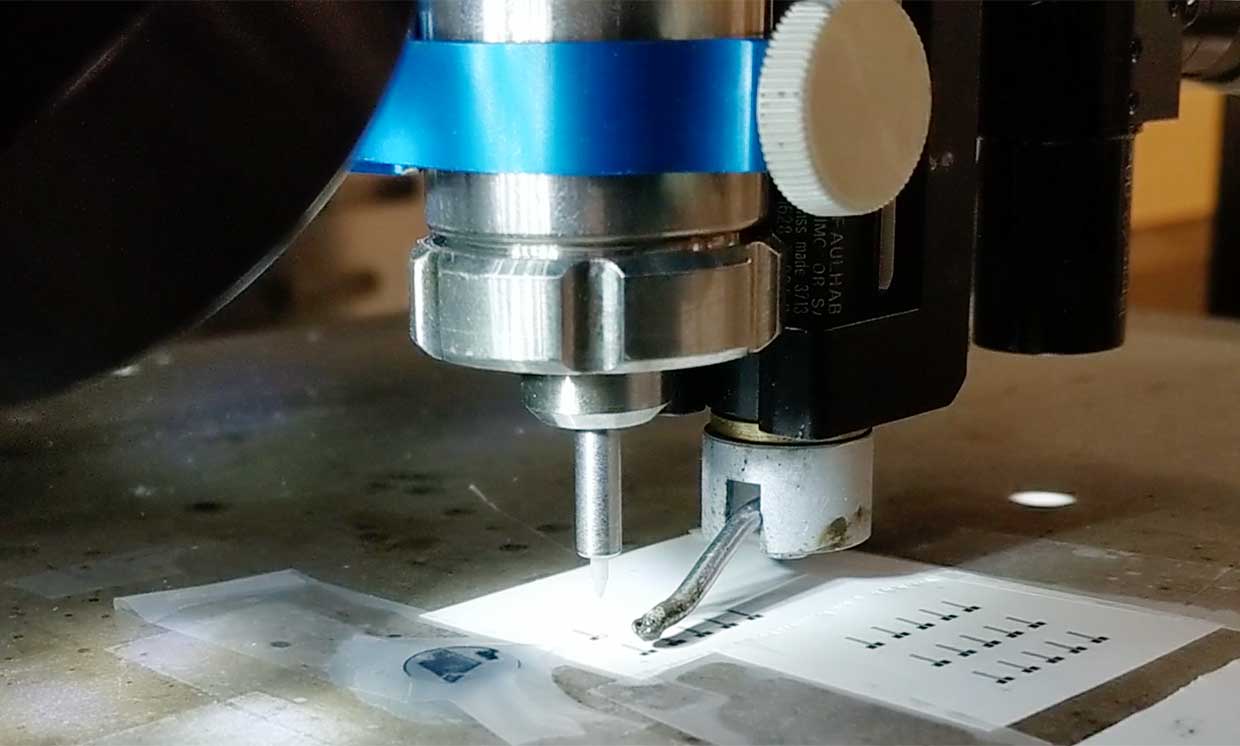 With a cocktail of carbon-based inks, engineers have made the first fully printable and recyclable electronic circuits on paper. The sturdy, high-performance devices last for months, and can be decomposed at the end to recover the carbon materials so they can be reused for printing.

The recyclable carbon electronics are not meant to supplant silicon, says Aaron Franklin, an electrical and computer engineering professor at Duke University who reported the advance in Nature Electronics. Instead, this is a way to satisfy the thirst for ubiquitous, embedded electronics without sending enormous amounts of often toxic waste to landfills and the environment.

“It is absolutely not targeted at upending the half-trillion dollar semiconductor industry,” he says. “People want more and more data, and more sensors to capture that data. Be it agricultural or medical or environmental sensors, there’s an increasing appetite for getting electronics all over the place.”

Research on printed and transient electronics has exploded in recent years to meet this demand for low-cost, eco-friendly sensors. Transient electronics are designed to degrade and disappear after use instead of lingering in the body or the environment. But they still create silicon and other waste. Meanwhile, past efforts to print circuits still utilize some techniques outside of the printer, Franklin says. “We emphasize print-in-place. We put the substrate on printer, print everything and then pull it out, and the device is ready to test. And the performance is on par if not better than most other printed transistors.”

To get these high-quality devices, the researchers used carbon inks for all three main elements of thin-film transistors: semiconductor, conductor and insulator. The semiconducting and conductive inks were made from off-the-shelf carbon nanotubes and graphene.

The crucial advance is the researchers’ new insulator ink. For this, they used nanocellulose, an abundant, biodegradable material made from wood pulp. It is used commonly in food packaging, cosmetics and wood products, and sheets of it are also used in electronics as an insulator. But Franklin and his colleagues are the first to suspend nanocellulose in a solution and use it as an ink in printing circuits.

With a machine that Franklin describes as an advanced version of a common inkjet printer, the team deposited the three inks onto paper one layer at a time to make transistors. The machine vaporizes the ink into a fine mist of microscopic droplets and guides this aerosol onto the paper surface using an inert gas. But the underlying technique could be transferred to faster roll-to-roll printing, which could churn out thousands of devices quickly.

The devices made had an “astonishingly long shelf life,” he says. “It was genuinely surprising to us.” The bare transistors, without any protective coating or encapsulation, have been sitting on a lab shelf for nine months without any loss in performance, he says.

Recycling the devices involves immersing them in a series of baths, and using sound waves to vibrate them so as to separate all the components. The carbon nanotubes and graphene can be filtered out, and nearly all of it can be recovered to be reused for printing. The nanocellulose and the paper substrate can then be recycled separately.

Franklin says his team haves several applications in mind for the printed carbon electronics that they are now testing. “It’s incredibly promising what these devices can do.” [READ MORE]