His Blue LEDs Changed How We Light Our World 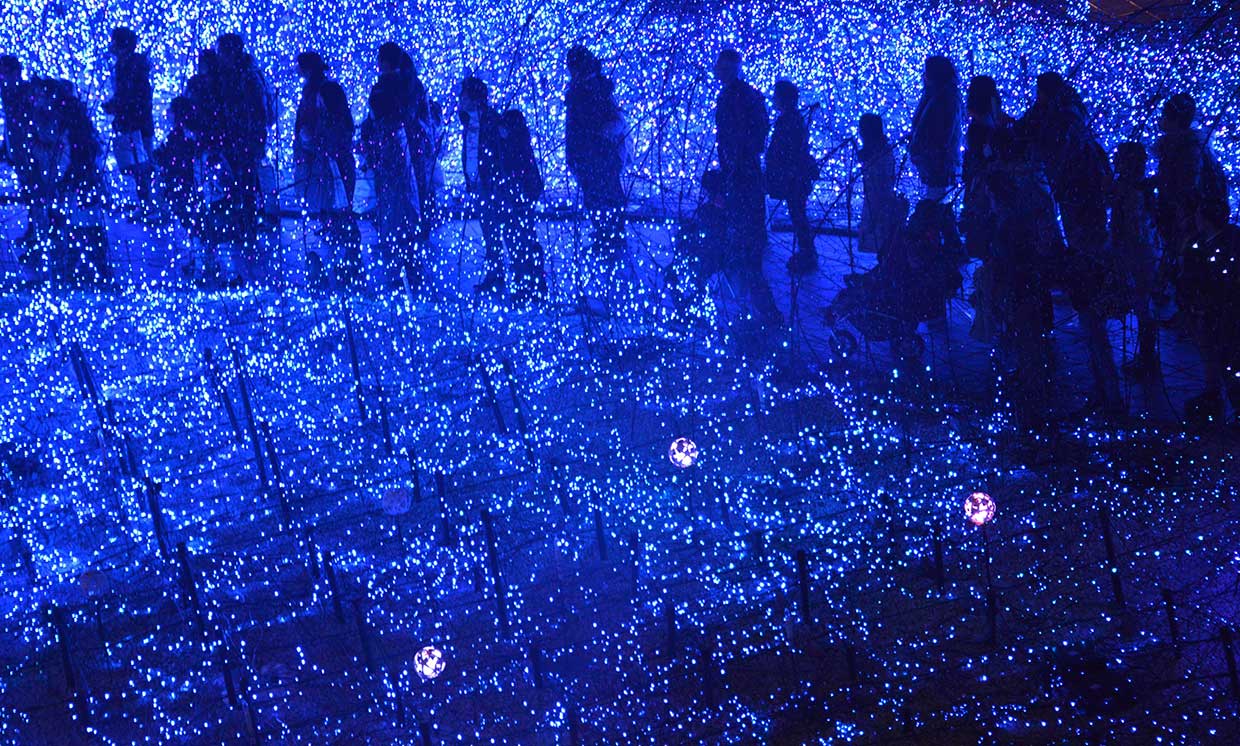 I met the bright blue LED and Isamu Akasaki at the Materials Research Society meeting in Boston in 1991. A friend in the press room said “You’ve got to see this.” He introduced me to Akasaki, a soft-spoken Japanese gentleman of 62 who took a pen-sized device from a pocket and turned it on. The bright blue light caught my eye immediately. A practical blue LED was a holy grail of photonics.

Light emission from semiconductors goes back to 1907, when radio pioneer Henry J. Round saw it from silicon carbide, although he did not know what caused it. Half a century later physicist and IEEE Medal of Honor recipient Nick Holonyak Jr. invented practical red LEDs. They started as indicator lights and calculator displays; brighter red LEDs and diode lasers followed in the 1970s and 1980s. Yet the blue end of the spectrum remained beyond reach.

LEDs are compact and have become efficient, but they can’t produce white light without the vital blue part of the spectrum. In fact, combining blue light with yellow phosphors can make white light adequate for illumination, although rather harsh to the eye. Adding blue to the semiconductor spectrum could open new opportunities. Applications from lasers to lighting and television depended largely on gas, vacuum and incandescent sources, which were cumbersome, fragile, inefficient and—especially for lasers—costly.

Akasaki started his quest for blue LEDs in the early 1970s at the Matsushita Research Institute in Tokyo, where he plugged away with gallium nitride long after other seekers of blue sources switched to zinc selenide or other materials. After moving to Nagoya University, Akasaki and his student Hiroshi Amano grew the first high-quality GaN crystal in 1985, followed by the first p-n junction and later the blue LED. Shuji Nakamura at Nichia Corp. then improved GaN quality, efficiency and brightness, making white LEDs and in 1996 demonstrating the first blue diode laser.

The blue diode laser made headlines and offered to solve a problem in consumer electronics by squeezing a full HD movie onto a single optical disk. Tests of prototype blue disc players began in 1998, but HD television was slow to launch, a battle broke out over disc format, and in the end consumers preferred streaming video to Blu-ray players.

Blue LEDs had much better timing. They arrived when concern about energy use and climate change created a push for more efficient lighting. Nichia commercialized white LEDs in 1996. Japan launched a solid-state lighting project and the United States soon followed. In 1999, the Optoelectronics Industry Development Association projected that by 2010 LED bulbs would produce 50 lumens of light per watt of power; in 2012, I installed such LED bulbs in my home and office. Today I can buy four dimmable bulbs delivering 100 lumens per watt for under $6.00.

Today’s LED bulbs offer shades of white from warm and reddish to cool and bluish. The Boeing 787 Dreamliner and the International Space Station are illuminated with bulbs programmed to help people work or relax. Philips Hue smart bulbs with Bluetooth links offer the choice of 16 million colors and 50,000 shades of white.

Unless you haven’t updated your screen or computer in several years, you’re probably reading these words on a liquid-crystal display backlit with white LEDs. If you’re reading on a smartphone or laptop with a retina screen, you’re reading in the light of organic LEDs made from different materials. LEDs also light your television, either as backlights behind the liquid crystal screen or as an array of GaN micro-LEDs or an OLED screen.

LED lighting is all around us. From suburban lawns to off-the-grid areas of developing countries, nighttime lighting comes from solar-powered white LED lights with battery storage. Street lighting is increasingly with grid-powered LEDs, although some early urban adopters took heat for harsh glare from poorly chosen shades of white. But better colors are available now.

Recognition came late to Akasaki, who called himself a “late bloomer.” He was 82 when he received the IEEE Edison Medal and 85 when he, along with Amano and Nakumura received the 2014 Nobel in Physics, and he displayed it with an almost elfin grin. He lived to see his invention light up the world by the time he died of pneumonia at 92 on 1 April 2021. [READ MORE]