How Close Is Ordinary Light To Doing Quantum Computing? 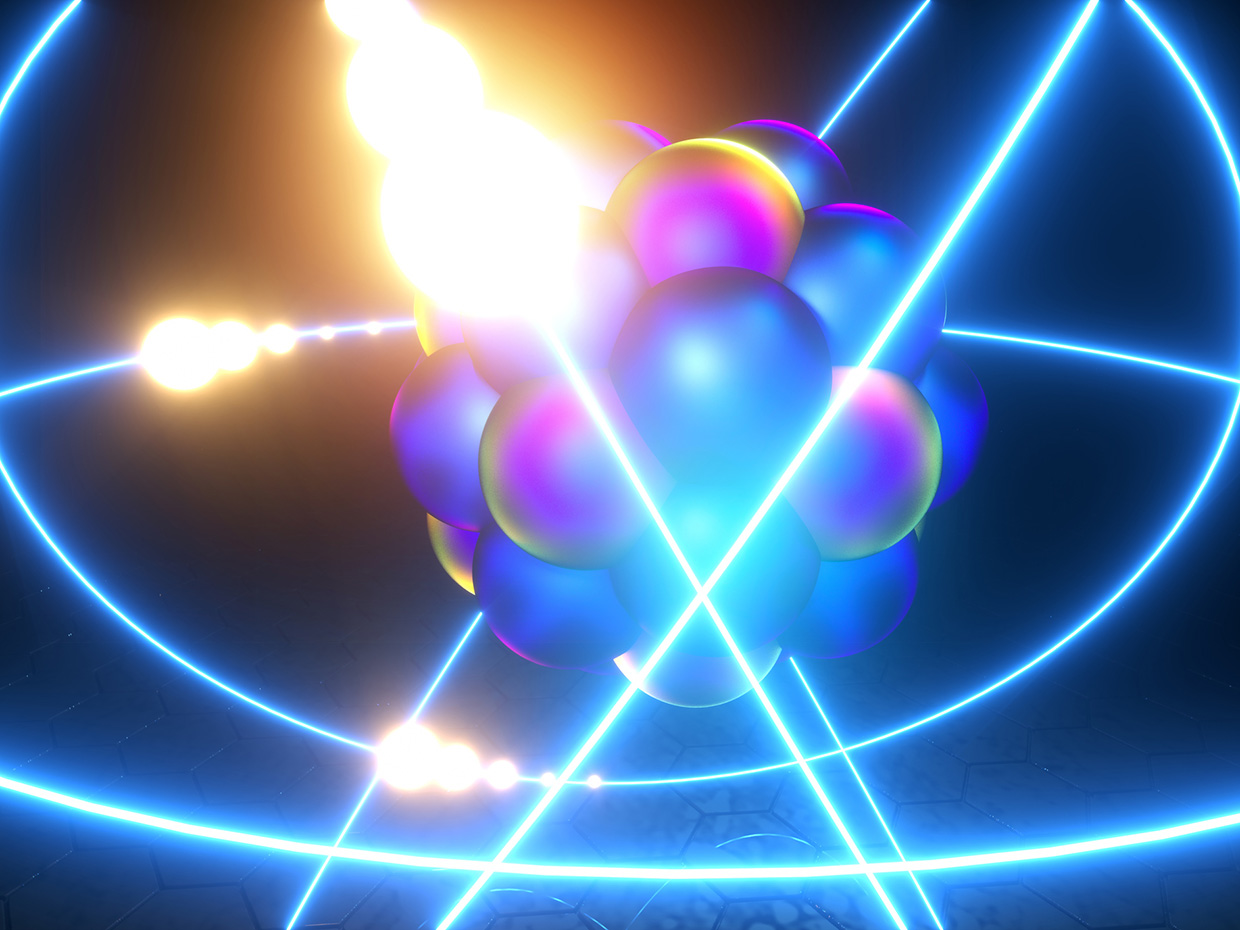 Using just a simple laser of the sort found in undergraduate optics labs, physicists may be able to perform some of the same calculations as a hard-to-handle quantum computer operating at ultracold temperatures.

The trick is to use classically entangled light, a phenomenon that has some of the same properties as the traditional entanglement spun out of quantum mechanics. Researchers Yijie Shen from Tsinghua University, Beijing, China, and the University of Southampton, UK, and Andrew Forbes from the University of Witswaterand, Johannesburg, South Africa showed they could create a light beam with multiple entanglements in a recent paper in the journal Light: Science and Applications. And it’s all done with mirrors.

“Although it’s always spoken about in the quantum world, the idea of entanglement is actually not unique to quantum mechanics,” says Forbes, a professor of physics at Witswaterand and leader of the research.

In the quantum realm, entanglement means that two particles—electrons or photons, for instance—have some property that is fundamentally related between the pair. That might be polarization or spin, a quantum property that can be thought of as a bar magnet pointing up or down or somewhere in between. If one particle in an entangled pair is spin up, the other one will be spin down. Measuring one will provide information about the other, even if the particles are on opposite ends of the universe. Those properties are, in the language of physics, non-separable; you can’t have one without the other.

In classically entangled light, rather than those non-separable properties being split between two particles, they exist within a single beam of light. “Instead of measuring one property of two photons, you measure two properties of one beam and it comes out to be the same thing,” Forbes says.

In this case, the properties are pathways that groups of photons follow within the laser beam. “It’s one coherent beam, but following many trajectories in in space,” Forbes says. Each of those trajectories is a degree of freedom, and scientists can encode information on those degrees of freedom by assigning each one a different value—instead of the 0s and 1s of digital computing, they might name the different paths 1 through 8 and use those in their calculations.

Classically entangled light, sometimes called “structured light,” is not a new concept. But until now no one had entangled more than two properties at once. Forbes says his group’s method can entangle a potentially infinite number of pathways, though the limitations of their equipment might impose a practical cap. In their paper, his group demonstrated eight degrees of freedom within one beam.

They do it simply by changing the spacing between mirrors in the laser cavity. One, a fully reflective mirror, is flat, while a second mirror is curved like a lens, and lets some percentage of the photons striking it pass through. When the mirrors are the right distance apart, some of the photons striking it an angle bounce back at the opposite angle, strike the rear mirror, and refract onto the curved mirror at another spot. The photons passing through at different spots on the mirror create the pattern. Simply by moving the mirror, the scientists can change the angles of the light rays and thus the patterns.

“There’s an infinite number of paths that you can take—up, down, left, right, diagonal,” Forbes says. “Not only could we make light that took many different paths at once, but we could encode information into those paths to make it look like we were holding a high-dimensional multi-photon quantum state.”

Because quantum computing relies on particles existing in multiple states, some of the algorithms developed for it could be run using classically entangled light instead, Forbes says. That wouldn’t replace the quantum computers researchers are trying to build, but it would provide a bridge between them and the classical computers that now exist. Entangled light could perform more complicated calculations than a digital computer, and do it using bright, easy to handle beams of light, instead of delicate quantum bits that can disappear if they warm up too far beyond absolute zero.

“It will allow us to simulate or possibly even replace some quantum processes in high dimensions which were thought not possible to be done. In other words, just make our life easier,” Forbes says.  “We’re doing quantum like-processes, but with things in the classical world.” [READ MORE]