The Radio We Could Send 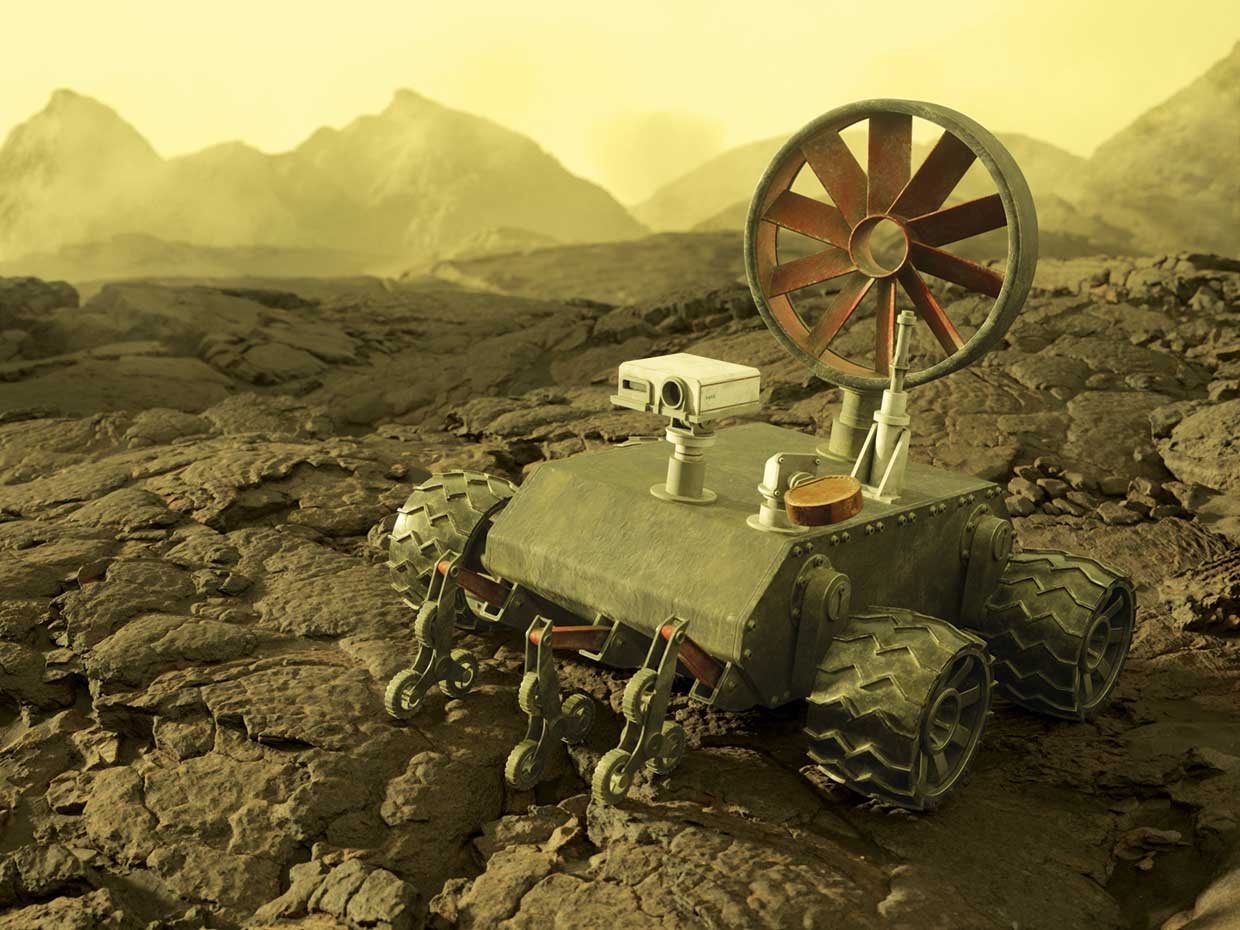 There were few bright spots in the pandemic summer of 2020. One of the most dazzling was the flight of U.S. astronauts to the International Space Station and their safe return to Earth aboard a commercial spacecraft from SpaceX. This demonstration was significant for many reasons, one of which was that it suggested a future in which NASA, freed from the demands of getting people to low Earth orbit, could aim much farther. Perhaps as far as Venus.

Excitement over a possible mission to Venus was stoked by the (now somewhat disputed) discovery of phosphine gas—a possible sign of microbial life—in that planet’s atmosphere. But the second planet from the sun has such an extreme environment that the longest-lasting lander, the Soviet Venera 13, was able to send data for only 2 hours and 7 minutes. The average surface temperature on Venus is 464 °C, the atmosphere is dense with highly corrosive droplets of sulfuric acid, and the atmospheric pressure at the surface is about 90 times that of Earth. Yet scientists think of Venus as our home world’s twin.

The size and mass of these two planets are very close, of course. And evidence points to similar early days: For as long as 3 billion years, Venus may have had massive oceans just like we do here on Earth, and therefore, perhaps, there was life. What cataclysmic events led to Venus’s loss of water? Planetary scientists would love to know, because it might inform our own fate as the climate changes.

To solve this and Venus’s other riddles, we’ll need several very capable robotic landers. But can we build machines—complete with instrumentation, communications, controllability, and mobility—that can survive such a hostile environment not just for hours but for months to years?

We can. Materials technology has advanced enough since the 1960s, when the former Soviet Union began launching its Venera series of landers to Venus, to ensure that the outer hull and mechanics of a future lander will be able to last for months. But what about those tender electronics? Today’s silicon-based systems would not last a day under Venus conditions. (We mean an Earth day, of course. A Venusian day is 243 Earth days.) Even adding active cooling systems might not give them more than an extra 24 hours.

The answer is a semiconductor that combines two plentiful elements, carbon and silicon, in a 1:1 ratio—silicon carbide. SiC can withstand extremely high temperatures and still work just fine. Scientists at the NASA Glenn Research Center have already operated SiC circuits for more than a year at 500 °C, demonstrating not only that they can take the heat but can do so over the kinds of lifetimes a Venus lander will need.

Silicon carbide is already making its mark in power electronics for solar inverters, electric-vehicle motor-drive electronics, and advanced smart-grid switch gear. But creating SiC circuits that can control a rover on the hellscape of Venus and send data from there to Earth will test this material to its limits. If it succeeds, we’ll get more than just a mobile outpost in one of the least hospitable spots in the solar system. We’ll also get insight into how to move wireless sensors into places on Earth that they’ve never gone before—on the blades of jet engines and natural-gas turbines, on the heads of deep oil-well drills, and inside a host of high-temperature, high-pressure industrial fabrication processes. The ability to locate electronics in these places has a meaningful chance of lowering the operating and maintenance costs of equipment while improving the performance and safety of both instruments and people in industrial settings.

In fact, our team, with members at KTH Royal Institute of Technology, in Stockholm, and at the University of Arkansas, in Fayetteville, believe silicon carbide circuits can take us there and beyond, to applications we have not yet imagined. [READ MORE]