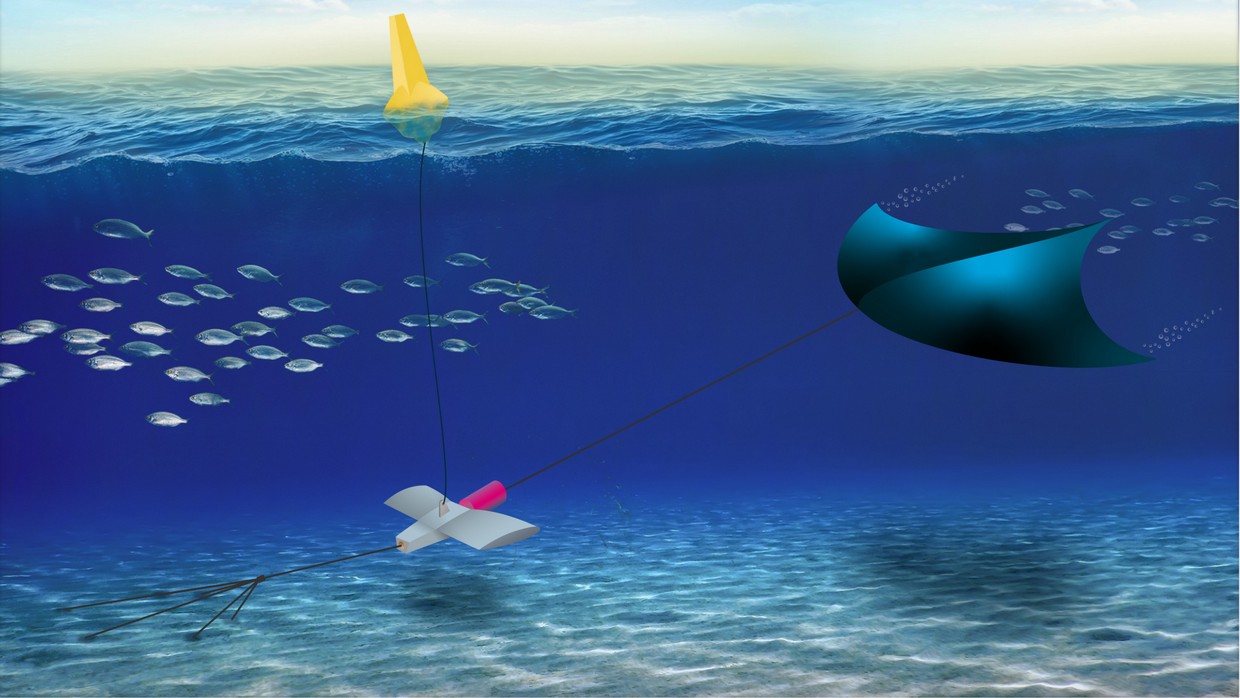 It’s been a challenge to find sources of renewable energy that are as reliable as the grid would like them to be. And unfortunately, the renewables that are the most flexible and affordable at small scales (like solar and wind) tend to also be the least predictable in terms of output. Hydro and geothermal offer much more consistency, but they’re infrastructure intensive and location restricted.

An interesting alternative is harvesting energy from moving water, which in many cases is as reliable as the moon. Waves, tides, and currents are all potential power sources, some of which we’ve begun to leverage, but not in a way that can fill the same sorts of niches that solar and wind can—small scale, versatile, and affordable.

Last year, ARPA-E (the Advanced Research Projects Agency–Energy), launched a $38 million program called SHARKS (Submarine Hydrokinetic And Riverine Kilo-megawatt Systems, oof) with the goal of fostering the design of “economically attractive Hydrokinetic Turbines (HKT) for tidal and riverine currents.” Despite the word “turbine” right there, ARPA-E is funding any new technology that can squeeze power out of flowing water, including a novel underwater manta-inspired kite generator under development by SRI.

Kite generators work by converting the energy of a moving fluid into the motion of a kite, and then harvesting energy from that motion. I say “fluid” because kites can work in air or water, or really anywhere else you can generate lift. The energy generation can happen on-board the kite itself (which is the approach used by Makani Power with their aerial wind turbines), or at the other end of the tether, where the pull from the kite gets turned into electricity.

SRI’s Manta system relies on a relatively simple, manta-shaped kite made out of simple materials like foam and fiberglass. The kite is attached via a tether to a generator, which in turn is anchored to the bottom of an ocean, bay, river, or anywhere else water moves. In its simplest implementation, the kite just rotates so that its wide, flat belly is facing against the movement of the water to reel out its tether, generating electricity as it gets carried along. At the end of the tether, the kite rotates to its most streamlined configuration, pointing into the water stream, and the tether hauls it back in. The reel-in phase requires energy, of course, but not nearly as much as the pay-out phase generates, and that difference is the power output of the system.

SRI is targeting an average output of around 20 kW per kite (enough to power a dozen homes), although to achieve this, the kite would need to be generating power a greater percentage of the time, meaning that it would need to follow a more complex path through the water to extract more energy from its motion. SRI hasn’t yet determined the optimal path for the kite to follow, but they’re thinking that it might end up doing a series of flattened figure 8s as the line pays out. In general, the larger the motion and the higher the speed, the more power a kite of a given size can generate.

Anything moving at relatively high speeds through the water presents a potential risk to marine life, but SRI is very aware of this, and they’re doing a lot of work to make sure that anything swimming around near the Manta system will be as safe as possible. One way of doing that is through active collision avoidance (since the kite is steerable), but fundamentally, the kite is lightweight enough to not be all that dangerous. It’s also moving much more slowly than the blades of a turbine, and in some cases, it can still generate power through cross-stream motion even as it’s moving slower than the flow of the water itself.  [READ MORE]