Wearable Sensor Tracks How Much You Scratch 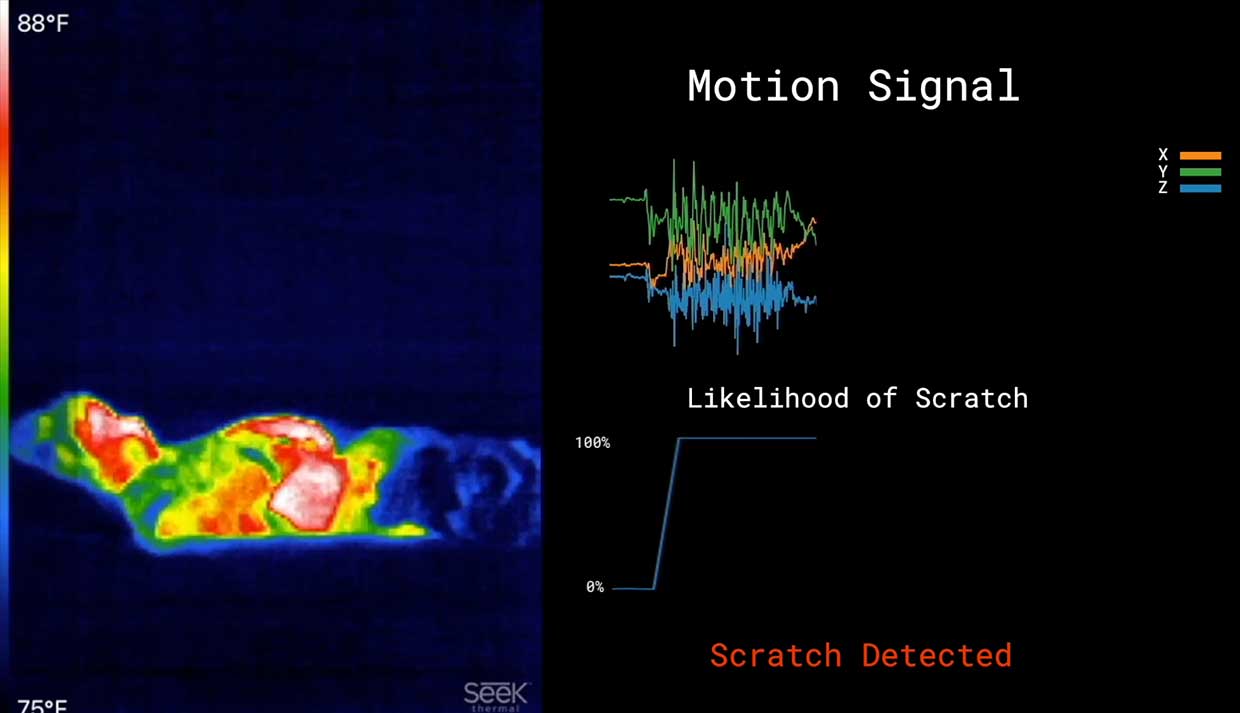 How much does it itch? That’s a question doctors often ask people with eczema and other itch-inducing ailments, but the answer is subjective and hard to quantify; like being asked to rate one’s pain using one of those emoji-face pain scales.

Today researchers report in Science Advances a wearable sensor that can accurately quantify how much a person is scratching. Worn on the back of the hand, the gadget uses both motion and vibration sensing to sense the hand’s activity. A machine learning algorithm then identifies the motion as either scratching or some other non-scratching hand motion.

“The ability to quantify scratching as an objective way to measure itch is really important across a wide range of medical conditions,” says Shuai (Steve) Xu, a board-certified dermatologist and biomedical engineer at Northwestern University. Itch is a key symptom of not only eczema and other skin disorders, but also liver disease, kidney disease and certain cancers.

In fact, itchiness is one of the main symptoms that reduce quality of life in these patients, says Xu, who co-developed the device with John Rogers at Northwestern. “Itch is miserable,” he says. “If you’ve ever had a bout of poison ivy, just imagine living with that day in and day out without reprieve.”

Measuring and quantifying itch could improve medical treatment for these patients. For example, it would give doctors and patients a more objective way to determine whether a medication is working. That’s particularly true for young children, who may not be able to articulate how their body changes over time.

Such a device could also improve clinical trials by giving drug companies and regulators objective data that show whether a drug works or not. “There are a lot of new drugs being developed for eczema by drug companies. What do they need? They need objective endpoints to show that their drug works, and the most important one is the quantification of itch,” Xu says.

Researchers have tried to use standard accelerometers paired with machine learning to monitor scratching, and Nestle Skin Health and Maruho even created an app for Apple Watch called Itch Tracker. But these devices have a tough time capturing scratching when only the fingers are moving, without wrist motion, says Xu.  [READ MORE]