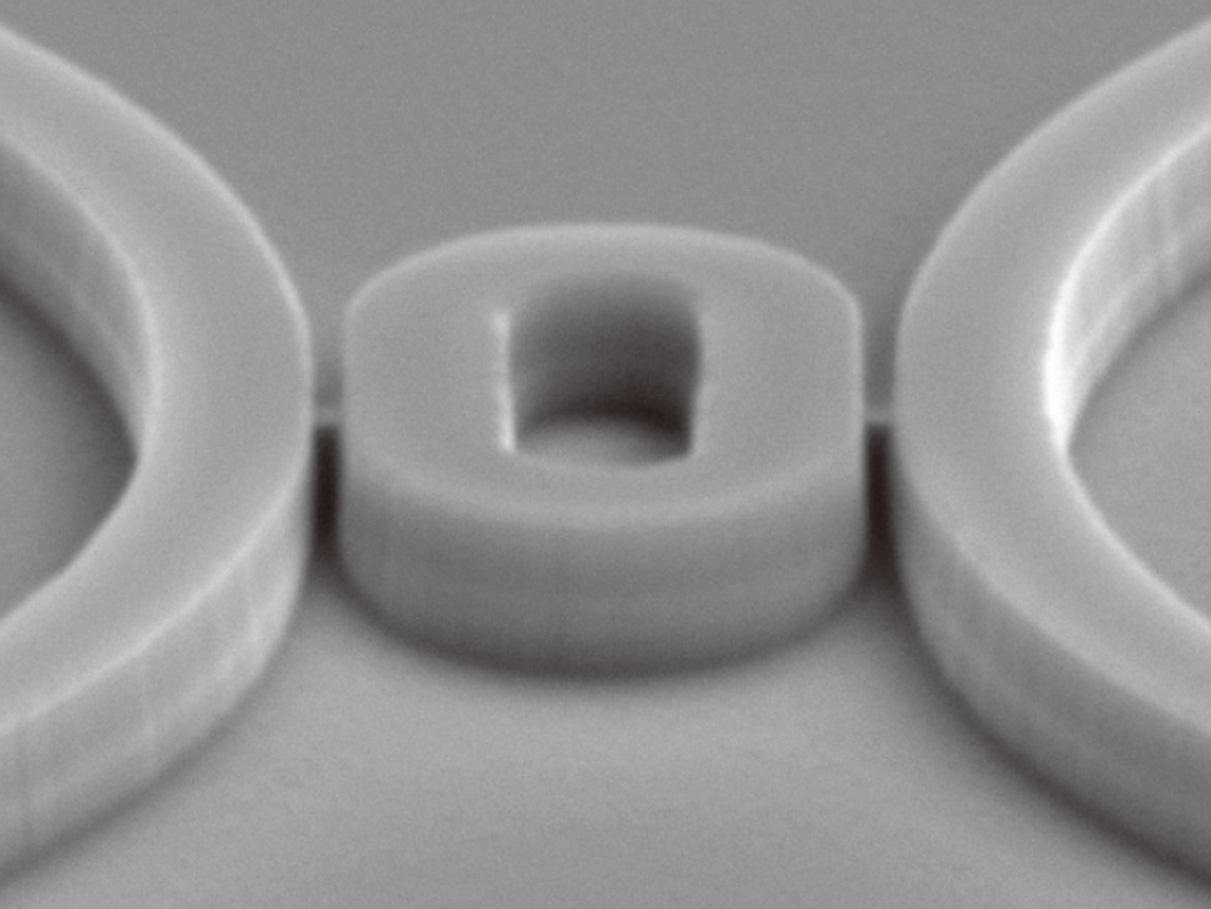 Novel devices known as topological lasers can prove more efficient at shining light than conventional lasers. Now scientists have created the first electrically driven topological laser that works at room temperature, which could find use in telecommunications.

Topology is the branch of mathematics that investigates what aspects of shapes can survive deformation. For example, an object shaped like a ring may deform into the shape of a mug, with the ring’s hole forming the hole in the cup’s handle. However, this object could not deform into a shape without a hole without changing into a fundamentally different shape.

Using insights from topology, researchers developed the first electronic topological insulators in 2007. These are insulating on the inside but conductive on the outside. Electrons traveling along the edges or surfaces of these materials strongly resist any disturbances that might change their flow, and are said to be “topologically protected.”

Scientists then designed photonic topological insulators in which light is similarly protected. These materials possess regular variations in their structures that let specific wavelengths of light flow along their exterior without scattering or losses—even around corners and imperfections.

The next step was the development of lasers that incorporate topological protection. Such topological lasers can efficiently produce light only in a single desired wavelength, instead of wasting power by also generating unwanted wavelengths. In addition, “they are less sensitive to imperfections that may happen during fabrication or operation,” which means they generate such pure light even if they have defects, says study senior author Mercedeh Khajavikhan, a physicist at the University of Southern California in Los Angeles. As such, topological lasers may see higher yields during production as well as more robust performance, she explains.

However, the first topological lasers each needed an external laser to excite them in order to work, limiting practical use. Recently, scientists developed electrically driven topological lasers, but these required cryogenic temperatures of -264 °C, also limiting their applications.

Now study lead author Jae-Hyuck Choi at the University of Southern California along with Khajavikhan and their colleagues have developed the first electrically pumped room-temperature topological laser. They detailed their findings online June 8 in the journal Nature Communications.

Conventional lasers possess one resonator cavity that stores light energy so that lasing can take place. One way to boost a laser’s output power is to give it a larger cavity, but this can result in the laser emitting several frequencies instead of just one. The new topological laser used its 10 by 10 grid of rings to serve as multiple coupled resonators, “like building a house with multiple rooms,” to help emit pure single-wavelength light, Khajavikhan says.

When electrodes at the edge of this array electrically pump this grid, the rings generate laser light at a wavelength of 1.5 microns, which is the most popular wavelength used in fiber optic communications. The size and geometry of the rings, the position of the rings in relation to each other, and the specific thicknesses and composition of the semiconductor layers help ensure the light in the laser is topologically protected.

Topological protection helped the laser work even if some of the rings were missing. The device’s topology also helped ensure the light it emitted was virtually all the desired wavelength—a similar array with rings in slightly different positions, and therefore different topology, emitted a less pure spectrum of light made of several different wavelengths.

“Topological photonics has opened up the possibility of shaping the interconnectivity between multiple resonators in order to realize new and improved functionality,” Khajavikhan says. “From social media to biological ecosystems, connectivity plays an important role in determining the function, success, and resiliency of a network.” [READ MORE]