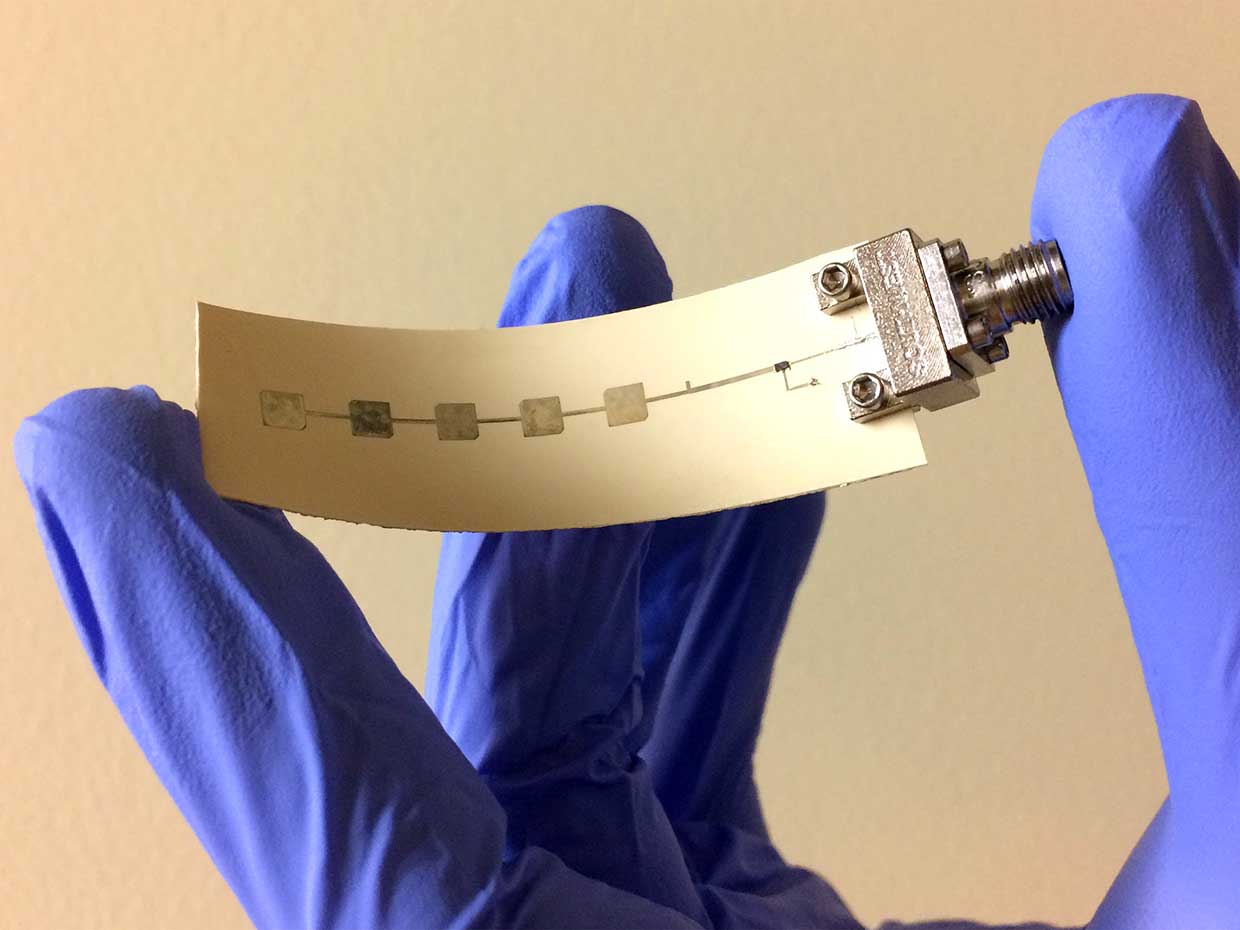 Backscatter radios encode data in reflected signals to offer wireless communications that consume as little energy as possible—but they can be limited by poor data rates. Now Georgia Tech and Heriot-Watt University scientists have developed backscatter radios capable of gigabit speeds, for potential use in the emerging Internet of Things and other devices, a new study finds.

However, the low frequencies that backscatter radios often employ and the strategies they use to encode data in reflected signals typically limit their data rates. For example, radio-frequency identification (RFID) tags, which often employ backscatter radios at sub-gigahertz frequencies, transmit data at only kilobits per second rates. At the 2.4 gigahertz frequency often used by WiFi and Bluetooth, backscatter is generally limited to hundreds of megabits per second.

Now scientists have developed a backscatter radio operating at millimeter-wave frequencies of 24 to 28 gigahertz, the kind used in upcoming 5G cell phones. The new device is capable of data rates of 2 gigabits per second over distances of 0.5 meters, consuming just 0.17 picojoules per bit. This means it requires thousands of times less power than standard radios—whereas commonly used millimeter-wave radio components consume 600 to 700 milliwatts of power, the new device uses roughly 0.5 milliwatts.

The new device consists of an antenna array and a single high-frequency transistor. The transistor can apply a voltage or not to make the antenna respectively either receive or reflect incoming signals.

However, the millimeter-wavelength radio signals this new device works with are easily absorbed by the air, walls and many other obstacles. The scientists tuned the composition and geometry of their antenna and transistor to help account for and minimize these losses.

More complex data-encoding schemes can increase data rates, “although the distance of communication will decrease,” says study co-author Spyridon Daskalakis, an electrical and computer engineer at Herriot-Watt University in Edinburgh, Scotland. “So we can get 10 gigabits per second, but the distance will be centimeters, or you can go for lower data rates but greater distances.”

Potential applications for the new device include those for high data rates over short distances and low power. “For example, you can imagine transferring lots of photos from your phone by placing it close to a reader and transmitting gigabytes of data in just seconds,” Daskalakis says. “You might also imagine this helping to transmit data within cars.”

The single transistor at the core of the backscatter radio is simple enough to manufacture using inkjet printing of silver nanoparticle inks on flexible polymer backings, drastically reducing fabrication costs and the amount of time needed to prototype new devices, the researchers say. [READ MORE]