Drones and Sensors Could Spot Fires Before They Go Wild 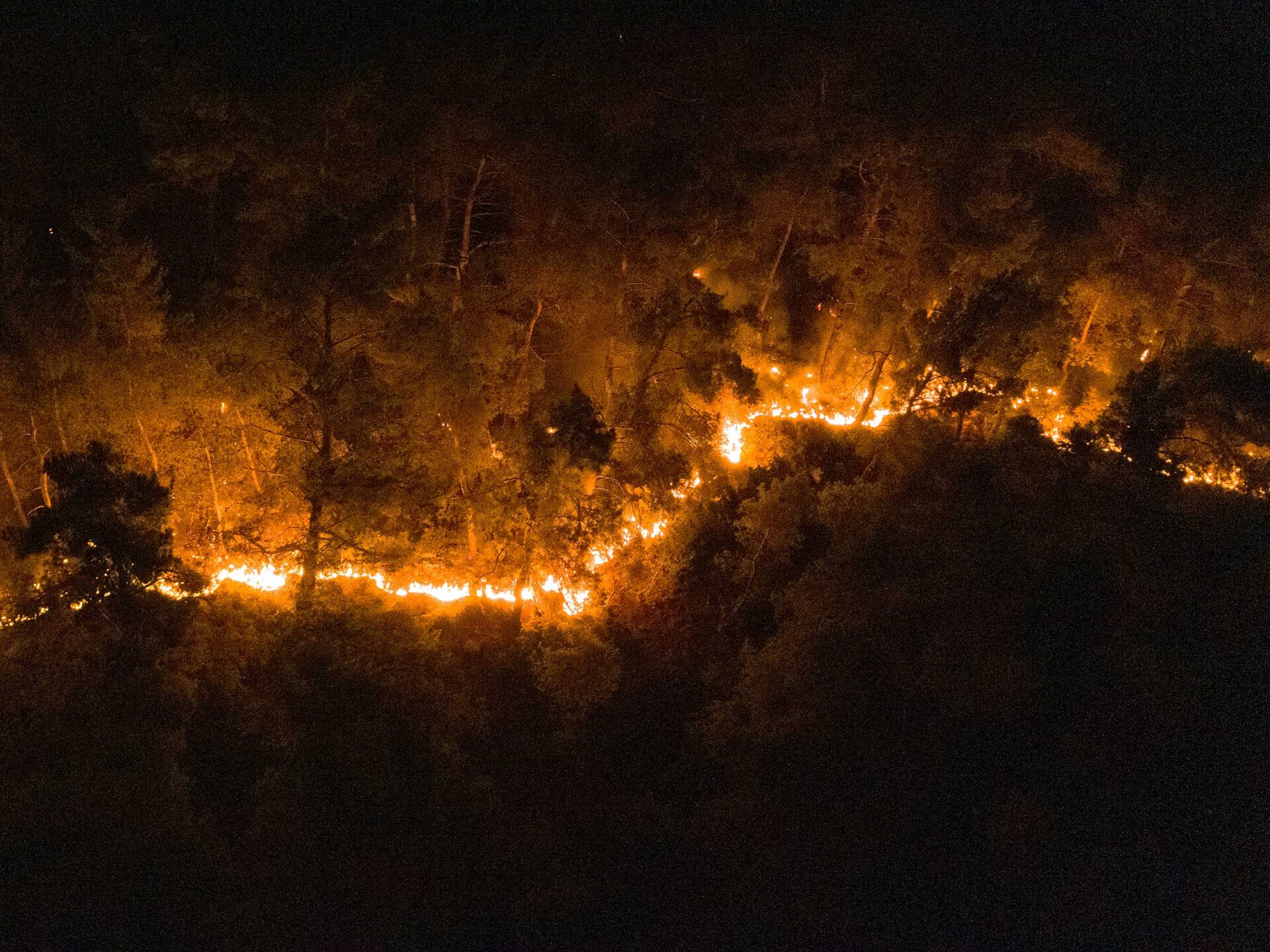 The speed at which a wildfire can rip through an area and wreak havoc is nothing short of awe-inspiring and terrifying. Early detection of these events is critical for fire management efforts, whether that involves calling in firefighters or evacuating nearby communities.

Currently, early fire detection in remote areas is typically done by satellite—but this approach can be hindered by cloud cover. What’s more, even the most advanced satellite systems detect fires once the burning area reaches an average seize of 18.4 km2 (7.1 square miles).

To detect wildfires earlier on, some researchers are proposing a novel solution that harnesses a network of Internet of Things (IoT) sensors and a fleet of drones, or unmanned aerial vehicles (UAVs). The researchers tested their approach through simulations, described in a study published May 5 in IEEE Internet of Things Journal, finding that it can detect fires that are just 2.5 km2 (just under one square mile) in size with near perfect accuracy.

Their idea is timely, as climate change is driving an increase in wildfires around many regions of the world, as seen recently in California and Australia.

“In the last few years, the number, frequency, and severity of wildfires have increased dramatically worldwide, significantly impacting countries’ economies, ecosystems, and communities. Wildfire management presents a significant challenge in which early fire detection is key,” emphasizes Osama Bushnaq, a senior researcher at the Autonomous Robotics Research Center of the Technology Innovation Institute in Abu Dhabi, who was involved in the study.

The approach that Bushnaq and his colleagues are proposing involves a network of IoT sensors scattered throughout regions of concern, such as a national park or forests situated near communities. If a fire ignites, IoT devices deployed in the area will detect it and wait until a patrolling UAV is within transmission range to report their measurements. If a UAV receives multiple positive detections by the IoT devices, it will notify the nearby firefighting department that a wildfire has been verified.

The researchers evaluated a number of different UAVs and IoT sensors based on cost and features to determine the optimal combinations. Next, they tested their UAV-IoT approach through simulations, whereby 420 IoT sensors were deployed per square kilometer of simulated forest and 18 UAVs patrolled the forest of area 400 square kilometers. The system could detect fires covering 2.5 km2 with greater than 99 percent accuracy. For smaller fires covering 0.5 km2 the approach yielded 69 percent accuracy.

These results suggest that, if an optimal number of UAVs and IoT devices are present, wildfires can be detected in much shorter time than with the satellite imaging. But Bushnaq acknowledges that this approach has its limitations. “UAV-IoT networks can only cover relatively smaller areas,” he explains. “Therefore, the UAV-IoT network would be particularly suitable for wildfire detection at high-risk regions.”

For these reasons, the researchers are proposing that UAV-IoT approach be used alongside satellite imaging, which can cover vast areas but with less wildfire detection speed and reliability.

Moving forward, the team plans to explore ways of further improving upon this approach, for example by optimizing the trajectory of the UAVs or addressing issues related to the battery life of UAVs.

Bushnaq envisions such UAV-IoT systems having much broader applications, too. “Although the system is designed for wildfire detection, it can be used for monitoring different forest parameters, such as wind speed, moisture content, or temperature estimation,” he says, noting that such a system could also be extended beyond the forest setting, for example by monitoring oil spills in bodies of water. [READ MORE]