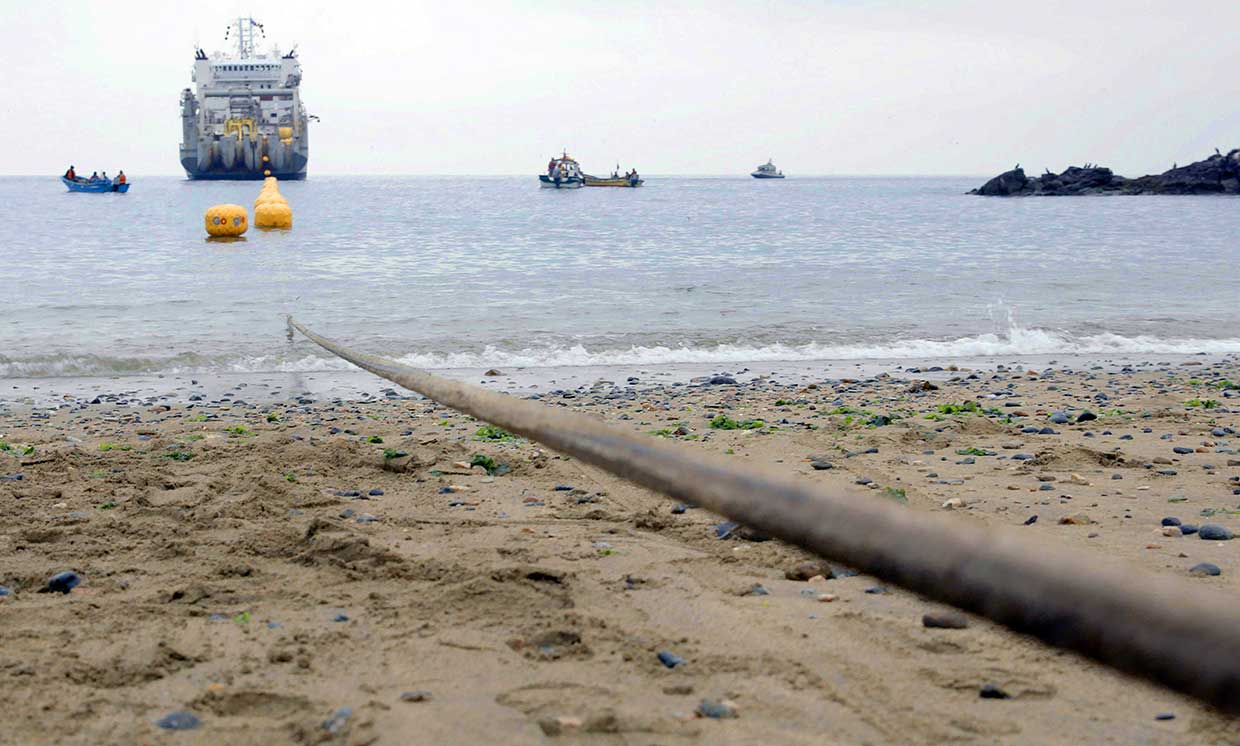 There’s a lot we don’t know about the ocean floor, thanks to crushing pressures and perpetual darkness. But there are still repercussions from what happens down there. Deep sea earthquakes, for example, can result in devastating tsunamis. So it would be nice to keep an eye on the ocean floor.

Fortunately, despite the remote and punishing environment, we already have a plethora of potential eyes on the bottom of the sea. There are around 400 fiber optic cables spanning the oceans. These cables are already the backbone of the global Internet—what if they could be the backbone of deep-sea monitoring and research efforts as well?

That’s precisely what a group of researchers from the California Institute of Technology, Google, and the University of L’Aquila in Italy have been working on. In a paper published in Optica, the group outlines a technique for using perturbations in the polarization of signals traveling through the fiber to detect undersea earthquakes and sea waves, like tsunamis.

“Most of the cables are four kilometers down in the ocean, and you cannot go down and see what’s going on down there,” says Antonio Mecozzi, a professor of physics at the University of L’Aquila and one of the paper’s co-authors. The researchers used Google’s Curie cable, which connects Los Angeles with Valparaiso, Chile.

The first thing the researchers discovered is that the Curie cable’s baseline level of polarization perturbations is remarkably stable. In other words, as the optical signals travel along the length of the cable, the polarization of those signals does not change much due to the cable itself. “The fact that the transmission system is so stable, it’s the reason why we could use it to measure [other vibrations],” says Mecozzi. “Only strong perturbations by earthquakes are able to affect the polarization in a way we can measure.”

The researchers found that by taking data readily available from the receivers at the ends of the Curie cable, they could hunt for the deviations from baseline levels that hinted at an earthquake or powerful underwater waves.

The technique still requires some development to make it more sensitive. As it is, Mecozzi says that if the cable had not had a stable baseline, the group likely would not have been able to pick out any further changes in polarization caused by quakes.

There’s also some needed refinement in how to detect different types of earthquakes. The researchers realized that quakes sometimes didn’t leave telltale perturbations. Curiously, whether or not an earthquake appeared in the receiver data was independent of the quake’s magnitude. The researchers aren’t sure exactly why some quakes showed up and some didn’t, but they have theories. [READ MORE]