For Precision, the Sapphire Clock Outshines Even the Best Atomic Clocks 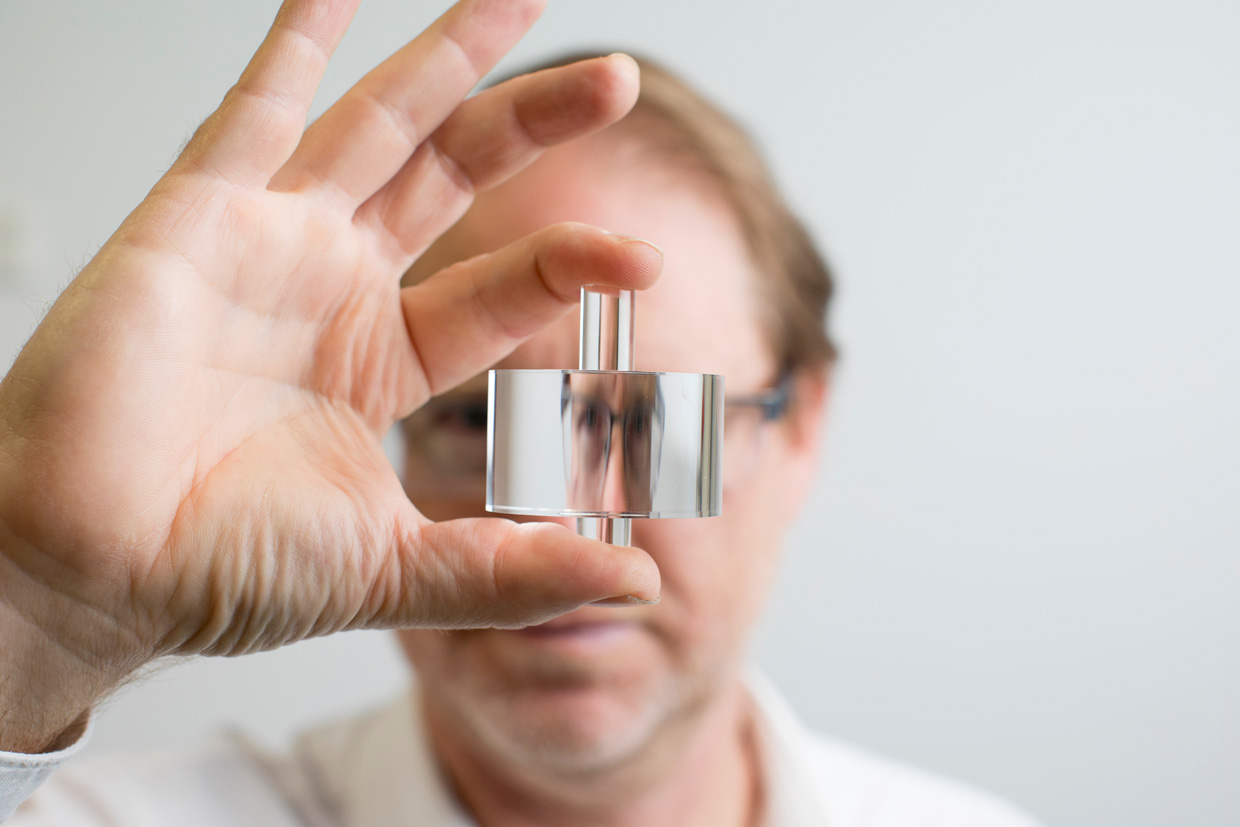 Breakthrough oscillator could set the pace for quantum computers

Tick, tick, tick. The rhythm of clocks is universal. But how exactly alike are those ticks? For some vital applications, even vanishingly small deviations can be a problem.

For those applications, help is on the way, in the form of the most precise clock yet created. Developed by Andre Luiten when he was completing his studies at the University of Western Australia, it’s built around a small, extremely cold crystal of sapphire. Luiten calls it the Cryogenic Sapphire Oscillator, and it could bolster technologies as varied as military radar and quantum computing. He and his colleagues are working on these applications at the University of Adelaide, also in Australia, where he now serves as director of the Institute for Photonics and Advanced Sensings.

The new clock—also known as the Sapphire Clock—isn’t better than an atomic clock; it’s different. That’s because accuracy and precision are different things: Accuracy is how well a clock can measure a true second, now defined as the time it takes cesium atoms under controlled conditions to oscillate between two energy states exactly 9,192,631,770 times. Since 2013, even more accurate types of atomic clocks have been built, but over 400 atomic clocks based on cesium-133 atoms are still used to create civil time across the globe. If you’re reading this article on a smartphone or a laptop, the time displayed on the edge of your screen is derived from one of those atomic clocks.

For many applications, such as satellite-based global positioning systems, accuracy is paramount. And make no mistake, even cesium atomic clocks are stunningly accurate. The NIST-F2 cesium clock operated by the U.S. National Institutes of Standards and Technology in Boulder, Colo., is so accurate that it would have to run for 300 million years to gain or lose a second.

But for some applications, accuracy is less important than precision. Precision has to do not with delineating the perfect second but rather with creating extremely regular ticks, or oscillations. Imagine a game of darts. Atomic clocks are able to land all their darts, or oscillations, broadly around the bull’s-eye so that the average position is right on target, even though any given dart might be a centimeter or two away from dead center. Luiten’s device doesn’t aim for the bull’s-eye: instead, it is able to land all its darts at exactly the same point on the dartboard. In other words, each tick is really, really, really just like another.

To achieve very high precision, Luiten needed to find a material that could sustain electromagnetic oscillations for longer than a beam of cesium atoms can. Another way of putting this is that he needed a crystal with a greater spectral purity, one that would respond only to an exceedingly narrow range of frequencies, almost like a low-loss guitar string that can vibrate for an extremely long time and thus at a very pure frequency.

That turned out to be sapphire, a crystal of aluminum oxide that can be synthesized in the laboratory. When cooled to –267 °C (6 kelvins) and made to oscillate, the symmetry of this type of crystal causes it to lose less energy than almost any other known material. This characteristic makes sapphire an ideal surface on which to propagate electromagnetic radiation. Diamond would work, but it’s costly in large, ultrapure samples. Silicon is cheap, but because it’s a semiconductor it would produce large electrical losses.

“We use a cylindrical chunk of sapphire that’s roughly the same size as the largest natural sapphire that’s ever been found,” Luiten says. “We inject microwaves, and they naturally travel around the circumference of the sapphire.”

The microwaves are injected at the same frequency as the sapphire’s natural resonance, causing them to ripple across the outer surface of the crystal like sound waves traveling along a curved wall. “When you whisper in St Paul’s in London, the sound travels around the entire circumference of the cathedral,” Luiten says. “We’re using the same idea, except only a particular set of frequencies work.”

To match the frequency to the natural resonance of sapphire—the point at which the waves of the “whisper” reinforce after each oscillation—Luiten and his colleagues in Adelaide adjust the temperature to take advantage of impurities in the crystal. “Sapphire is structurally robust, so when subjected to outside forces it still rings at the same frequency,” Luiten notes.

Unfortunately, sapphire’s remarkable properties manifest themselves only near absolute zero. So some method had to be found to keep the crystal supercold. In the early 1990s, when Luiten was doing his Ph.D., he would put the sapphire at the bottom of a giant Thermos flask and fill it up with liquid helium. But the liquid would boil away every six or seven days, and he and his colleagues would have to fill it again.

Luiten decided to install the sapphire in a cryogenic refrigerator, which uses helium gas to keep the crystal cold and stable. However, the gas arrived in high-pressure pulses that caused the temperature to fluctuate and the sapphire to shake, which degraded its ability to keep time. Luiten’s colleague John Hartnett pioneered methods to reduce the vibrations created by the cooling system, using metal-isolation techniques and a small bath of liquid helium instead of gaseous helium. [READ MORE]