For the First Time, Scientists Detect a Moving Photon Multiple Times Without Destroying It 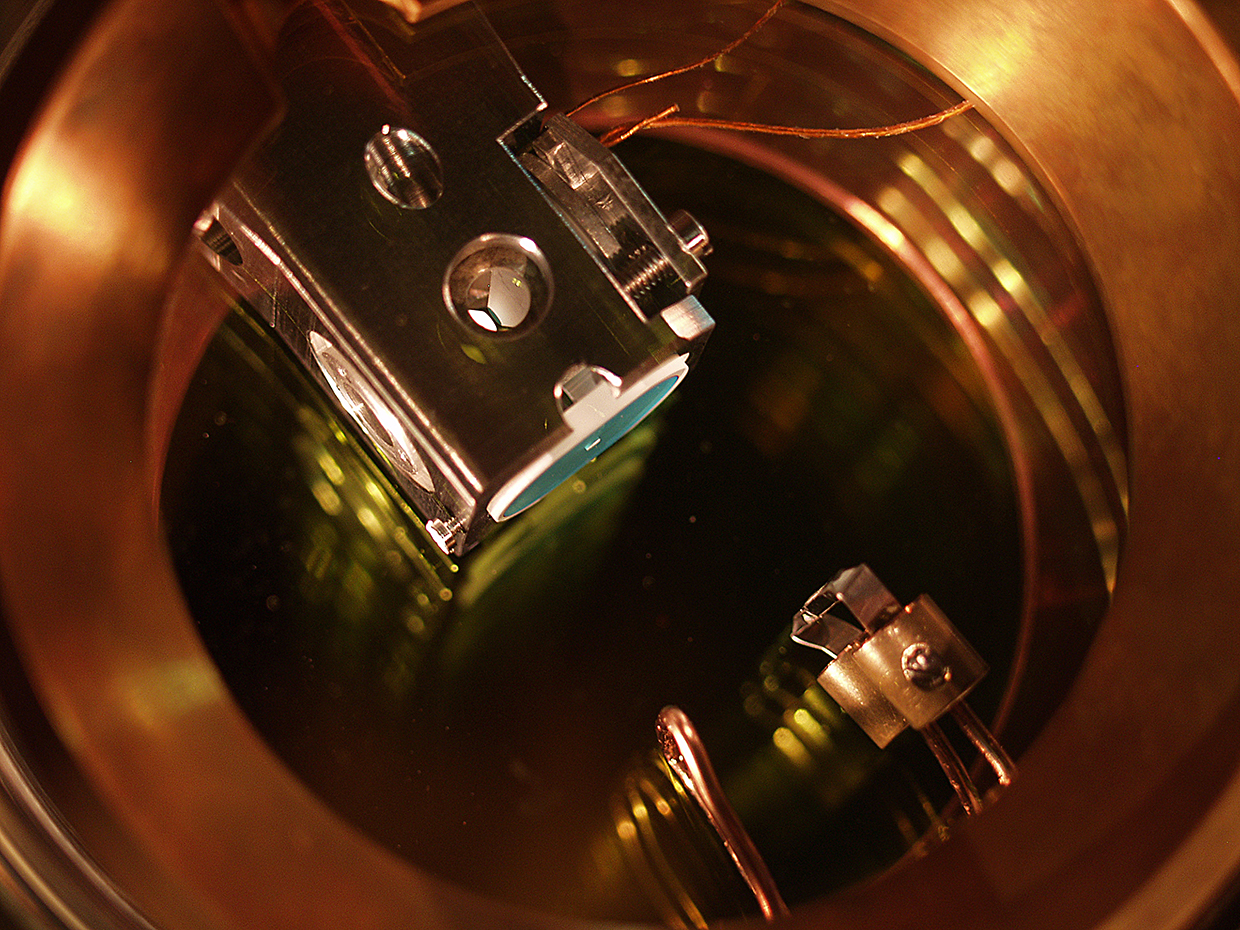 Boon for all things quantum

The act of detecting a photon typically destroys it. Now scientists have for the first time nondestructively detected a single traveling photon not just once, but multiple times. Such research could make future quantum communications networks and quantum computers faster and more robust, they say.

Quantum communications networks are in principle virtually unhackable, and quantum computers theoretically can be more powerful than any supercomputer. These devices often use photons for communications or computations.

Detecting photons typically requires absorbing them. However, in some applications, a single photon may carry valuable information, such as data needed for a quantum computation. In such cases, scientists would like to read out the photon’s data but also keep track of the photon as it travels in order to make sure it reaches its final destination successfully.

“No detector is ever 100% efficient—there’s always a chance may slip through not detected,” says study senior author Stephan Welte, a quantum physicist at the Max Planck Institute for Quantum Optics in Garching, Germany. With more than one detector linked together in a series, “you enhance the chance of detection.”

Previous research developed a number of different ways to detect a photon without destroying it, often by analyzing how the photon interacts with an ion, superconducting qubit or other quantum system. However, such techniques could either make a single nondestructive detection of a moving photon, or repeated nondestructive detections of a stationary photon trapped inside a cavity.

Now researchers in Germany have detected a single photon twice without destroying it as it flew down an optical fiber. They detailed their findings online June 25 in the journal Physical Review Letters.

In the new study, the scientists designed a nondestructive detector made of a single rubidium atom trapped within a reflective cavity. A photon entering the cavity reflects off its walls, altering the atom’s quantum state, which the researchers can monitor with laser pulses.

The researchers placed two of their cavity devices 60 meters apart, which could both detect the same photon without absorbing it. In principle, “an infinite number of these detectors could detect a photon an infinite number of times in a row,” Welte says. However, in practice, there is currently a roughly 33% chance a photon is lost whenever one of these detectors is used, he notes.

These new findings could one day help scientists keep track of photons in quantum technology. This could make such quantum systems faster by ensuring photons are successfully going where they should.

“Let’s say you want to share quantum information between Munich and New York,” says study lead author Emanuele Distante, a quantum physicist at the Max Planck Institute for Quantum Optics in Garching, Germany. “You can have many points in the middle to see if the photon made it through—you can check to see if it made it to Paris, for instance.”

If detectors find that a photon has gotten lost in transit, “you can then restart immediately,” Welte says. “You don’t have to wait to finish your whole transmission just to make sure it all went through.”

Although this new technique can help researchers detect moving photons multiple times without destroying them, the researchers do not think it can help one eavesdrop on quantum communication links. “It’s a bit like when you trace a parcel—you can detect where the parcel is, but learn nothing about its content,” Welte says. In much the same way, “the photon is a particle with some quantum information in it, and you can nondestructively detect it but not learn anything about its quantum information.”

In the future, the scientists want to show they can nondestructively detect entangled photons multiple times to show their work has use for quantum technologies, Distante says. Future research could also try reducing the chances of photon loss from the detectors using a number of different techniques, such as more reflective cavities, Welte adds. This could help them use more than two detectors to keep track of a photon. [READ MORE]