This Laser Scans Skies for Air Pollution and Greenhouse Gases 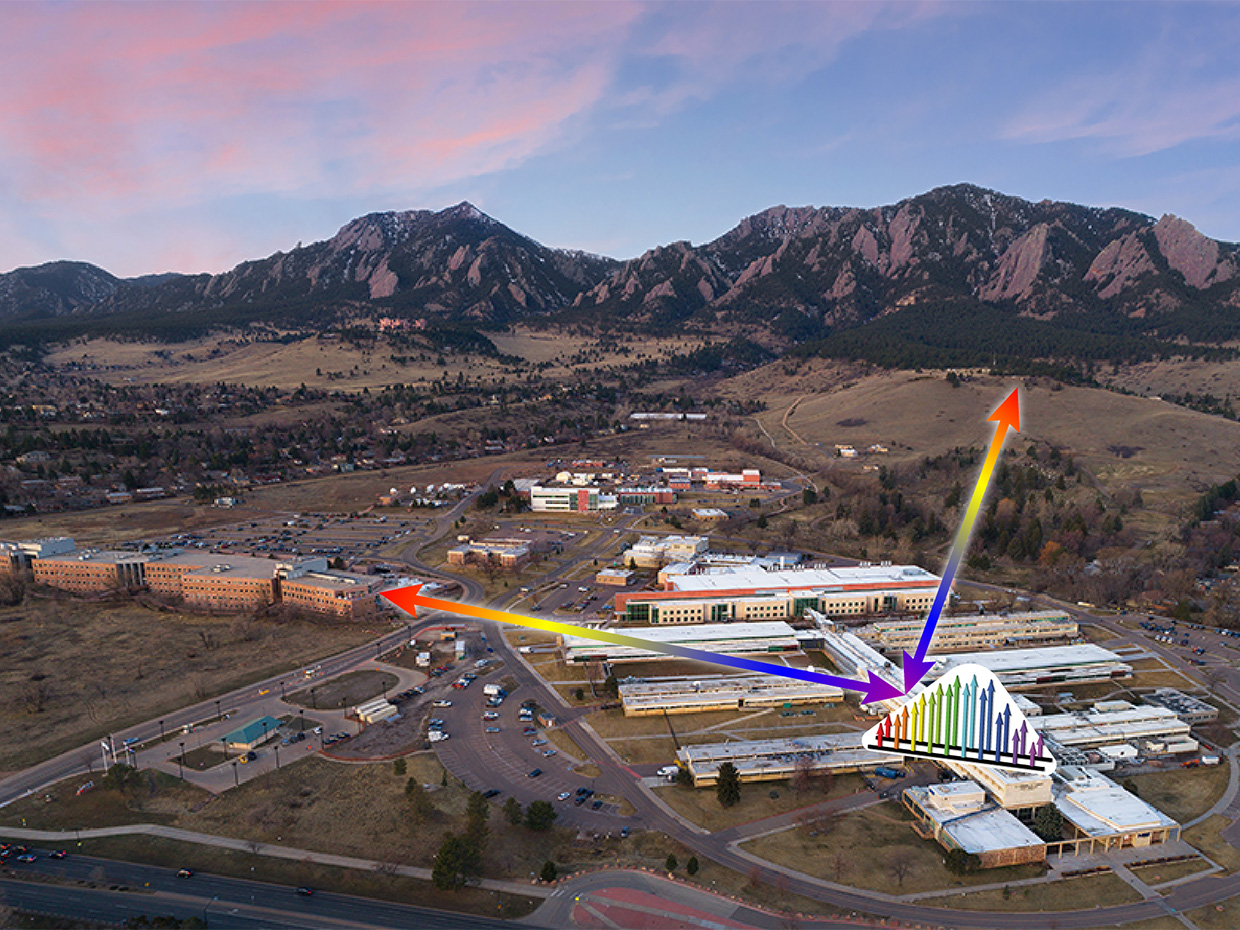 In a world gravely threatened by greenhouse gas emissions, actually measuring those greenhouse gases can be surprisingly tricky. You might need to grab a sample of the air or force it through an analyzer. And many of these techniques can only measure one greenhouse gas or one pollutant at a time.

Lasers, however, provide another way. While laser spectroscopic technology that tracks individual compounds have been around for decades, researchers at the National Institute of Standards and Technology (NIST) have developed a system that can measure four greenhouse gases at once: methane, carbon dioxide, water vapor, and nitrous oxide.

“It’s a nice, robust, sort of no-moving-parts package, but you still get really high spectral resolution,” says Kevin Cossel, a researcher at NIST who was part of the project.

The technology behind this package is called an optical frequency comb, a development that helped win the 2005 Nobel Prize in Physics. It’s essentially a tool that fires lasers at specific, evenly spaced, frequencies. As depicted on a spectral chart, those frequencies look like a comb, hence the name.

You can take advantage of the fact that frequency combs are very, very precise. In particular, scanning technology based on frequency combs relies on a dual-comb setup: using two combs with different frequencies and watching their interference patterns. It doesn’t have any complex gratings or moving parts.

NIST have been using combs for this purpose for several years now. Initially, the NIST researchers tuned their laser combs to wavelengths in the near-infrared, around 1.6 μm. That allowed the researchers to look at gases like methane, water vapor, and, of course, carbon dioxide.

This system also has another key characteristic: it’s open-pathed. Because the combs are tuned to frequencies that are less absorbed by features of the atmosphere, their lasers can go on for a distance—a kilometer, say—and see everything in between. Rather than looking at emissions from a single point, you can set up a grid to look at emissions over a designated area.

It also means that you can compare those measurements to larger-scale atmospheric models of gas emissions. “If you’re measuring over this open path, you’re already matching the grid size of the models,” says Cossel. “So the models might look at dispersion and air quality with grid sizes of hundreds of meters or a kilometer, for the really high-resolution ones. So you’re kind of matching that.”

One of the system’s initial focuses was on measuring methane, which has more potential to cause warming than carbon dioxide. Humans release methane from burning fossil fuels (especially oil and natural gas) and from industrial-scale agriculture (notoriously, burps and flatulence of ruminants like cows and sheep).

So the NIST group took their technology into the field—literally, to gauge the emissions from a field full of cows. It’s now widely used for that purpose. It’s also used to detect gas leaks.

But methane is only one piece of the greenhouse gas puzzle. The NIST researchers thought that, if they could lengthen their combs’ wavelengths—deeper into the infrared realms, closer 5 μm, which also allows for open paths—they could detect a few other gases. They’ve successfully tested the device and published their results in the journal Laser & Photonics Reviews in June.

So, in addition to carbon dioxide, methane, and water vapor, NIST’s system can now measure nitrous oxide. And on top of those four key greenhouse gases, the comb can also be used to measure ozone and carbon monoxide, both common air pollutants that are especially prevalent where there are loads of cars.

He hopes that, now that the technology’s been demonstrated to work, it can therefore be used to study things like urban air quality and the impacts of wildfires. He also wants to use it to study nitrous oxide emissions from traffic and from agriculture, which he says aren’t well-understood. [READ MORE]