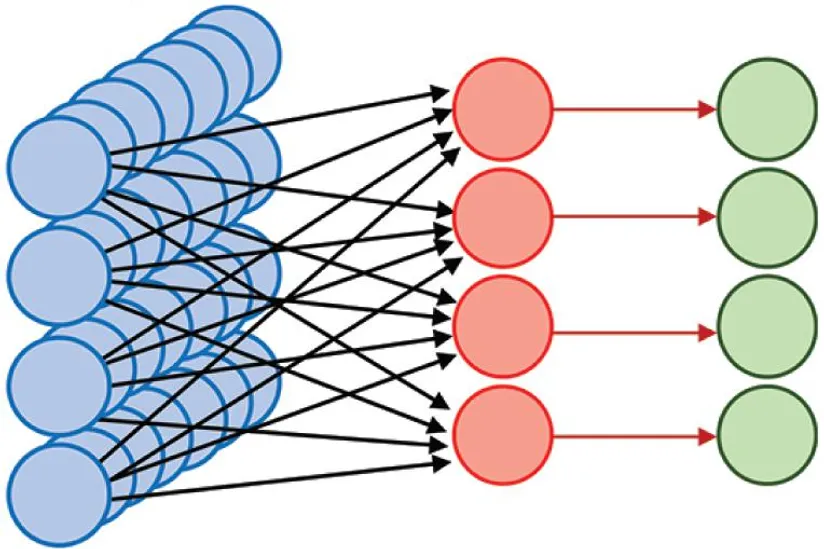 In each of our brains, 86 billion neurons work in parallel, processing inputs from senses and memories to produce the many feats of human cognition. The brains of other creatures are less broadly capable, but those animals often exhibit innate aptitudes for particular tasks, abilities honed by millions of years of evolution.

Most of us have seen animals doing clever things. Perhaps your house pet is an escape artist. Maybe you live near the migration path of birds or butterflies and celebrate their annual return. Or perhaps you have marveled at the seeming single-mindedness with which ants invade your pantry

Looking to such specialized nervous systems as a model for artificial intelligence may prove just as valuable, if not more so, than studying the human brain. Consider the brains of those ants in your pantry. Each has some 250,000 neurons. Larger insects have closer to 1 million. In my research at Sandia National Laboratories in Albuquerque, I study the brains of one of these larger insects, the dragonfly. I and my colleagues at Sandia, a national-security laboratory, hope to take advantage of these insects’ specializations to design computing systems optimized for tasks like intercepting an incoming missile or following an odor plume. By harnessing the speed, simplicity, and efficiency of the dragonfly nervous system, we aim to design computers that perform these functions faster and at a fraction of the power that conventional systems consume.

Looking to a dragonfly as a harbinger of future computer systems may seem counterintuitive. The developments in artificial intelligence and machine learning that make news are typically algorithms that mimic human intelligence or even surpass people’s abilities. Neural networks can already perform as well—if not better—than people at some specific tasks, such as detecting cancer in medical scans. And the potential of these neural networks stretches far beyond visual processing. The computer program AlphaZero, trained by self-play, is the best Go player in the world. Its sibling AI, AlphaStar, ranks among the best Starcraft II players.

Such feats, however, come at a cost. Developing these sophisticated systems requires massive amounts of processing power, generally available only to select institutions with the fastest supercomputers and the resources to support them. And the energy cost is off-putting. Recent estimates suggest that the carbon emissions resulting from developing and training a natural-language processing algorithm are greater than those produced by four cars over their lifetimes.

But does an artificial neural network really need to be large and complex to be useful? I believe it doesn’t. To reap the benefits of neural-inspired computers in the near term, we must strike a balance between simplicity and sophistication.

Which brings me back to the dragonfly, an animal with a brain that may provide precisely the right balance for certain applications.

If you have ever encountered a dragonfly, you already know how fast these beautiful creatures can zoom, and you’ve seen their incredible agility in the air. Maybe less obvious from casual observation is their excellent hunting ability: Dragonflies successfully capture up to 95 percent of the prey they pursue, eating hundreds of mosquitoes in a day.

The physical prowess of the dragonfly has certainly not gone unnoticed. For decades, U.S. agencies have experimented with using dragonfly-inspired designs for surveillance drones. Now it is time to turn our attention to the brain that controls this tiny hunting machine.

While dragonflies may not be able to play strategic games like Go, a dragonfly does demonstrate a form of strategy in the way it aims ahead of its prey’s current location to intercept its dinner. This takes calculations performed extremely fast—it typically takes a dragonfly just 50 milliseconds to start turning in response to a prey’s maneuver. It does this while tracking the angle between its head and its body, so that it knows which wings to flap faster to turn ahead of the prey. And it also tracks its own movements, because as the dragonfly turns, the prey will also appear to move. [READ MORE]