IoT-ize Your Old Gadgets With a Mechanical Hijacking Device 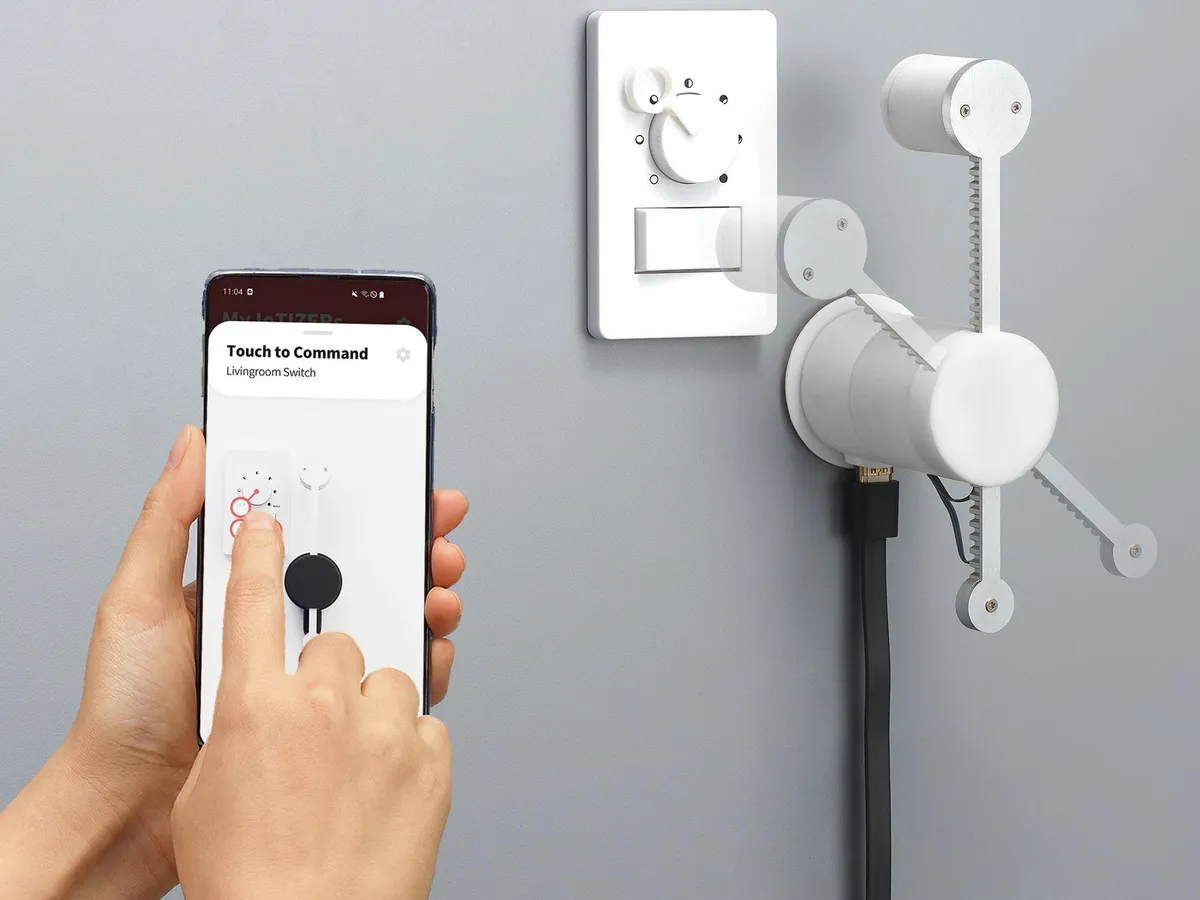 Just about every device you own is probably available with Internet connectivity. Whether or not every device you own actually needs Internet connectivity is up for debate. But if you want it, it’s there—as long as you’re able to afford it, of course. Connectivity usually comes at a premium, and it also usually involves buying a brand new whatever it is, because new hardware and software and services are required.

If connectivity is important to you, there aren’t many options for older devices. It’s not hard to turn them on and off with a connected socket adapter of some sort, but as you start to go back more than a few years, things become increasingly designed for direct human interaction rather than for the Internet, with buttons and switches and dials and whatnot.

IoTIZER is a prototype of a mechanical hijacking device (MHD), designed to replace human manipulation of existing products. As the name suggests, it can IoT-ize just about anything designed to be operated by a human, potentially giving a new connected life to your stuff.

The IoTIZER MHD is capable of handling just about anything with an interface that can be pushed, pulled, or twisted. It was inspired by a 2D plotter with the ability to rotate and extend, and also includes an extra degree of freedom that allows it to push buttons. A small stick-on adapter enables additional motions, like rotating knobs. Special attention was paid to the software, which was designed to be as easy to use as possible, making the MHD accessible for people without much in the way of technical background. Or, that was the idea, anyway.

As of right now, IoTIZER is a research-through-design project from KAIST in Korea. Part of the project involved putting some prototypes in the homes of potential users. According to the researchers, a number of the initial trial’s 14 participants liked the fact that the MHD was so customizable in terms of operating times, sequences, and conditions—adding functionality even to devices that already had some level of connectivity. And because MHD uses physical hardware to interact with physical interfaces, even non-technical users had success in setting it up. As one user commented, “I think it is easy, because I can do it while looking at the product. Well, I can just put it there and check.”

The paper doesn’t directly address the cost of the MHD, and with three motors and some other electronics in it, it’s not likely to be super cheap. I’d expect it to cost at least USD $100, although perhaps it could get somewhat cheaper in volume. If there’s one specific device that you’d like to automate in one specific, many cheaper alternatives may be available (like connected power switches), or it could even be cheaper to buy an entirely new device. But doing so is wasteful, whereas the MHD potentially gives a smart new life to many old things.

It’s also possible to build your own MHD device for cheap, if you know what you’re doing. But for the vast majority of people, a DIY approach isn’t practical, and buying something that works out of the box and comes with a friendly app seems like it would be worth a cost premium. Although, we should reiterate that the IoTIZER is not commercially available, and may never be commercially available, so if you’re really into the idea, a DIY version might be the way to go.

The researchers also share this interesting take on the future of MHDs at the end of their paper:

One potential solution to these challenges is a mechanical hijacking robot rather than a device. Recent technological developments are introducing personal service robots into the home. If these robots are commercialized before the full deployment of the IoT, they could more intelligently provide the MHD experience.

I’m fairly certain that personal service robots with the ability to manipulate objects the way IoTIZER can won’t be in most homes for at least a decade. Although, it’s interesting to think about what you might be able to do with the addition of a small camera that could recognize things like sounds or flashing buttons or basic text. Perhaps I just need to expand my idea of what a personal service robot actually is—if it’s just a little box with a couple of servos and some sensors that can intelligently hijack whatever I want it to, that could be good enough for me. [READ MORE]