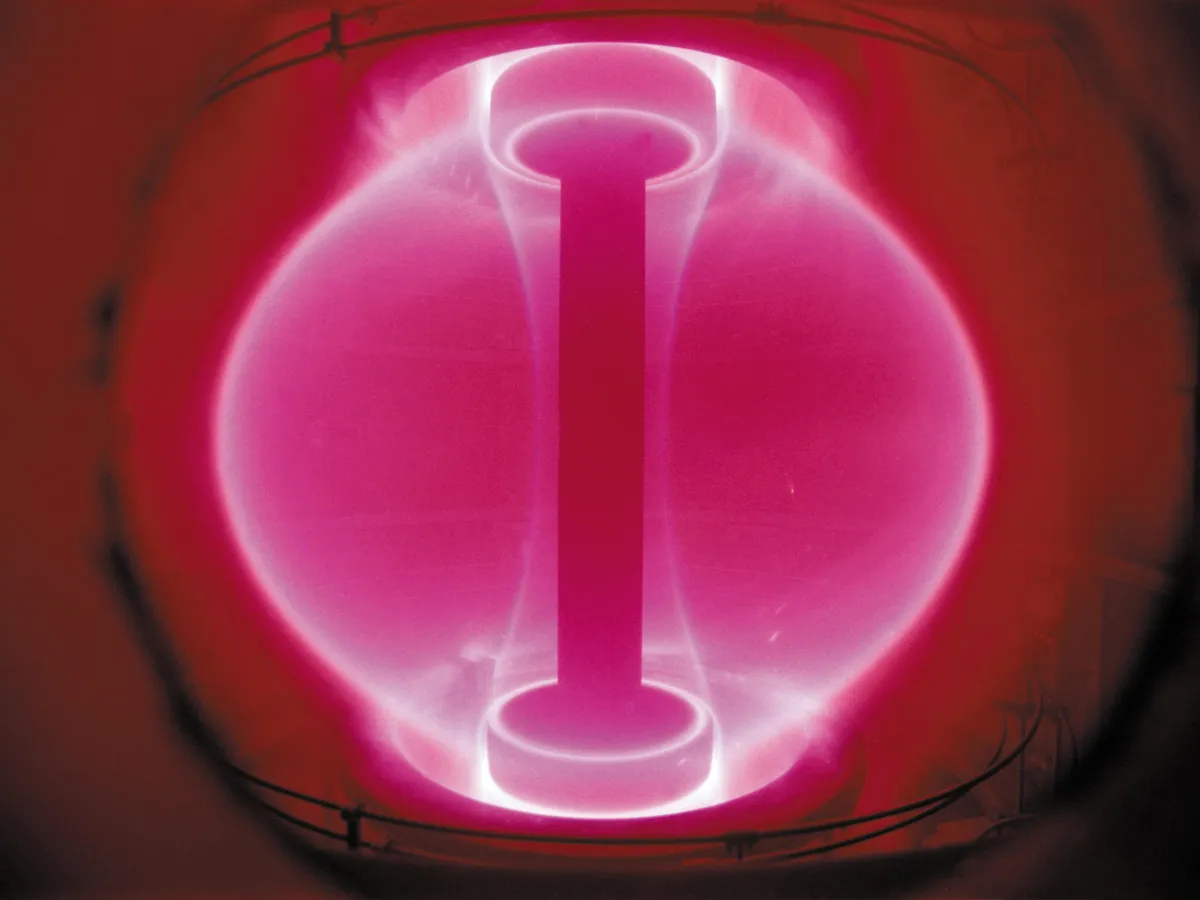 Since the 1940s, physicists have tried, but no one has yet created an efficient nuclear fusion reaction. Meanwhile, AI and machine learning (ML) have, across many industries and applications, proved themselves quite capable at detecting subtle patterns in data that humans can’t recognize. So could neural nets and the GPUs that power them help in nuclear fusion? The challenge, and it’s a big one, would be to accelerate the worldwide quest to tame instabilities in hot plasmas and ultimately provide a source of sustainable, and carbon-free power.

“Physicists, they develop theoretical models, they write equations, they manipulate things mathematically,” said Diogo Ferreira, a professor of information systems at the University of Lisbon’s Instituto Superior Técnico in Portugal. “But there is a limit to that.” AI, he says, can help.

Ferreira recently collaborated with colleagues working on the Joint European Torus (JET) in the UK in a study that detailed three different uses for AI, machine learning, and deep learning models for fusion research. Ferreira trained his models using diagnostic data from 48 sensors connected to the JET reactor, called bolometers, which collect power and radiation data.

One of Ferreira’s models predicts disruptions in a super-hot plasma. In the study, he explains that depending on how it is trained, the model can either predict the likelihood of disruption—which can result in a plasma escaping confinement, jolting equipment, drastically reducing the plasma’s temperature, and ending the reaction— or estimate the time at which that disruption will occur.

A second model detects anomalies in the plasma. Trained only on reactions where disruptions did not occur, the model can reproduce these “good” experiments. If the data originates in an experiment that ended in a disruption, the model can identify when and how the data diverges from that of a successful reaction. Scientists could use this process to better understand what ultimately leads to disruptions and eventually to run reactions in which disruptions are less likely.

Another application concerns visual representations of plasma radiation patterns. Performing brute-force, direct calculations, Ferriera says, can take 20 minutes for each reaction. By contrast, another model from Ferreira’s research group can produce similar images in seconds or even less. It’s so fast, Ferreira says it could one day be done during an experiment in real-time.

Researchers at the University of Washington, including Kyle Morgan and Chris Hansen, recently published a study detailing a method that uses machine learning to predict the behavior of a plasma. Their model, which uses a statistical technique called regression, essentially throws out scenarios that lead to nonsensical results, enabling it to use less data, less computational power, and less time. Hansen says that although the model in the study doesn’t work quickly enough to use during an experiment, he thinks that it eventually could. The researchers published another recent study that used a single GPU to control a fusion experiment that had previously required several computers. This kind of powerful system, Hansen says, could eventually be used to run the model quickly enough that it would be useful during an experiment.

Other methods can be used before or after an experiment. In a recent study, Stefano Markidis, an associate professor of computer science at KTH Royal Institute of Technology in Stockholm, Sweden, along with his colleague Xavier Aguilar, created a deep learning model that solves one of the more computationally intensive steps of determining information on a plasma–calculating its electric field. The method was faster, and in some cases, more accurate than the traditional method involving complex mathematical equations.

AI and machine learning are not without their disadvantages in nuclear fusion systems. Machine learning algorithms, especially deep learning models, are “black boxes”–it isn’t always possible to know how a model gets its results. But by working with these algorithms, scientists can glean bits of what these models see, and learn more about the physics of plasma and fusion.

“At the end of the day, it’s going to be our minds that [will] solve the fusion problem,” he says. “It’s just a matter of what tools we use, and AI and machine learning will be a key tool.” [READ MORE]