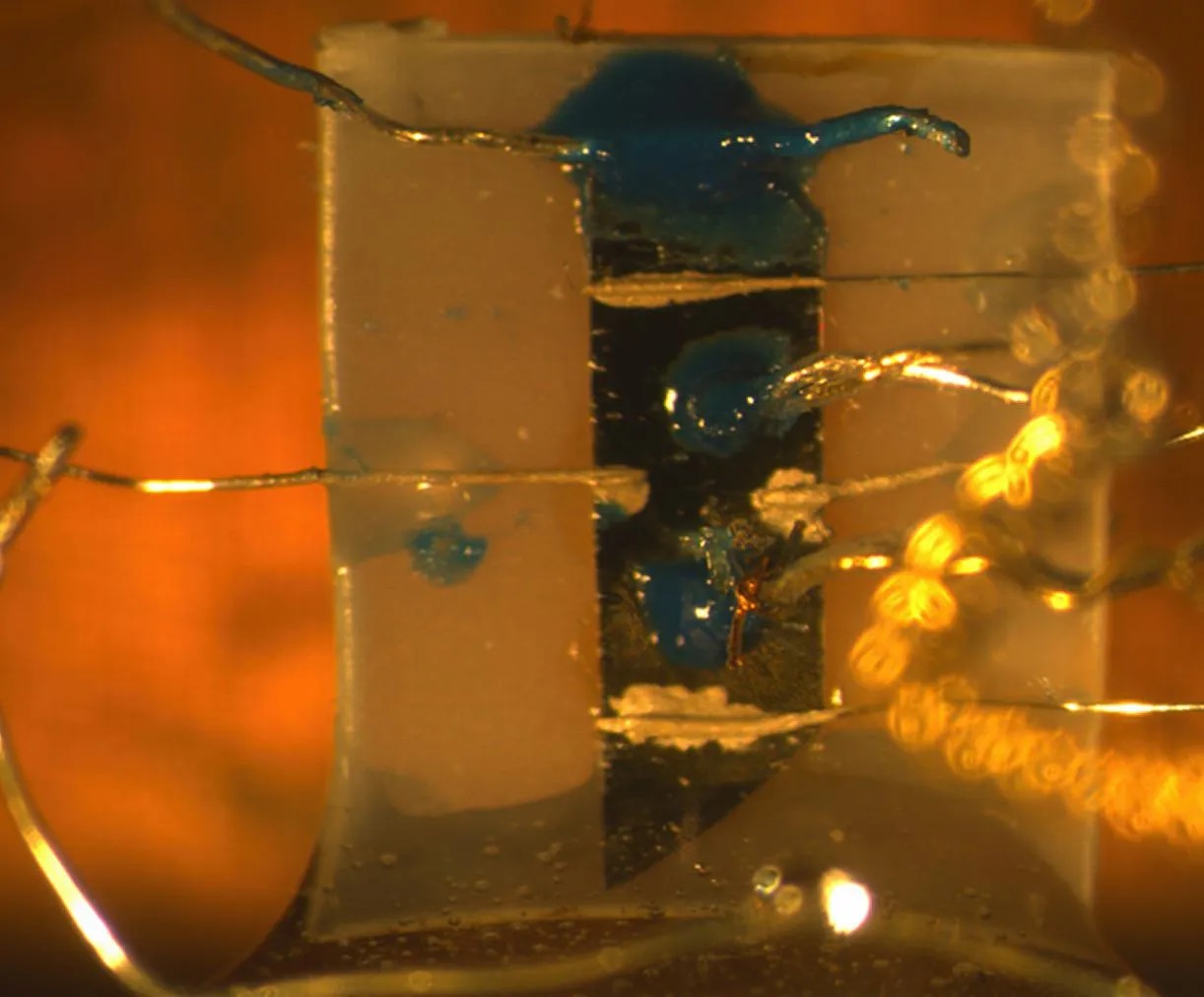 Experiments have now revealed a new state of matter—electron quadruplets—which researchers suggest may one day lead to new kinds of sensors as well as untold other novel applications.

The new discovery invites comparisons to the mechanisms underlying superconductors, materials that conduct electricity without dissipating energy. Superconductivity relies on electrons not repelling each other as they do in ordinary materials, but instead forming weakly bonded duos known as Cooper pairs, which can flow with zero resistance.

Nearly 20 years ago, study senior author Egor Babaev, a theoretical physicist now at the KTH Royal Institute of Technology in Stockholm, Sweden, and his colleagues suggested it was also possible for electrons to form quartets. They later predicted electron quadruplets could form within materials such as barium potassium iron arsenide.

“This is a new state of matter, that we believe is no less interesting than superconductivity and superfluidity,” Babaev says.

The researchers suggested these “quartic phases” could arise before materials achieved superconducting states, when temperature and other conditions prevented the condensation of Cooper pairs but allowed the formation of electron foursomes.

“At that time our theoretical works were considered something impossible by most people and did not have any resonance in the community,” Babaev says.

The first experimental glimpses of this novel state happened accidentally in 2017, when study lead author Vadim Grinenko, an experimental physicist at the Technical University of Dresden in Germany, and his colleagues discovered superconductivity in barium potassium iron arsenide. They discovered thermal, electrical and magnetic anomalies they could not account for even though “a great effort was taken to make better measurements to get rid of that impossible effect,” Grinenko recalls.

After Babaev and Grinenko met by chance at a 2018 conference in Stockholm, Babaev realized Grinenko potentially discovered electron quadruplets. Substantiating their findings enough for a scientific journal to accept took more than three more years of research, they recall.

“In our work, we report the first experimental realization of the quadrupling state,” Grinenko says.

One exotic property of the quartic state is “there are spontaneously forming flows that produce local magnetic fields,” Babaev says. Such spontaneous currents and magnetic fields are not seen with Cooper pairs and typical superconductors, he notes.

It remains uncertain what applications this new discovery might hold, if any. However, the ways in which quartets of electrons can move in relation to each other can be significantly more complex than seen with pairs of electrons, so “we expect that a lot of new physics will be revealed, inevitably resulting in new applications,” Babaev says. Grinenko does add the unconventional properties that appear with electron quartets could potentially find use in sensors.

The researchers predict there are many more materials where electron quadruplets can form. “Detection of this state is subtle and requires complex studies, and therefore it may have been overlooked in some already known materials,” Grinenko says. He adds that electron quadruplets could be a quite general phenomenon, especially in two-dimensional films. [READ MORE]