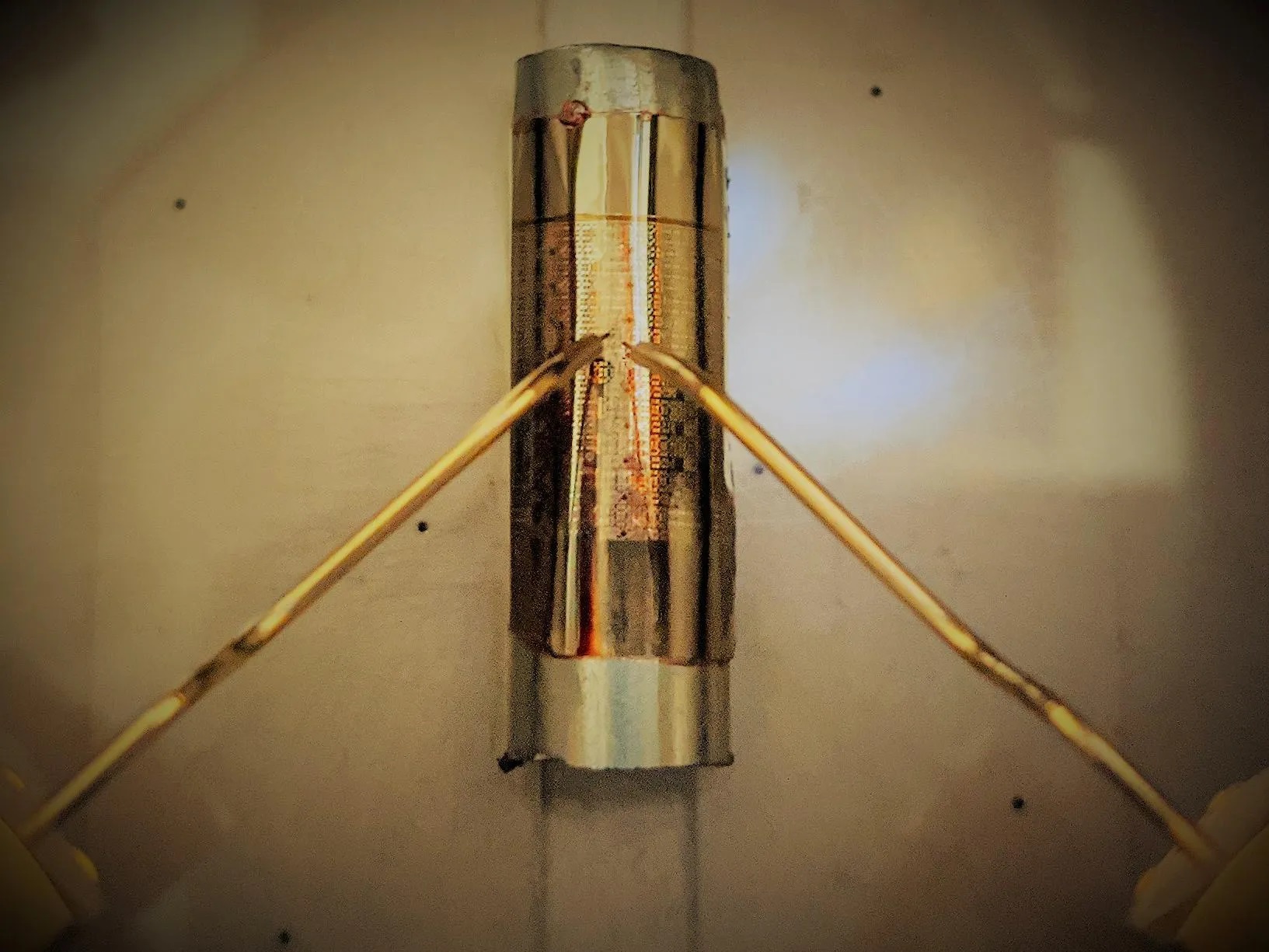 For stick-on displays, smart bandages, and cheap flexible plastic sensors to really take off, they’ll need some way of storing data for the long-term that can be built on plastic. “In the ecosystem of flexible electronics, having memory options is very important,” says Stanford electrical engineering professor Eric Pop.

But versions of today’s non-volatile memories, such as Flash, aren’t a great fit. So when Pop and his team of engineers decided to try adapting a type of phase-change memory to plastic, they figured it would be a long shot. What they came up with was a surprise—a memory that actually works better because it’s built on plastic. The energy needed to reset the memory, a critical feature for this type of device, is an order of magnitude lower than previous flexible versions. They reported their findings this week in Science.

Phase-change memory (PCM) is not an obvious win for plastic electronics. It stores its bit as a resistive state. In its crystalline phase, it has a low resistance. But running enough current through the device melts the crystal, allowing it to then freeze in an amorphous phase that is more resistive. The process is reversible. Importantly, especially for experimental neuromorphic systems, PCM can store intermediate levels of resistance. So a single device can store more than one bit of data.

Unfortunately, the usual set of materials involved doesn’t work well on flexible substrates like plastic. The problem is “programming current density”: Basically, how much current do you need to pump through a given area in order to heat it up to the temperature at which the phase change takes place? The uneven surface of bendy plastic means PCM cells using the usual materials can’t be made as small as they are on silicon, requiring more current to achieve the same switching temperature.

Think of it as trying to bake a pie in an oven with the door slightly ajar. It will work, but it takes a lot more time and energy. Pop and his colleagues were looking for a way to close the oven door.

They decided to try a material called a superlattice, crystals made from repeating nanometers-thick layers of different materials. Junji Tominaga and researchers at the National Institute of Applied Industrial Science and Technology in Tsukuba, Japan had reported promising results back in 2011 using a superlattice composed of germanium, antimony, and tellurium. Studying these superlattices, Pop and his colleagues concluded that they should be very thermally insulating, because in its crystalline form there are atomic-scale gaps between the layers. These “van der Waals-like gaps” restrict both the flow of current and, crucially, heat. So when current is forced through, the heat doesn’t quickly drain away from the superlattice, and that means it takes less energy to switch from one phase to another.

But the superlattice work was hardly a slam dunk. “We started working on it several years ago, but we really struggled and almost gave up,” says Pop. The superlattice works if the van der Waals gaps are oriented parallel to each other and without major mixing between layers, Pop explains. But the peculiarities of the material deposition equipment involved mean that “just because they published their parameters in Japan, doesn’t mean you can use them in a tool in Palo Alto.”

Asir Intisar Khan, a doctoral candidate working with Pop, had to push through a trial-and-error process that involved more than 100 attempts to produce superlattices with the right van der Waals gaps. [READ MORE]