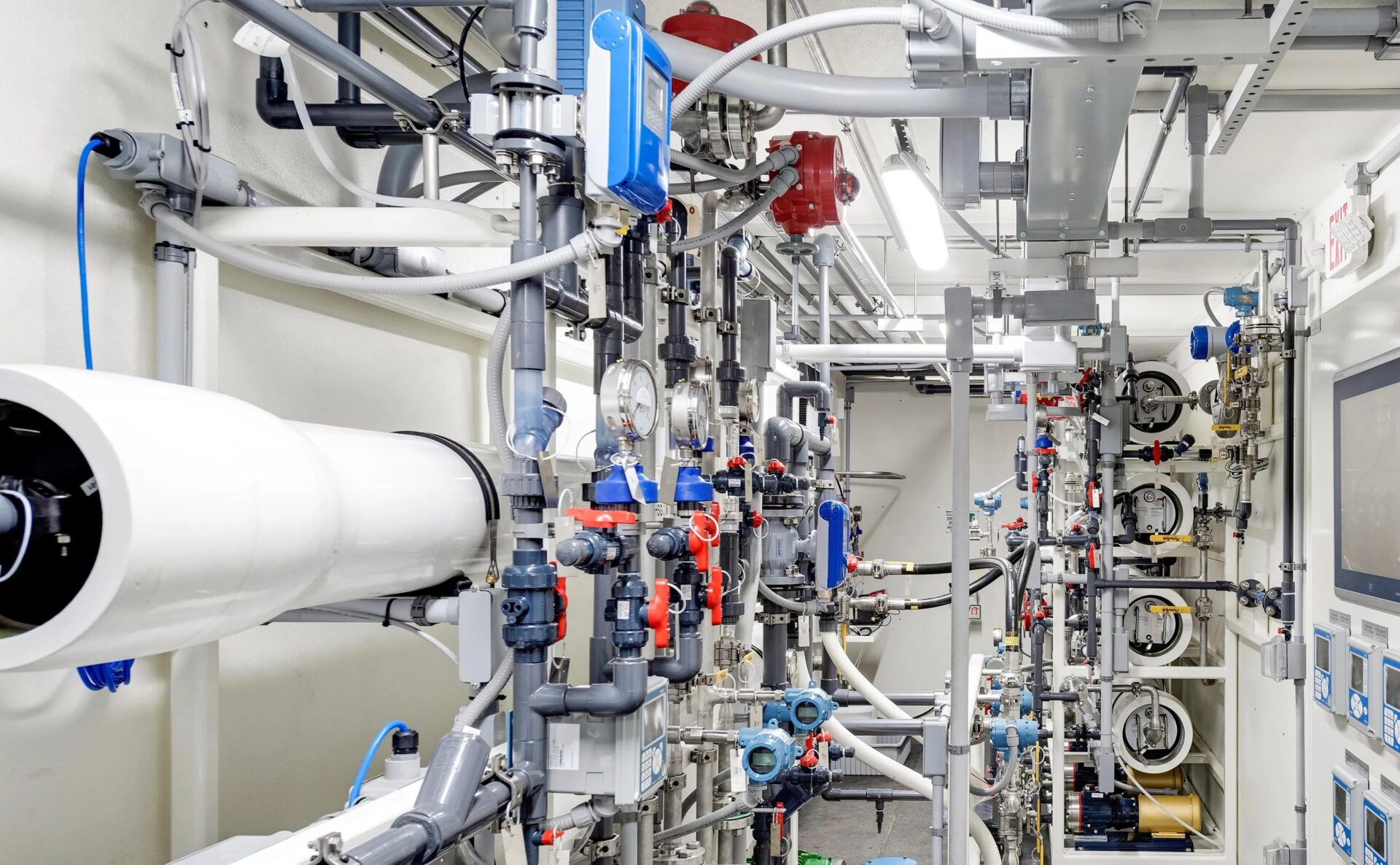 In these days of seemingly never-ending chip shortages, more and greater varieties of semiconductors are in demand. Chip fabs around the world are now racing to catch up to the world’s many microelectronic needs. And chip fabs need a lot of water to operate.

By some estimates, a large chip fab can use up to 10 million gallons of water a day, which is equivalent to the water consumption of roughly 300,000 households.

While semiconductor companies have long understood that water access is a key element to their business, over the past decade that awareness has become more acute. Back in 2015, a drought in Taiwan (where 11 of the 14 largest fabs in the world are located), led Taiwan Semiconductor Manufacturing Co. to open up its plants to inspection to demonstrate their water conservation efforts. Also in 2015, Intel made it known that it had reduced its water consumption by over 40 percent from its 2010 levels in response to the arid conditions at the sites where its plants are located.

“Conventional treatment of wastewater at semiconductor plants had recycled anywhere from 40 percent to 70 percent of water used in their processes,” explains Govindan. “Some manufacturers still only recycle 40 percent of the water they use.”

However, over the past two years Gradiant has been working with semiconductor plants, improving their water reuse so that they’re able to recycle 98 percent of the water they use. So, instead of bringing in 10 million gallons of freshwater a day from outside, these new recycling technologies mean they need to draw only 200,000 gallons of water from outside the plant to operate.

While reverse osmosis techniques depend on high pressure that typically demands a lot of energy, Gradiant has developed a thermodynamic balancing technique that minimizes the driving force across the filtering membrane, therefore reducing the energy consumption for a given amount of water treated.

The water scarcity problem for Taiwan fabs has become even more acute in the past year due to new drought conditions. This has led the Taiwan fabs to adopt the latest water recycling technologies more rapidly than fabs in other geographic locations, with an eye toward fending off any interruptions to their production.

“There are three drivers for adopting more effective water recycling technologies,” said Govindan. “The first is an interruption to the continuity of business; this is the situation in which Taiwan fabs found themselves when they began to face localized climate conditions that have been unusually dry. The second is sustainability concerns, which is a driver for fabs in Singapore and other locations. And the third is just cost savings, which is the main concern at this point for U.S. fabs.”

While an interruption to the continuity of business is clearly the most pressing driver, sustainability and cost savings ultimately lead to the business continuity issues too, according to Govindan.

“Most, if not all, corporate boards get reports on sustainability factors, said Govindan. “Some microchip manufacturers have even signed up for the net-zero water consumption pledge from the U.N. So, sustainability is a massive driver.”

The semiconductor industry’s concerns on issues of sustainability track along with how the industry has evolved over the past 20 years. As feature sizes have become smaller, the level of contaminants chips can tolerate and the level of toxic chemicals they use have changed. What was applicable 20 years ago in Mountain View, Calif., when Fairchild did chip manufacturing there is completely different from what the Micron plant in Idaho is doing today.

While sustainability is shaping up to be a key outside driver for water recycling efforts, the primary driver is almost always cost savings. In Arizona, for example, the cost of finding, sourcing, and using freshwater is high enough that a company like Gradiant can save a company a great deal of money simply by recycling the water it does manage to acquire. “Our cost of treatment is typically lower than the cost of sourcing and disposal,” adds Govindan. [READ MORE]